San Jose Earthquakes host the Colorado Rapids on Saturday night, as part of the last MLS fixture of the weekend! Therefore, we’re expecting a great contest to conclude this weekend’s games. Finishing this weekend, who will take three points from their opponents?

As well as our betting tip, we’re going to tell you all you need to know about the two teams’ current season, touching on how they’ve done in 2021. Then, we’ll look at all of the statistical highlights for the upcoming fixture, before revealing our betting tip for the match! First, though, let’s see how each team is getting on in the MLS heading into the final stages of the regular season. Unbeaten in their latest nine league games, it’s safe to say that San Jose Earthquakes are on an excellent run of form, and will be looking to continue this for the rest of the season. There have been some extremely impressive results for San Jose, including in their latest game, a 2-1 away win against conference rivals LA Galaxy. There was also a win on the road against Seattle Sounders, who are currently top in the west. This will certainly give the home team confidence, despite the fact that this upcoming game against Colorado will be a tough contest. 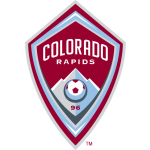 Colorado Challenging For Top Spot of the West

Colorado Rapids are one of the top teams in the Western Conference, and currently have two games in hand on the Sounders in the No.1 spot. In their last six games, the Rapids have not lost, including some good results against close rivals. Two in particular that stand out as a highlight are a 2-1 away win against LA Galaxy - exactly like their upcoming opponent did - and a 1-1 draw in their latest game against top rivals, Sporting KC. With both teams on good runs of form, Colorado will want to continue their run of form, and extend the unbeaten run to seven.

The last five head to head results between the pair of teams makes for some interesting reading. The two teams clashed on the pitch less than a month ago, which ended in a 1-1 stalemate. This was part of both team’s unbeaten form, so it will be intriguing to see what changes this time around. Another emphasized stat when looking at the previous encounters is the high volume of goals involved whenever these two teams meet. Will we see a repeat this time around?

Before we go on to explain our betting tip for the upcoming contest, this section will show you everything you need to know about the two teams’ past meetings. The last five scores you can find below, as well as the statistical highlights.

Given all of the above information, we’ve decided that it’s likely this will be an extremely exciting game and both teams will find the back of the net in this game. However, with the quality they’ve shown this season, it will be a win on the road for Colorado Rapids!

That’s right - we’re backing Colorado Rapids to get an extremely important victory on the road against a tough San Jose side, who are on a good run of form! However, the away team has a great opportunity to go top of the Western Conference, if they are able to win their games in hand on their rivals. Therefore, we think they will attack as much as they can at the weekend, and they have the quality up front to score more than one against their opponent.

If you sign up and create a betting account with Borgata, you can find plenty of MLS betting markets to take advantage of! For San Jose vs Colorado, you can bet on an away win & both teams to score at odds of +340 - make the most of it today!

Up to
$500
95/100
Claim Promo
T&Cs apply, 21+
×
Your Bonus Code:
The bonus offer of was already opened in an additional window. If not, you can open it also by clicking the following link: