NBA returns to action after the All-Star break, and we have our NBA betting tips ready for you. For today’s NBA betting tips, we have analyzed Phoenix Suns taking on Oklahoma City Thunder at the Paycom Center.

The Suns have been the most in-form side in the NBA before the break and were storming through every team they faced. Will Oklahoma stand any chance against the Suns, or will CP3 and co continue their impressive winning run?

The Suns have arguably been the best side in the NBA this season and lead the Western Conference with 48 wins and only 10 losses. They have the best record in the league so far with Golden State Warriors at a distant second on 17 losses. They have played 23 games since the turn of the year and have lost just twice, 123-100 loss to the Heat in early January, followed by a 115-124 loss to Atalanta Hawks in early February. They are also on a 7-match winning streak since the defeat to the Hawks and defeated Houston Rockets 121-124 in their last match. 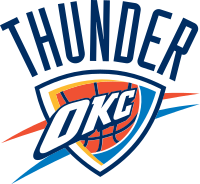 The hosts have had a poor season so far and are at 2nd from bottom in the Western Conference, having won only 18 matches while losing 40. They have played 10 matches in February so far with 4 wins and 6 losses. However, Thunder has won only once in their last 7 matches, which came against a lackluster New York Knicks side by 127-123 after overtime. Their last match before the break saw them facing the Spurs in Oklahoma and lost 114-106.

The two sides have met twice already this season, both at Phoenix and the Suns won on either occasion while also covering the spread in either game. The first meeting 2 days before Christmas saw a scoreline of 101-113 for the Suns. Subsequently, they met again 2 days after Christmas, which saw a scoreline of 97-115. The Suns have also won in the last 4 meetings between the teams and have also won in 5 of their 6 meetings since the last season. Suns also won the 1st Quarter in 4 of the last 5 matches between them, including twice this season.

The last 10 H2H games have seen 5 wins each for either side, but the Suns have won 5 of the last 6. In addition, both sides average 111 points each over these 10 games, with Phoenix scoring 113+ over the last 4 H2H games while Oklahoma managed 103+ only once.

Having analyzed the recent form of either side as well as the recent H2H games, our NBA betting tip for today is for the Suns to cover the -9.5 spread.

Suns expected to cover the spread

Phoenix Suns have clearly been the best performing side so far this season and are also in a 7-match winning run while also losing just once in their last 19 games. They comfortably sit atop the Western Conference and also have the best record in the NBA since the turn of the year. On the other hand, Oklahoma City Thunder has won only once in their last 7 games while averaging only 103 points over their last 10 games. So, considering all these recent performances as well as their recent H2H form, Suns are the clear favorites to win the tie. Hence, it is not a surprise that sportsbooks offer only -450 on the Moneyline for the Suns. So, if you’re looking for a worthwhile bet for this game, then the point spread or team totals will be a good choice. Suns are being offered -110 odds to cover a -9.5 spread and a -110 odds to score 113 or more points.

Tip: Suns -9.5
Odd: -110
Bet Now
×
Your Bonus Code:
The bonus offer of was already opened in an additional window. If not, you can open it also by clicking the following link: