Welcome back to CaptainGambling.com’s latest soccer betting tips! The 2021 MLS season has been an exciting one so far, and there’s plenty of soccer action still to come between now and December! We have selected three games from Week 13 coming up this weekend, and providing an expert betting tip for you to make the most of!

This weekend, on Saturday night, Philadelphia Union will host Eastern Conference rivals DC United, in what should be an extremely entertaining affair. As it stands, Philadelphia are looking strong, and are just four points away from the leaders, New England Revolution. Meanwhile, DC United are within touching distance of a playoff spot. 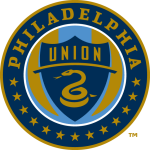 Philadelphia Union have impressed many with their start to the new MLS campaign, with some impressive results along the way. As well as a draw with Eastern Conference leaders, the New England Revolution, the team have taken all three points in a game against last year’s MLS Cup Champions, Columbus Crew SC. Philadelphia are now coming off the back of a 1-1 draw away to NY Red Bulls, but played over half an hour at the end of the game with 10-men. At the time of the sending off, it was 0-0, and Sergio Santos equalized in the 85th minute of the game. This will definitely give the Union confidence heading into their home match against DC - who they have already beaten this season. In the Eastern Conference, there are four teams that are all currently within one point of each other. As it stands, three teams are on 17 points, whilst DC United sit one point behind, on a total of 16. Whilst still in the battle for a feature in the postseason, DC United will certainly have to kick-start their results at this stage of the season. A free week came at the wrong time for DC, who had put seven past a poor Toronto FC side in their latest game, winning 7-1. Now, they haven’t played in 15 days, but DC will no doubt be hoping they can build on their last result, despite the time off. However, before that result, DC have struggled and narrowly missed out on taking points in a number of games. As of right now, United will need to turn the results in their favor quickly to keep up with their rivals.

When looking at the five most recent previous encounters between the two, there’s clearly one that dominates on head-to-head results. Philadelphia Union are unbeaten in the last five games against their opponents, winning on four of those occasions. On top of that, all of the previous games from before this season have seen a minimum of four goals combined! Meanwhile, when the two teams met earlier this campaign, the end of 90 minutes saw Philadelphia take all three points in a 1-0 victory on the road against DC United. This is definitely a stat that bodes well for the home side on Saturday night.

There’s a lot of information and data available when it comes to these two teams. Fortunately for yourselves, we have collected all of the facts and figures and put them all in one convenient place - right here! So, you can find their previous head-to-head results, as well as the stats highlights.

We have analyzed all of the information heading into the weekend’s fixture, and from this, we have selected our expert betting tip. So, this weekend, we’re predicting that the half-time/full-time result will be ‘Philadelphia/Philadelphia’ - at odds of +200 with most online sportsbooks!

We can’t see the outcome going any other way, and Philadelphia Union will be looking to extend their impressive run of form against DC United. With their current league form placing them in third in the Eastern Conference, Phillie need a win to keep within touching distance of the Revolution leading the way. With a win, the Union will maintain their impressive position, with playoff soccer looking more and more likely. On top of that, we feel that Philadelphia will dominate the 90 minutes from the off, which is exactly why we think they’ll be leading at half-time and full-time!

With BetMGM, you can select the half-time/full-time market with Philadelphia/Philadelphia at odds of +220 - very generous if you ask us!

Tip: Half-Time/Full-time: Home/Home
Odd: +200
Bet Now
×
Your Bonus Code:
The bonus offer of was already opened in an additional window. If not, you can open it also by clicking the following link: