For today’s NBA betting tips, we’ll take a look at Philadelphia 76ers vs Minnesota Timberwolves. In addition, James Harden is expected to make his much-awaited 76ers debut in this game. So, without further ado, let’s take a look at some of the best betting markets for this game.

76ers have been one of the in-form teams this season and are at 3rd in the Eastern Conference. Meanwhile, despite their slow start, the Timberwolves have been on a good run of late, especially at home, giving them a good chance in the race for the playoff spots. 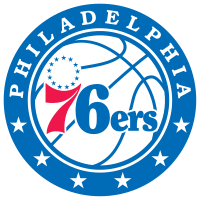 Philadelphia 76ers are the favorites

76ers have been one of the in-form sides this season and are currently at 3rd in the Eastern Conference with a 35-23 record. They have also won 19 away games while losing only 10. Coming on to the recent form, 76ers have won 6 and lost 4 of their last 10 games including wins against Milwaukee Bucks, the defending NBA champions, and Chicago Bulls, Eastern Conference leaders. In their last match before the All-Star break, they took on the Bucks at Milwaukee and won 123-120. In addition, in their last 6 games, the 76ers have won 4 games, with the losses coming only against the Suns and Celtics. 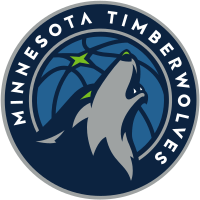 Minnesota Timberwolves are currently at 7th in the Western Conference with a 32-28 record. They have a good shout for the playoff spots and are only 2.5 games behind the Denver Nuggets at 6th. In addition, the Timberwolves have been in excellent form of late with a 7-3 record in the last 10 games, including wins against Grizzlies and Nuggets. In their last game, they played Memphis at home and won 114-119. Timberwolves also have an 18-11 record at home, with 4 wins in their last 5 home games.

The two sides have met once already this season, which saw Minnesota winning after extra time 121-120 @ Philly. Incidentally, this ended the 76ers’ 8-match winning streak against them in the NBA, which dates back to the 2016/17 season. The game at Philly saw D’Angelo Russell leading the scoring charts for Minnesota with 35 points and also had 4 rebounds and 8 assists while Karl-Anthony Towns also contributed heavily with 28 points and 10 rebounds. In contrast, Joel Embid carried the 76ers with 42 points, 14 rebounds, and 3 assists, while none of the other players crossed 20 points or double digits for assists or rebounds.

The last 10 regular-season meetings between the sides have seen only 2 wins for the Timberwolves while they averaged 105 points and also lost the first half in 7 of the last 8 games. Meanwhile, the 76ers averaged 107 points and also scored 118+ in the last 3 games.

Considering the recent form as well as the last few H2H games between the sides, the 76ers are the favorites heading into the tie. Our featured bookmaker, BetMGM, is offering -140 odds for the 76ers and a -2.5 spread as well.

Philadelphia 76ers to cover the spread

The 76ers are a much stronger outfit coming out of the All-Star break, mainly thanks to the arrival of James Harden. Moreover, considering the season both sides have had so far and the recent H2H history between the teams, the Philly outfit is the clear favorite to win the match. This is reflected in the NBA betting odds as well, with BetMGM offering -140 on the Moneyline for 76ers. However, if you’re looking for higher returns from your bets, then the point spread market will be an excellent choice. In addition to the -2.5 spread at -110 odds, BetMGM also offers +105 odds for a -3.5 spread. There is also the team totals market, with a +110 odds being offered for Philly scoring 117 or more.

Tip: 76ers -2.5
Odd: -110
Bet Now
×
Your Bonus Code:
The bonus offer of was already opened in an additional window. If not, you can open it also by clicking the following link: