We’re back with more FREE NFL betting tips! We’re entering the final weeks of the regular season, and the action is coming thick & fast. This Saturday, we’ve got two exciting matchups - we’re covering both! First up, the Las Vegas Raiders head to Ohio to face the Cleveland Browns.

The Raiders Dismantled by the Chiefs in Week 14

It was a day to forget for the Vegas fans, who were completely washed aside by their AFC West rivals, the Kansas City Chiefs. In the first play of the game, the Raiders’ Josh Jacobs fumbled the ball after a run to the outside, with the Chiefs recovering and taking it to the house. It didn’t get any better for the Raiders, who found themselves losing 3-35 at the half. The game was over by this point, and Vegas ended up with a 9-48 loss. After back to back losses, the Raiders will want to try to get a win on Saturday.

Cleveland Get Revenge on Ravens in Intense Divisional Game

Coming off their bye week, the Cleveland Browns were set out on getting revenge on their AFC North rivals in the Baltimore Ravens. The week before the Browns had a bye, Cleveland lost to the Ravens 10-16. The Browns wanted to set the record straight, and did exactly that in week 14. With Lamar Jackson out of the game for their opponents before the half, the Browns were able to capitalize, and came away with a 24-22 victory. Can Cleveland get their second win in two weeks following their week off against the Raiders on Saturday?

Like the majority of online US bookmakers, we’re tipping the Cleveland Browns to take the win in consecutive weeks when they come up against the Las Vegas Raiders on Saturday afternoon!

With BetMGM, you can select the Cleveland Browns to Win by a winning margin of 7-12 points at odds of +350! Make the most of some generous odds today!

The final matchup of the NFL Divisional round is set up as ...

Following an action-packed Super Wild Card round of the playoffs, the divisional ...

It’s time for the Wild Card round of the playoffs - it ... 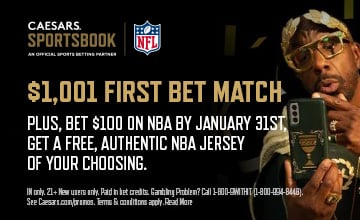 Tip: Browns win by 7-12 pts
Odd: +310
Bet Now
×
Your Bonus Code:
The bonus offer was already opened in an additional window. If not, you can open it also by clicking the following link:
Visit Site