Ready for the latest betting tip for Houston Dynamo vs Minnesota United? Here at CaptainGambling.com, we have selected this upcoming fixture, alongside two others, to bring you the latest stats, facts & figures for the MLS matchup. As well as head to head information, we also have details about the two teams so far this season.

The two Western Conference teams will battle it out on Saturday night, who have both had very contrasting 2021’s. For the home team, it has been a disappointing MLS campaign, whilst Minnesota look to feature in the postseason. However, who will win this upcoming match? 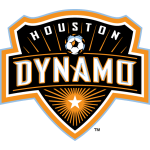 Houston Dynamo Struggling in the West

The season has gone from bad to worse for Houston Dynamo, who now find themselves bottom of the Western Conference. Without a win in their last 14 league games, it’s safe to say that it has been a tough time for Houston Dynamo fans for most of the season. Level on points with brand new MLS franchise Austin FC, it hasn’t been a good season for the home side, and now face a tough test in the form of Minnesota United - who they have already lost to this season. Despite a poor start to the season - where Minnesota were bottom of the Western Conference after seven games - United have turned their campaign around. Now fifth in the west, Minnesota are sitting comfortably in the playoff picture. Whilst not on the best run of form, drawing twice in their last two games against 10 men, Minnesota will definitely be confident of securing a win against their upcoming opponents. On top of that, the away side’s last win was a 2-0 victory against Houston Dynamo, which will give them a lot of confidence heading into Saturday night.

In their last five head to head matches, it’s actually Houston Dynamo that have the overall advantage, winning two of the last five. The other previous encounters have ended in two draws and one win for Minnesota. However, as we mentioned earlier, the victory for United came just three weeks before this weekend, and is the only result from this year. So, whilst Houston will be trying to gain some confidence against their upcoming opponents, it will be Minnesota that look to repeat the performance and result in their latest encounter less than a month ago.

So, as well as the latest result, we’ll also show you the last five head to head results, along with our very own statistical highlights. To put together a betting tip just for you, we analyze all of the information heading into the game, including factors that could influence the outcome of this match.

After taking everything into consideration, it’s no surprise that we’re predicting a win for Minnesota United. However, our betting tip also includes that there will be over 2.5 goals combined in the 90 minutes!

Minnesota To Win Convincingly on the Road

When it comes to Houston Dynamo vs Minnesota United, it’s difficult to see this one going any way other than a victory for the away team. As Minnesota are clear favorites heading into Saturday night, they will need to make sure that they get the job, and we predict that it’s likely that they will do just that. With quality going forward, we’re also expecting Minnesota to score multiple times in the game, which is why we have included the over 2.5 goals stipulation in our betting tip! On top of that, Houston will want to do everything they can to get on the scoresheet, and could score. Ultimately, though, we think it will be the away side that are winners at the end of the 90.

On Borgata’s sportsbook - one of the leading US betting sites around today - you can find Minnesota United to win and over 2.5 goals combined at odds of +300! Make the most of it today!