Ready for more betting tips for the MLS? We certainly are! As the 2021 MLS enters the second half of the regular season, we’re definitely excited to see more action-packed soccer. On Saturday evening, we will see Sporting KC travel to Texas to take on FC Dallas!

This Western Conference clash at the weekend sees conference leaders Sporting KC looking to continue their impressive MLS campaign, whilst the hosts are trying to keep up with their western rivals in a bid to keep their playoff hopes alive. Below, we’ll have the latest betting tip for you to make the most of! 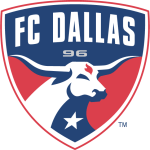 As things currently stand, FC Dallas are two points outside of a playoff spot, but are certainly in the battle to compete for one, come the end of the season. With that said, Dallas’ recent run of form has seen some impressive results, and are now unbeaten in their last four league games. This includes a convincing 4-0 win against a strong LA Galaxy side, as well as a well-fought 1-1 draw on the road against the Seattle Sounders. Now, Dallas face Sporting KC for the second time in a short period, having beaten them 2-1. The conference leaders are making their way for the match at the upcoming weekend, and will be out for revenge. 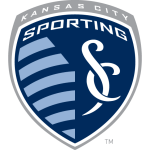 Sporting KC Leading the Way in the West

Sporting KC have gone from strength to strength this season, and are top of the Western Conference with 18 games played - one point ahead of Seattle Sounders. Sporting KC have also worked hard to produce some impressive displays this season, including a 3-1 win against Seattle Sounders, as well as a 2-0 victory over LA Galaxy - both on the road. Now, Sporting KC will travel to Dallas to set the record straight after their defeat on August 1st. KC will definitely be looking to maintain their No.1 spot in the conference, and will be an extremely important three points up for grabs on Saturday night.

As we’ve already mentioned, there has already been one encounter between the two earlier this season, that ended in a surprise 2-1 victory for FC Dallas. This trend continues when we look at the last five results involving the two sides - Dallas are unbeaten in five against Sporting KC. In fact, the results are rather one-sided, with Dallas winning on four of the five occasions, whilst the other ended in a 1-1 draw. Perhaps the most surprising result is the 6-0 thrashing back in 2019 - a result Sporting KC will want to forget.

Below, you’ll find all of the stats regarding the two teams’ last five encounters, including that astonishing 6-0 win for FC Dallas over their Western Conference rivals. We have taken into consideration everything below, as well as the current situation in 2021, and put together an expert betting tip just for you!

After analyzing all of the information, and the facts & figures, we’re predicting that Sporting KC will win on Saturday night, with both teams finding the scoresheet inside the 90 minutes.

That’s right - we’re predicting that Sporting KC will get the job done at the weekend, but it really won’t be an easy task! FC Dallas will certainly put up a fight in this fixture, just like they have done in recent games. However, we think that with Sporting KC needing a win to maintain their top spot in the Western Conference, then they will do everything they can to get the three points. We think they have the quality, and will get the job done in Texas on Saturday.

If you’re looking to take advantage of some competitive & generous odds, then check out Borgata’s sportsbook! You can get odds for Sporting KC to win & both teams to score at +310!

Up to
$500
95/100
Claim Promo
T&Cs apply, 21+
×
Your Bonus Code:
The bonus offer of was already opened in an additional window. If not, you can open it also by clicking the following link: