Stephen Curry and the Golden State Warriors will be on the road for their next match of the regular season to take on Nikola Jokic and the Denver Nuggets. Our experts at CaptainGambling have analyzed this fixture for you to dish out a few NBA betting tips.

Both Curry and Jokic are two of the most prolific scorers in the league so far, with both of them averaging 25.8 points. So, which of the two stalwarts will lead their team to victory in this exciting Western Conference matchup? 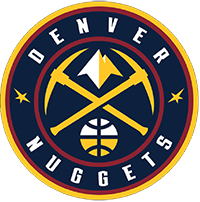 Nuggets back in form

The Denver Nuggets had a shaky start to February as they began the month with a 115-130 loss to the Timberwolves, which was followed by 2 more losses, 104-108 to Utah Jazz and 113-105 to New Orleans Pelicans. However, they have since returned back to winning ways, with 4 wins in the last 5 games and the only loss coming against a very good Boston Celtics (102-108) side. In their last 2 matches, the Nuggets have defeated Toronto Raptors (110-109) away and Orlando Magic (111-121) at home. The Nuggets will be looking to keep this winning run going as they host the Dubs. 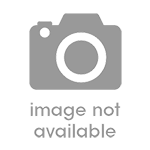 Golden State Warriors in a slump

The Warriors currently sit at 2nd in the Western Conference with 42 wins and 16 losses in their 58 matches. They also have the 2nd best record in the NBA so far this season. However, recently, the Warriors have been in a poor run of form as they have lost 3 of their last 4 matches. The first of those 4 defeats came in a blowout 85-111 loss to Utah Jazz followed by a close 116-114 loss to NY Knicks at home. Then in their last match, they again suffered a big loss to LA Clippers by 104-119.

Despite boasting two of the most prolific scorers in the NBA, the only meeting between these sides in this season saw an extremely low-scoring game, especially by the usual standards in the NBA. The match at the Chase Center saw the hosts losing 86-89 after an abysmal 1st half performance which saw Jokic and co racing to a 60-36 lead. Curry led the scoring for the Warriors with 23 points, followed by fellow all-star starter Andrew Wiggins with 21. Meanwhile, Jokic topped the scoring charts for Denver with 22 points, followed by Will Barton with 21 points. The Serbian star also led the rebound chart with 19 rebounds.

The two sides have met 6 times over the last 3 seasons, with 3 wins each. However, Denver won the only meeting between them this season. Also, the total points scored in the last 10 H2H between the sides is 218 points.

Considering the recent form of either team as well as the previous matchup between the sides, our NBA Betting tip for the day is for Denver Nuggets to win.

Heading into this tie, the Denver Nuggets have been in a good run of form with 4 wins in their last 5 matches while the only loss in the span came against an in-form Boston Celtics side. Meanwhile, despite their excellent record this season, the Warriors have been in a slump of late, winning only once in their last 4 matches. In addition, 2 of those losses were by considerable point margins, a 26-point loss to Jazz and a 15-point loss to a Clipper side in the last match. Moreover, the absence of Draymond Green has continued to hurt the Warriors defensively and they may find it hard to suppress the towering Jokic, especially in the paint. The Serbian leads the charts for Denver in points, assists, and rebounds with an average of 25.8, 7.9, and 13.7 respectively.

Tip: Nuggets to win
Odd: +185
Bet Now
×
Your Bonus Code:
The bonus offer was already opened in an additional window. If not, you can open it also by clicking the following link:
Visit Site