It’s game day 12 this weekend for the majority of teams in the MSL. As per usual, the team of soccer experts here at CaptainGambling are on hand to deliver you the very best MLS betting tips, predictions and odds.

For today’s MLS soccer betting tip, we’re focussing on the Eastern Conference clash between midtable DC United and struggling Toronto FC. Can Toronto FC break their disastrous form so far this season? Check out what our experts think below. DC United’s 2021 MSL campaign got off to a disastrous start, as they lost five out of their seven opening games. Results have since improved slightly, thanks to them winning both of their games in the doubleheader against new boys Inter Miami CF. Their last outing was a loss though, coming against New York FC in an away tie. Given that they’re returning home this Saturday against a weaker opponent, they should be confident of a win. They are looking increasingly reliant on Norwegian veteran Ola Kamara for goals though. 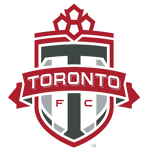 Toronto have lost their last five games in a row, have just one win in ten games and have just five points so far this season. As a result, they sit in second to last place in the Eastern Conference, above Chicago Fire only on goal difference. They are also the highest conceeders in the Eastern Conference, having shipped 20 goals thus far - joint-most in the MLS. They are currently playing their home games in Florida due to US-Canada travel restrictions and are without their three designated players.

There hasn’t been much to separate these two sides of late, with four of the last five ending in draws. The most recent victor between the two was Toronto back in the 2019 season. Given that Toronto are still playing in Florida due to pandemic travel restrictions, and given the injuries to Landon Donovan and Alejandro Pozuelo look likely to continue, this weekend could be DC United’s best chance to get one over on Toronto since 2018. Toronto do have a slight boost this weekend though, as their third DP, Yeferson Soteldo, returns to the fold after playing at the Copa America with Venezuela.

Below, you can find the results from the last five head-to-head fixtures as well as three statistical highlights. We’ve used these stats as part of our analysis in bringing you our experts' MLS betting tips for today.

Having analyzed the above information, we’re predicting a routine win for DC United on Saturday.

Toronto will be boosted by the return of Yeferson Soteldo this weekend, but we don’t see that being enough to break their five-game losing streak. They have managed to keep scorelines modest though, and DC United haven’t really blown anyone away this season, save for their 3-0 victory at Inter Miami.

Our betting tip is therefore to back a DC United win by one goal at odds of +275 with Bet365.