Dallas Mavericks go on the road to take on New Orleans Pelicans at the Smoothie King Center. Our experts have taken an in-depth look into this matchup and have formulated a few exciting NBA betting tips for you.

Dallas Mavericks, led by Luka Doncic who averages 27 points, 9.0 rebounds, and 9.0 assists this season will be heading into the tie as clear favorites. The Serbian star has had a fantastic season so far and can be expected to put in a strong performance in this tie. Dallas Mavericks have been in excellent form of late, with 7 wins in their last 10 matches, including 5 in their last 6 games. They currently sit at 5th in the Western Conference with 34 wins and will be looking to continue their ascned on the points table. In their last match, the Mavericks took on the Eastern Conference leaders Miami Heat at Miami and despite going 8 points behind after the 1st half, the Mavericks rallied after the break to record a fantastic 107-99 win. 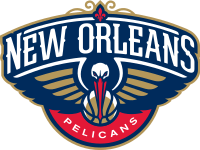 Absence of stars continuing to hurt the Pelicas

Pelicans haven’t had the best of seasons and are at 11th in the Western Conference, a place behind the final spot for the play-in tournament. They kicked off the season with a 13-25 record but have since seen an uptick in performances, winning 10 of their last 20 games. They even had a good start in February, winning 4 of the first 5 matches, including an impressive 113-105 defeat of the Nuggets. However, the last 4 games have seen the Pelicans winning only one of them. Also, the Pelicans hosted the Memphis Grizzlies in their last match and lost by 121-109.

This will be the 4th meeting between the sides this season, with the Mavericks currently leading 2-1. The regular-season series between the sides kicked off with a Dallas home game, which the Mavericks won by 92-108. They followed this performance with a commanding 139-107 win at New Orleans to take a 2-0 lead in the series. However, the Pelicans came back to register a 107-91 win in the very next game at Dallas. In addition, the Mavericks have also won the first half in 9 of the last 10 meetings between the side.

The two sides have met 3 times this season, with Dallas winning 2. Dallas has also won the first half in all 3 games to extend their record to 9 first-half wins in the last 10 H2H between the sides.

After careful analysis of the recent form and H2H history between the sides, for today’s NBA betting tips, our experts pick Dallas Mavericks for the win.

Dallas Mavericks are the clear favorites

Luka Doncic and the Mavericks have been one of the in-form teams in the league this February, winning 5 of their 7 games. This include wins against very good teams in Miami Heat (107-99), LA Clippers (105-112), Atlanta Hawks (94-103), and Philadelphia 76ers (98-107). Even their only loss in the last 6 matches came in a very close game against the Clippers (99-97). They also boasts the services of an all-star guard in Luka Doncic who averages 27.0 points (7th in the league), 9.0 assists (5th in the league), and 9.0 rebounds. On the other hand, the Pelicans have struggled in the last few games, winning only 1 of the last 4. Their hopes will rest on the performances of Brandon Ingram who leads the Pelicans’ scoring (22.3 points) and assisting (5.3 assists) charts. So, considering all these stats and the recent form of either team, the Mavericks is our pick for today’s NBA betting tips.

Tip: Dallas Mavericks -2.5
Odd: -110
Bet Now
×
Your Bonus Code:
The bonus offer of was already opened in an additional window. If not, you can open it also by clicking the following link: