We’re back with another exciting round of MLS betting tips here at CaptainGambling! As always, our dedicated team of soccer experts is on hand to deliver you our best predictions for this weekend’s action. On top of that, we’ll tell you where to find the best odds for our tips today.

For today’s MLS soccer betting tip, we’re focussing on the Eastern Conference clash between Columbus Crew and New England Revolution. Can last season’s champions bring their A-Game as they host the table-toppers? Read on to find out the Captain’s top MLS tips, predictions, and odds for this game!

Having notched up three wins on the bounce following a loss in their last meeting with New England, Columbus fell to a defeat against Philly in their last game. The result has seen last season’s MLS Cup winners slide down into the fifth spot in the Eastern Conference. Home form hasn’t been a problem, with three of their four wins coming at the Historic Crew Stadium. Their road form leaves a lot to be desired though, as they have just one win from five. 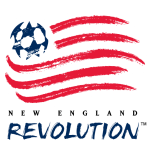 Despite an away loss to struggling Dallas of the Western Conference last time out, New England Revolution is still sitting pretty at the top of the Eastern Conference with 23 points. Their position at the top of the table is thanks in no small part to Spanish playmaker Carles Gil, who has notched up four assists this season. Veteran forward Gustavo Bou is the top scorer with five goals, despite missing out on two games so far this season.

These two sides have already met once this season, with New England beating Columbus Crew at home, thanks to a single goal from substitute Adam Buska. The Polish forward has played a part in all 11 New England Games so far this season, scoring four times. That win came of something was a shock, given that Columbus had won all four of their previous meetings against New England. Four of the last five games have ended 1-0, so we don’t expect to see a goal-fest this Saturday.

Below, you can find a number of statistical highlights that we’ve used to bring you our MLS betting tips for this weekend here at CaptainGambling. Included in these are the last five results between Columbus Crew and New England Revolution.

Having analyzed the above information, we’re predicting a 1-0 win for Columbus Crew on Saturday.

Columbus Crew to Bounce Back

We don’t normally stick our necks out and predict exact scores for our top betting tip here at CaptainGambling. However, with this fixture, all the signs are there. Three of the last four meetings have ended in a 1-0 victory for Columbus Crew, and despite not being as solid as last season, their home form has still been on point. Added to that, four of Columbus’ games this season, and five of New England’s, have been decided by a one goal margin.