Ready for more MLS betting tips? Well, if so, then you’re certainly in the right place! Welcome back to CaptainGambling.com, where we’ll be bringing you the latest odds, tips & predictions for selected upcoming MLS fixtures. This weekend kicks off with a Saturday afternoon matchup between Atlanta United & Columbus Crew SC.

That’s right, to start the weekend’s fixtures, we will see an Eastern Conference battle between two teams that are fighting for a playoff spot. The 2020 MLS Cup winners Columbus Crew are travelling to the Mercedes-Benz Stadium - will they be leaving with all three points? Stay tuned to find out our predictions!

Even Atlanta fans will admit that the team hasn’t started the season particularly strongly, and currently find themselves in 10th position in the Eastern Conference. What may be even more concerning to United is that they are six points off a playoff spot, which is considered a fairly big gap at this stage of the 2021 MLS season. As well as that, it’s more bad news for the home team, with only two wins out of their 14 league games - the least in the league (along with Inter Miami & FC Dallas). In their most recent game, Atlanta drew 1-1 to an FC Cincinnati side also struggling in the east. Something needs to change in the Atlanta United camp, and quickly, for their postseason hopes. 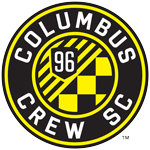 As it stands, Columbus Crew are one of the six/seven teams that are in the mix in the playoff spots of the Eastern Conference. With a 0-0 draw in their most recent game, hosting Nashville SC, Columbus are currently placed in sixth. However, there’s just two points separating them and second-placed Philadelphia Union, so it’s safe to say that they are still heavily involved in the playoff race. With that said, Columbus Crew have been off-pace in comparison to last year, where they went on to win the 2020 MLS Cup Final. They’ll be looking to reach the postseason in a similar fashion, and will look for MLS success again.

When it comes to the two teams’ previous head to head results, it may come as no surprise that it’s last season’s champions that dominate the last five games they have had against Atlanta United.  That also includes both times when they met last year, with Columbus recording 2-1 and 1-0 victories on their way to MLS glory. Atlanta has only beaten Columbus once in their previous five meetings, and with the current state of the 2021 Eastern Conference, we are predicting that the head to head trends in previous games are set to continue.

Below, our dedicated betting experts have collected all of the stats, facts & information regarding the two teams. This includes the results of their five last head to head encounters, as well as the stats highlights from what you can see. From here, we have put together the latest betting tip for Saturday’s fixture, for you to make the most of.

Our betting tip for Atlanta United vs Columbus Crew - Away Win & over 2.5 goals combined inside the 90 minutes! We’re predicting a Columbus victory, find out why below!

Columbus Crew To Get the Job Done in Atlanta

At the moment, Columbus Crew are clearly the stronger team than their upcoming opponent, and will travel to Georgia to make a statement. With all three points, Columbus will temporarily find themselves in second place in the Eastern Conference, behind just New England Revolution (who are currently worthy leaders). This will definitely put pressure on the other teams in the fight to keep up with one another, and will put Columbus in a strong position for the games to follow. Whilst Atlanta are the home side, they have not had the start of the season they were hoping for, and need to look to attack early on to get anything from this game. This is where we think the goals will come on Saturday - either Atlanta score, or Columbus punish their opponent. Ultimately, we’re predicting that Columbus will win. You can find odds of Columbus to win & over 2.5 goals at odds of +450 with BetMGM - place your bet today!

Tip: Away Win & Over 2.5 Goals Combined
Odd: +450
Bet Now
×
Your Bonus Code:
The bonus offer of was already opened in an additional window. If not, you can open it also by clicking the following link: