AEW has been a huge success since debuting on television in 2019. Gripping storylines and impressive matches have become the cornerstone of the company and have made AEW a prominent figure in the wrestling landscape.

Due to AEW Dynamite’s success, Tony Khan announced the addition of AEW Rampage to its TV scheduling. Khan’s Friday offering debuts tonight and has provided numerous title matches for fans to get excited about.

Kenny Omega vs. Christian Cage for the Impact World Championship

The man to challenge Kenny Omega is Christian Cage. Cage entered title contention on a recent episode of Dynamite due to his undefeated streak of 8-0 since joining the company (besides the Casino Battle Royale). So the match was set. However, only the Impact World Title is on the line because a match between Omega and Cage for the AEW Championship is confirmed for AEW All Out in September.

Britt Baker vs. Red Velvet for the AEW Women’s Championship

The second title offering for AEW Rampage is for the Women’s Championship. Dr. Britt Baker, who has held the title since May 2021, will be challenged by Red Velvet. However, this match will feel like a homecoming for Baker who will be defending the title in her hometown of Pittsburgh.

As for Red Velvet, she has been defeated by Baker in the past in under three minutes. Although, Red Velvet has been on a hot streak on AEW television, notching seven straight wins and eyeing up a title shot. Britt Baker will most likely defend her title in front of home support but it will be a fun match nonetheless.

Miro vs. Fuego Del Sol for the TNT Championship

The final title match confirmed for the inaugural AEW Rampage is Miro facing Fuego Del Sol. After Miro debuted, he spent time as Kip Sabian’s sidekick before defeating Darby Allin for the TNT title on an episode of Dynamite. Since then Miro has returned to his best and now has his new form of ‘God’s favourite champion’.

His challenge is Fuego Del Sol. The definition of an underdog, Fuego Del Sol is searching for his first singles AEW victory and he will have to defeat Miro to get it. Additionally, Del Sol isn’t only fighting for the title as a win would ensure him an AEW contract.

Fans are expecting an impressive showing from AEW but will any of these titles change hands on Rampage’s opening night? 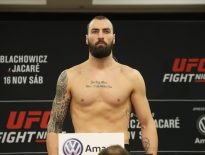 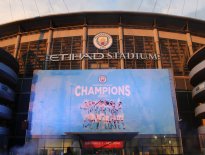