There are strict hierarchies in wrestling. Young boys get their start in the Bantam class and work their way up to a varsity high school team. Then they go on to the starting lineup of a college squad, working to earn All-American status and maybe even a hallowed NCAA championship (or two). Along the way they might even prove worthy to have their names whispered in the Dan Hodge Trophy conversation (the equivalent of the Heisman in wrestling). Then there’s a giant leap in class trying to get onto a U.S. national team. At the end of the road, there’s the Olympics and the elusive search for gold.

It’s clear from day one that Olympians are the elite of the wrestling world. When it comes to the 2008 U.S. Olympic squad, several wrestlers have taken their top-tier skills off the mat and into the cage, where they have been showing the MMA world just how different Olympians are from other wrestlers.

The latest victory for this elite group came in UFC 166, when Cormier had his swan song in the heavyweight class. He came into the fight trim, weighing around 220 lbs. Using quick foot movement and an expert single leg takedown, he worked his way to a relatively easy, although a bit slow, victory against Roy “Big Country” Nelson. With his last heavyweight fight behind him, Cormier can concentrate on cutting the remaining 20 pounds that separates him from the light heavyweight class, where hopefully we’ll get to see him pitted against Jon Jones.

Ben Askren is the most established (outside the UFC) of his Olympic teammates . He’s 12-0 and the Bellator welterweight champion. He is also waiting for a call from Dana White, who will hopefully bring Askren into the UFC. Many have wondered how Askren will fare amongst fighters who aren’t so obviously lacking in wrestling ability, as many of his opponents in Bellator seem to have been. Although a fair question, it largely ignores the difference in wrestling class between Askren and most welterweights in the UFC. Should Georges St-Pierre manage to defeat Johnny Hendricks (a two-time NCAA wrestling champion), then it would be great to finally see a superfight, and at welterweight there are no two guys I’d rather see matched up than Askren and GSP.

The two lesser-known members of the 2008 Olympic squad are bantamweight Henry Cejudo (the youngest American to ever win a gold medal) and heavyweight Steve Mocco.

Cejudo is 5-0 after his recent victory against Ryan Hollis, a 5’11” striker seven inches taller than Cejudo. Although there were moments where Hollis’ height and reach gave Cejudo issues, once Cejudo switched into wrestling mode he took Hollis down with ease and worked his ground and pound to victory. While Cejudo is still developing, it’s already clear that he’s got at least one skill set refined enough to frustrate just about anyone in his weight class.

Last, but certainly not least, there’s Steve Mocco. Not only is he arguably the greatest high school heavyweight wrestler ever, he’s also a four-time NCAA All-American, a two-time NCAA champion, a Dan Hodge Trophy winner and, of course, a 2008 Olympian.

After falling short of qualifying for the 2012 squad, like Cejudo, he took up MMA. Now at 3-0, Mocco is adjusting to a new setting and team in Florida. So far he’s got two submissions and one decision victory. As a wrestler, he was known for his surprising speed and agility at his weight class, two skills that are likely to continue to pay dividends as he settles into cage life.

Cain Velasquez has set the standard for speed and agility in the heavyweight class, using both skills, along with his mauling style and powerful wrestling, to dominate his competition. With all due respect to Velasquez, however, he’s nowhere near the wrestler that Mocco was or is. And there’s no way Velasquez could use the same approach he did with Junior Dos Santos against Mocco. Today, Mocco is clearly not ready for a true mixed martial artist on the level of Velasqeuz, but this basic truth still remains: The rarefied wrestling skill set of wrestling Olympians, especially those in freestyle (read why they’re better suited for MMA than Greco specialists here), demands that their opponents adapt to them. Future opponents won’t be fighting regular wrestlers. They can’t dream that their usual sprawl and cross-face will be enough to stop what these Olympians bring into the cage. If they do, well, they’ll just be adding to the unblemished records of these budding superstars.

There is a bright future ahead for the 2008 Olympic squad fighters. They’ve only recently entered the “pro” ranks, but to get onto the Olympic team, they spent a lifetime honing and refining their skills, grit and competitive edge. They’ve been fighters since damn near the cradle. And they’re the ones who beat the countless others vying for the lone spot on the Olympic team. In a sport like MMA that is so young and that many get into relatively late in life, it’s no wonder that these Olympic warriors are outclassing the competition.

One Reply to “MMA’s Wrestling Elite” 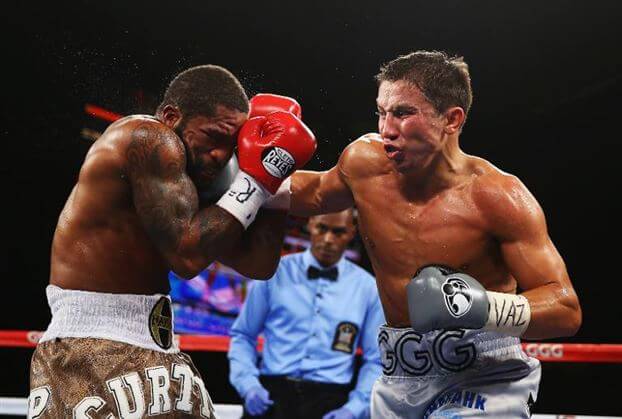