I hope I’m wrong. I hope that you know all about Jordan Burroughs — his insanely impressive recent victory in Budapest, his win streak and, of course, his gold medal. But more than likely, the modern face of USA wrestling isn’t too familiar to you and that’s a problem.

In the past 20 years, wrestling hasn’t done itself many favors, both internationally and domestically. The governing bodies of the sport haven’t been models for institutional change and adaptability. All too often these organizations have been content with the ferociously devoted athletes and fans they already have locked in. They were complacent, knowing that unlike many other sports, wrestling’s broad appeal across nations made it possible for a true world champion to be crowned. It isn’t like basketball where the winner of the NBA Finals is called a “world champion,” even though only U.S. teams are participants (okay, there’s also the Toronto Raptors in Canada, which is a stone’s throw across the Great Lakes). Wrestlers have long had a chip on their shoulder, and rightfully so, that when it comes time for its world championships, it truly brings together competitors from every nook and cranny of the earth in search of wrestling supremacy. But this chip grew into complacency and led, at least in part, to the debacle that was the International Olympic Committee cutting wrestling from the 2020 Olympics.

The decision slammed wrestling up against a wall began to slowly smother it to death. True to its warrior spirit, the wrestling community fought back. Now weeks removed from the IOC vote in Argentina that reinstated wrestling to the Olympics, there’s a fear among many that the old complacency will return. That fear is good. It’s exactly that type of concern that will hopefully keep wrestlers hungry and searching for ways to grow and be more inclusive.

If there’s one area that Americans have excelled at since its creation, it’s modern marketing. Collectively, Americans understand the importance of marketing. They understand that often, for better or for worse, the appearance of a thing matters just as much, if not more, than its actual substance. Yet the wrestling powers that be have only just started to accept that reality. They’ve realized that having programs like Beat the Streets, which aims at bringing wrestling to urban youth, is a good idea, but holding Beat the Streets-funded dual meets against other countries in popular places like Times Square is an even better idea. The good deeds need eyes, or else they may as well not have happened.

Wrestlers like Ben Askren and Daniel Cormier, who have gone on to have very successful careers in mixed martial arts, are also giving back. They are participating in the upcoming AGON Wrestling Championships. AGON is the first U.S.-based organization that pits MMA fighters against Olympic-style wrestlers in a wrestling match for cash prizes. Much of the MMA community owes its competitive spirit, excellent hips/balance and much more to wrestling. The athletes of MMA are trying to give back by lending the notoriety of their names to a sport that is in dire need of the attention.

Enter Jordan Burroughs. In him, the wrestling community has a marketing dream.

Burroughs has the accolades. He’s perfect. Since college he’s achieved a 65-0 record, winning a Pan American title, two world championships and a gold medal at the Olympics. Sports fans love win streaks. It shows us what’s possible while reminding us how unlikely such amazing feats actually are. That should be marketed.

Burroughs has the personality. He’s affable, hard-working, well-spoken and enjoys the fanfare. He embraces his time in front of the camera. Whether it’s an interview in Budapest or a taped match in Times Square, he acts knowing that he’s performing for his whole wresting community and not just himself. And to be completely honest, he’s a much better interview than most “pro” athletes in the NBA or NFL.

Burroughs has the look. Few places on earth are as aware of their own vanity as the United States. Not only does the U.S. acknowledge that vanity, it embraces it. As such, it’s often hard to break in to the conversation (on a positive note anyway), or stay there, when you’re ugly. Fortunately for wrestling, Burroughs is a handsome athlete, with a meticulously crafted physique that men envy and women adore.

Given all that, why hasn’t Burroughs been featured more on ESPN, Fox Sports, on the talk-show circuit from Conan O’Brien to Jimmy Fallon? (He did make it on Leno after the gold medal win, however)? His first story could be about winning his second straight world championship last month with a metal plate in his ankle that was put in place after he’d broken his joint only a month before the competition. Burroughs’s next, the Living the Dream Medal Fund, gave him $250,000 for winning a gold medal at the Olympics. It’s an incentive to keep wrestlers on the Olympic track (hunting for gold) and out of MMA.

Burroughs is a phenom in wrestling. He’s an exiting American athlete representing and winning for his country in a sport that enjoys much more worldwide appeal than the Big Four. And he’s doing it with the type of charisma that Americans can be proud of. He’s the greatest athlete you probably hadn’t heard of until today. Take a few minutes and check out his work. Then tweet, post, write about the man. It’ll do the oldest sport in the world some good. And, maybe, it will encourage another generation of wrestlers to test their mettle against the best the world has to offer.

Boxing Ruslan Provodnikov: Will Over Skill 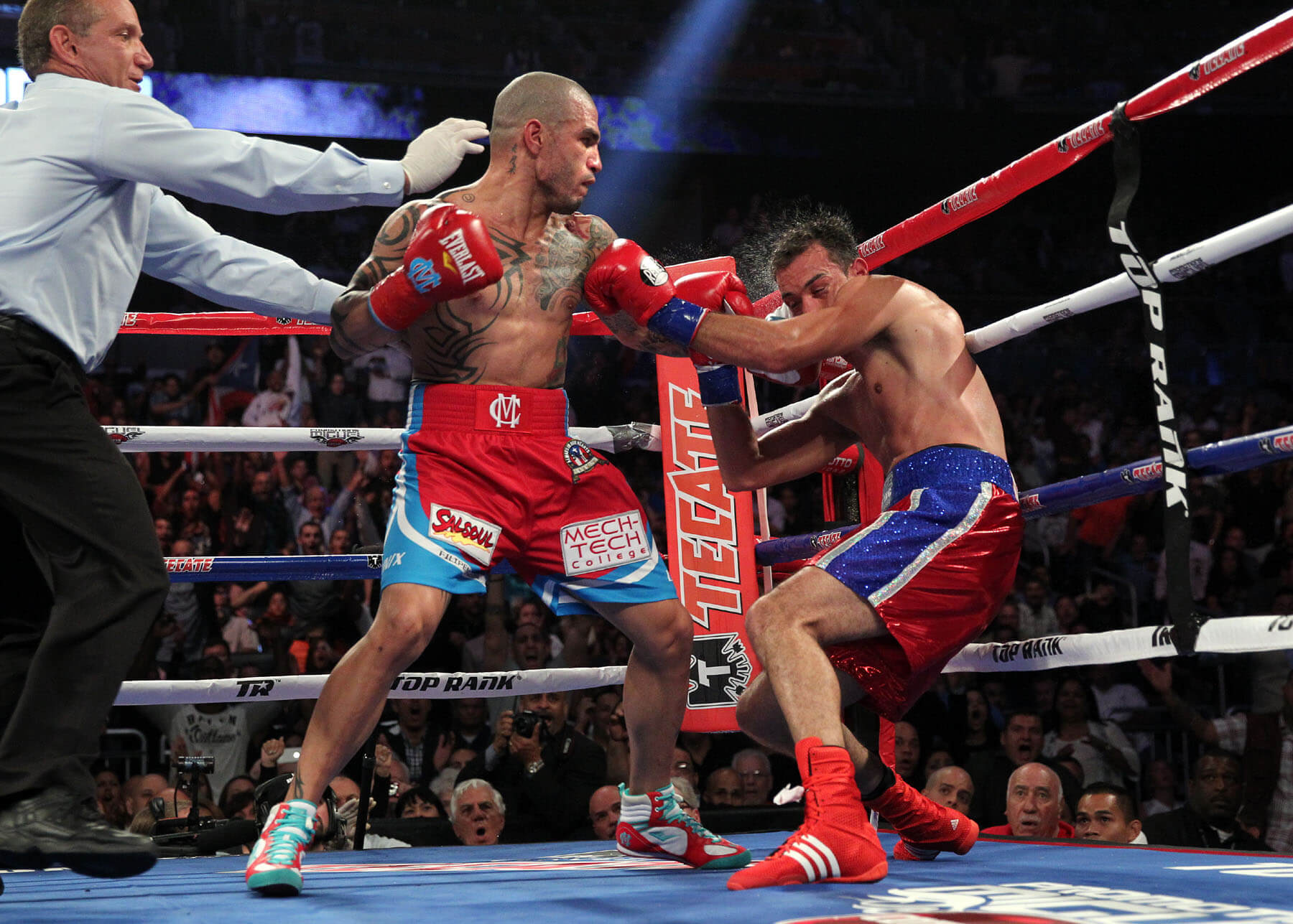