The announcement we’ve been waiting for finally came on Monday Night Raw. Stephanie McMahon, joined by her husband and father, announced the very first all-women’s pay per view event. The event titled Evolution will take place October 28th in Long Island, NY, and feature WWE women from past, present and future. The women of WWE have been deserving of the main event stage for some time now. WWE Evolution is right on schedule and has been in the works since the “give divas a chance” hashtag and of course the start of the women’s revolution. Instead of waiting until October, The Sports Fan Journal has you covered for five reasons you should be hyped for Evolution:

1. WWE Evolution will feature every brand

One of the first things mentioned about the show was how every woman will be featured. HHH echoed,

Stephanie McMahon stated every women’s title will be defended. Which means fans will see the Raw and Smackdown women’s belts plus the NXT belt defended. The NXT brand never disappoints, and the announcement saw Nicki Cross in attendance on stage. Evolution will have every woman in WWE, such as Candice LaRae, Bianca Belair, Kairi Sane and others. It’s very possible a cross brand bout can happen if Shayna Baszler continues in her current dominance in the NXT women’s division. 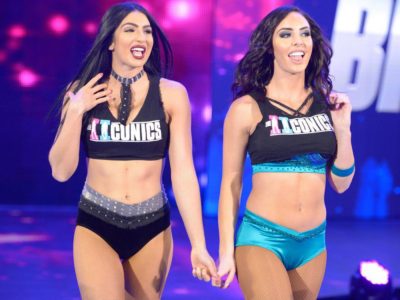 With so many awesome women in the WWE today, conversations have surfaced about creating a tag division. This would be a great time to fill out the card with a tournament to crown the inaugural champs. Sasha Banks and Bayley have gone from fighting sisters in therapy to squashing opponents as a tandem. I believe the boss and hugs connection is laying the groundwork to be your first women’s tag champs. There are enough teams to fill out a division with the IICONICS, Sonya Deville & Mandy Rose, The Riot Squad and if they return, the Bella twins. We could be another month away from hearing the next historic announcement and the design for the new titles could have leaked already.

3. The Finals of the Mae Young Classic 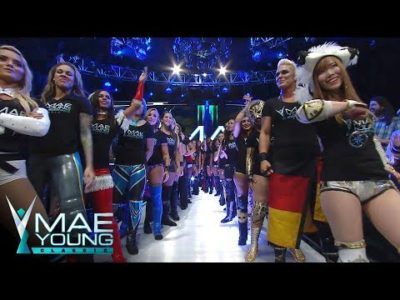 The inaugural Mae Young Classic brought together 32 women from around the world, a combination of WWE-contracted stars and top independent talent. The second edition of the Mae Young Classic tournament will culminate at WWE’s first ever all women’s event. Last year’s tournament finale between winner Kairi Sane and Shayna Baszler was nothing short of electric. WWE should have a ton in store to make this year’s Mae Young Classic even more dynamic. Competitors from last year’s tournament are already piling in, plus the announcement of former Divas champion Kaitlyn returning in the classic should make things exciting.

4. Legends already confirmed for the show 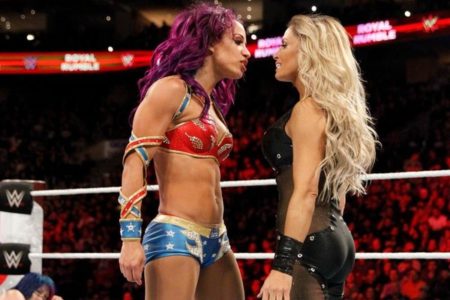 The second half of HHH’s quote about whom would be at evolution:

“plus you’ll get to see Trish Stratus, Lita will be there, you’re going to see some legends,” he said. “You’re also going to see stars of now and the future in Shayna Baszler and the women of NXT.”

If you watched the first ever women’s Royal Rumble earlier this year you are in for another treat. Trish and Lita put on an absolute show. There’s no questioning they have a lot left in the tank. Let’s not forget Molly Holly, Torrie Wilson and Michelle McCool who had great showings in the rumble as well. Fans may get a legends versus current stars tag match, or even a dream match that pits Lita versus Carmella or Nia Jax versus Beth Phoenix, which we saw in the rumble briefly. Selfishly I’m totally open to seeing Trish versus Mickie for the one-hundredth time since the rumble gave us a small taste. 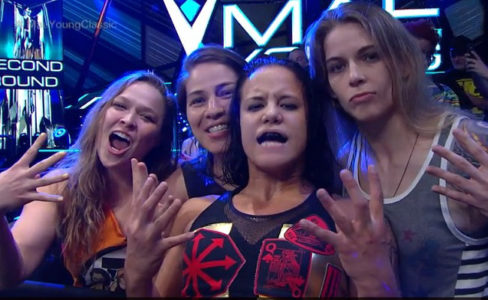 This feud has been teased for some time now and Evolution could be the stage it takes place. All four horsewomen of WWE (Charlotte, Sasha, Becky Lynch, Bayley) are now on the main roster. The four horsewomen of MMA started to take form some time ago. Ronda Rousey is now a staple of Monday Night Raw and Shayna Baszler is the face of the NXT Women’s division. Their other comrades Jessamyn Duke and Marina Shafir reported to the performance center in Orlando for training earlier this year. The stage was set in last year’s Mae Young Classic where Shayna’s friends were featured in attendance cheering her on, leading to a backstage confrontation. With Rousey as an active WWE competitor, Evolution is the perfect place for a showdown to take place. This type of feud is Wrestlemania worthy however and WWE would be wise to only start the build up here.

Five Reasons To Be Excited For WWE Evolution 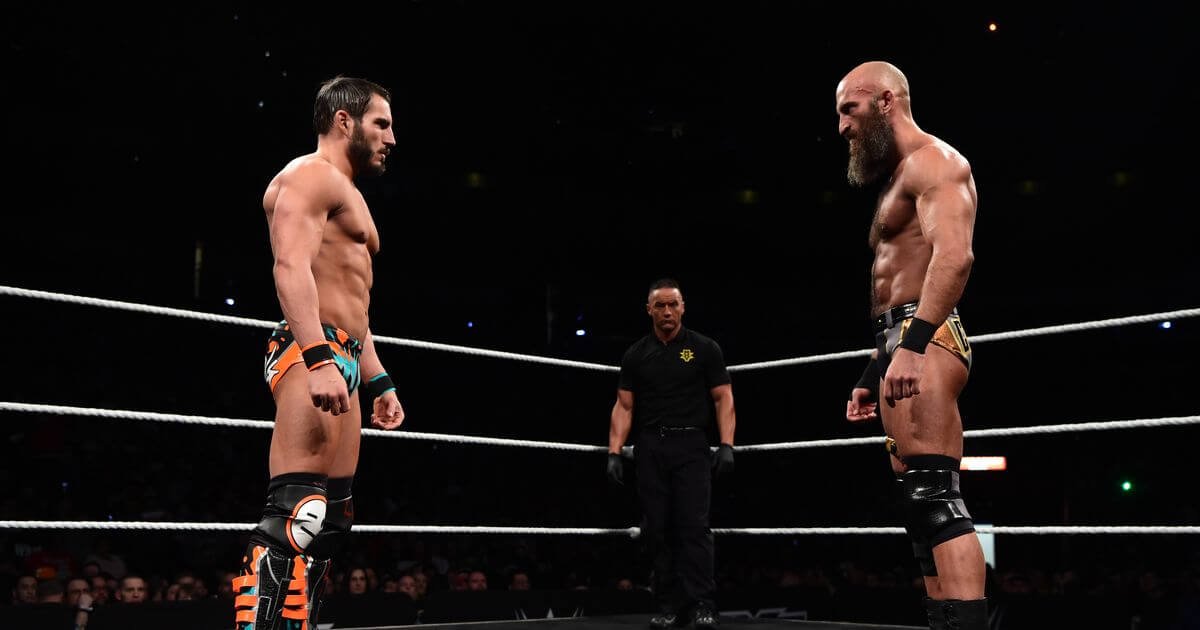 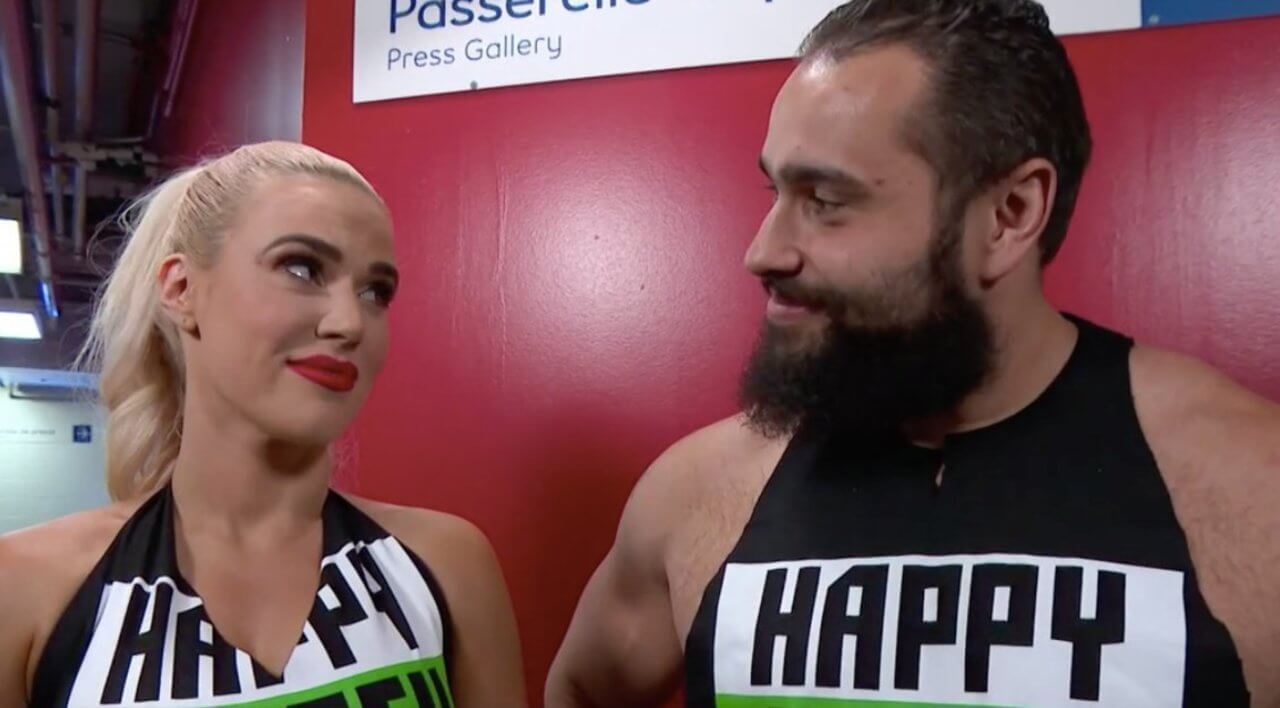 Cedric Welton Extreme Rules Predictions: Will This Be The Greate…
0