Sunday evening’s WWE Battleground pay-per-view event approached with a buzz that did not match the aggressive nature of the show’s name. However, by the time the event ended, the ground that the WWE Universe stood on had taken a seismic shift, most notably due to the fact that professional wrestling’s strongest standing grudge was revived in a dramatic way when the show closed.

But also, many other storylines were either ended or took extreme shifts in new directions as well, as the show delivered the goods on many levels. Now with SummerSlam, the second biggest night of the WWE year, on the horizon next month, Sunday evening’s events set in place what should be an incredibly turbulent month on Raw, Smackdown and beyond.

Before we go into dissecting the event, it would be fair for me to note that I have not watched Battleground on the WWE Network yet with commentary and any extra info that could come from that. I did, however, attend the event live in St. Louis from a fairly advantageous view in the fourth row in front of the TitanTron. So the information and opinions I offer will be based purely on what I took away from the show itself.

So, with no further delay, here are the top five takeaways from WWE Battleground.

The Undertaker Extracts His Revenge

As expected, Brock Lesnar did terrible things to Seth Rollins. The suplexes were plentiful, the attack was nearly 90% in his favor and the title was his to take at his own will. So one would expect that if they logged onto the WWE app and looked up who the current champions are, it would be The Beast as the holder of the company’s top prize today, not Rollins still, whom took a beating fit for several title matches.

Well, to borrow from College Gameday's Lee Corso, not so fast.

The WWE’s ultimate variable — The Undertaker — made a sudden and shocking return shortly after Lesnar’s 17th suplex of the evening, and made it clear that bygones from WrestleMania 30 are far from bygone. 'Taker thoroughly decimated Lesnar to the point where the timekeeper did not even bother ringing the bell to signal the disqualification end to the match. Apparently, the Phenom had heard enough about the “One in 21 and 1”, and decided to make it clear at the most inopportune time for Brock that he still had much bigger business to handle than resuming his title run.

The reappearance of the Undertaker likely sets up a massive SummerSlam rematch between the two forces, in what has all of the seeds planted to be an epic rumble between the vengeful superstars now.

What Happens With Rollins And The WWE Championship Now?

Amid the impact made by the Undertaker, it got lost in the shuffle that Rollins, yet again, escaped with his WWE Championship. There's no doubt that he will make it appear to be a valiant effort and defense when he next touches a microphone on Raw tonight, but what is not as clear is what happens now for him in regards to challengers for the title. With Lesnar certain to turn his attentions to 'Taker for now and Roman Reigns being occupied by Bray Wyatt and Luke Harper, there is no straight line challengers in the title picture.

Of those that are out there with some credibility, Randy Orton and Dean Ambrose jump out most immediately. There could also be Kane, who Rollins severed ties with at the end of Raw last week. But it seems unlikely that he gets a title shot at this point. There is going to have to be a massive push soon to get a new credible challenger to the title, as it will take either renewing a former rivalry or pushing a new challenger into the picture. 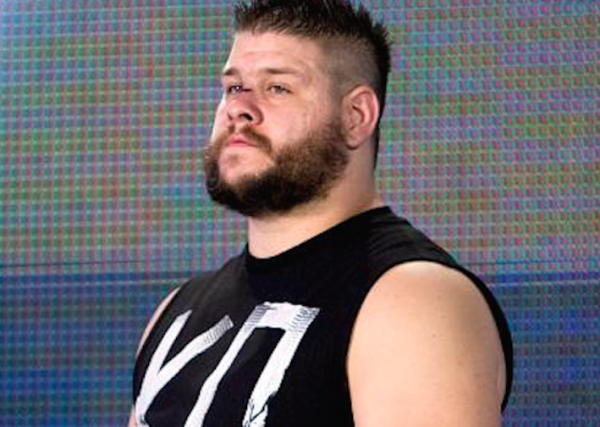 It seemed like the perfect time to put Owens all the way over against John Cena and his United States Championship last night. He was finally free of the NXT Title, having dropped that to Finn Balor earlier in the month, and he had a string of great matchups versus Cena; one of which resulted in a clean pin fall.

But in the end, not only did Owens lose the rubber match of the series between the two opposites last night, he tapped out as well. How will this resonate with what seemed to be a relentless buildup of Owens being the top heel in the business next to Rollins? With the Cena feud being all but settled now, it is likely that he will move into any number of programs from here (one with the already mentioned Ambrose would be particularly good). But hopefully the series-ending loss to Cena doesn’t stall out his momentum in the same way it did to Rusev a few months earlier.

The Buzzards Are Circling Roman Reigns

Reigns just can’t get a break against Bray Wyatt. After losing week after week to the haunting tactics of The Eater of Worlds, he finally had him lined up for the knockout punch to even things out when a blast from the past came to the aid of Wyatt and raised the stakes.

Luke Harper came out of nowhere to take Reigns down to seal a win for Wyatt and prolong the understatedly good program between the two youngsters looking to define their place on the card. With there still being the potential of Erick Rowan joining the party as well, Reigns could be in for a very, very long summer as long as he has the attention of Wyatt.

The Divas Division Is About To Be Incredible

The insertion of the lifeblood of NXT, its incredible women’s division, into the main roster is going to raise the stakes of what Divas matches can bring to the card. Charlotte and Sasha Banks made massively impressive PPV debuts during Battleground, with Charlotte pulling out a win in a match heavily driven by Banks for the majority of it. 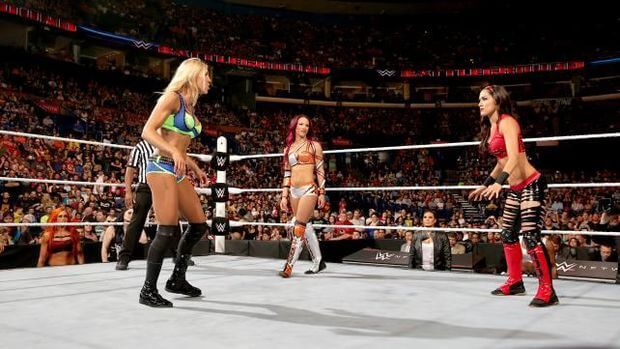 Considering this was all done with the Divas Champion in Nikki Bella, the rogue challenger to the Diva status quo in Paige and the third impact newcomer to the scene in Becky Lynch all outside of the match itself, there are a plethora of new combinations (as well as a much improved talent base) to make the Divas slots become must-see-TV from here on out.