This Sunday evening, the WWE kicks off its first post-WrestleMania pay-per-view with WWE Extreme Rules. And as usual, there is the slight post-Mania hangover, with many of the big storylines that cumulated at the mothership event of the year now past and now the meat-and-potatoes portion of the roster being tasked with keeping the interest and the flame burning.

With a host of new champions, a mixture of debuts/returns and a slew new long-term beefs setting in, it is a new frontier across the WWE currently. What shape will the landscape look like after the first PPV of the WWE’s “new season”? We're about to find out.

No, it was not a shock that John Cena beat Rusev at Mania, simultaneously ending his near year-long undefeated streak and capturing the United States Championship as well. And while everything has been good for Cena on the other side — because things almost always are— the same can be said for Rusev. He was the hottest heel in the company a few weeks ago, but has lost almost all of his steam since his undeniable novelties have been removed now.

While it should not be expected for Cena to drop the belt on Sunday, it does represent a chance for Rusev to re-establish himself as the WWE’s pre-eminent brute tyrant by simply taking Cena to the woodshed in their “Russian Chain Match”, which is a personalized variation of a Strap Match made for Rusev himself.

4. The Rehab of Roman Reigns

The storyline has done the newest “next big thing” no favors over the past few months. Beginning with his Royal Rumble victory going absolutely wrong as possible, the effort has been all about scaling back the build of Reigns and tempering his meteoric singles rise some.

And for the most part, it has paid off well. Reigns has delivered strong appearances on the regular, going eye-for-eye with Daniel Bryan and Brock Lesnar in the past two pay-per-views. Now the effort to make him the strongest competitor outside of the title picture is on and he has a great chance to keep that up in what should be the finale of his blood feud with the Big Show. 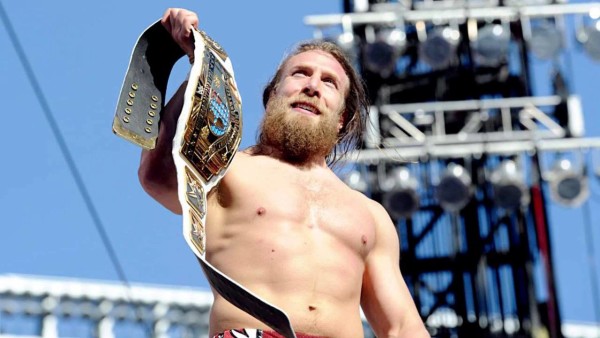 3. What will come of Daniel Bryan?

The current people’s champ was riding high coming out of WrestleMania, accompanied with the Intercontinental Championship belt that badly needed a rub of his popularity to restore its value to the show. However, Bryan reportedly had a reoccurrence of the neck injury that kept him out for most of 2014 during the WWE’s European tour last week and it kept him out of action on both Raw and Smackdown the past week.

Bryan is still scheduled defend the belt on Sunday’s show against Wade Barrett, but if he drops it right back to him, it could be the preview to another potentially long absence from arguably the most popular name on the roster today.

2. How will Orton deliver without the RKO?

Historically, face turns for The Viper have gone with mild results at best. The guy simply is much, much better as a heel as it is really his natural inclination. But his revenge angle against Rollins and the Authority has gone well so far, with the pair providing short, yet quality showdown at WrestleMania, which concluded with an RKO's so impressive it could have made the viral video craze that had Orton's mug everywhere a few months back.

The fun thing about this match is that it both continues an oddly ended storyline from a year ago, when Orton never received a rematch for the WWE World Heavyweight Title he lost at WrestleMania 30, while keeping the fire lit between himself and The Authority, whose poster boy is now holding that same title. As a part of a stipulation sorted out on Raw two weeks ago, Orton cannot use his greatest weapon, the aforementioned RKO, in the match.

While there is no doubt that Randy will deliver the goods in Sunday’s main event, how will that stipulation play out going ahead when he likely loses on Sunday, as things shape up much better for Rollins to have a long run moving ahead?

It is said that the first time around with the championship is the toughest, but thus far Seth Rollins has done a great job of playing the part on the mic as the top guy on the roster. He is still has annoying and smug as ever, and has even shown timely ability to man up occasionally to spice things up.

But when it really matters is what he can do in the ring when it is not his job to steal the spotlight, but to close out the show and deliver on promise. He is setup in the perfect position to put on a hell of a match. He has the consummate pro in Orton to work with and there are a ton of extra attractions to assist in the effort as well. The presence of the steel cage and the growing dynamic between Kane, Triple H and himself, as well as the ever-looming sideshow of J&J Security to add to things as well. Rollins has more than proved that he can deliver in a main event spotlight such as this before (see his match versus Dean Ambrose at Hell In A Cell a few months ago), but its legacy laying time now.