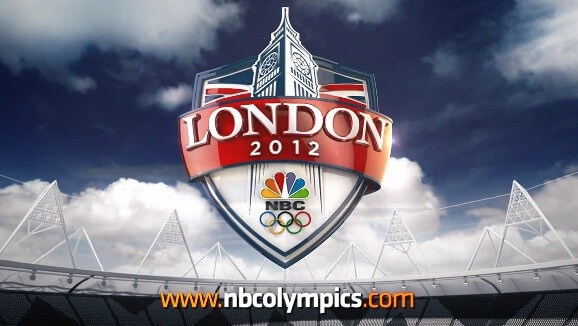 Of course you have your criticisms of NBC’s Olympic coverage. Who doesn’t?

In some rather unfortunate ways, the rage toward the Peacock’s broadcasting decisions is getting more attention than the Games themselves. Maybe it’s because social media tends to be as much a newswire as it is a barometer of “buzz,” but you’d think that NBC had forced us all to watch the Bionic Woman reboot again.

Well, whether we like it or not, NBC will remain the home of the Summer and Winter Olympics until at least 2020. The bidding process for American broadcasting rights was the most competitive in history as the incumbent NBC and its sister channels were challenged by two other television behemoths. The criticism made this Scribe wonder how different the XXX Olympiad would be if NBC actually lost the bidding last year. So earlier in the week, I asked this question both in person and in social media: What could two other bidding networks – ESPN/ABC and FOX – have done better than NBC?

From a few replies, the answer is plenty.

Something that ESPN/ABC would probably do better than NBC is not throw as many sports in a smorgasbord in one block because of their multiple sports channels. Remember when the Games were shown on just one broadcast channel (NBC, from 1964 until 1996) and nothing for basic cable? As much as we appreciated seeing gymnastics, swimming, track and field, and men’s basketball on the primetime stage, it sure as hell made it difficult for other sports to gain more than a highlight for American audiences. Obviously, much has changed thanks to the strange harmony between broadcast nets and their cable properties, but even for NBC, it’s a bit odd to see boxing on CNBC or tennis on Bravo.

Those channels are synonymous with Jim Cramer and the Real Housewives franchise.

With the Disney networks, there’s a good chance that boxing would be featured with a little more prominence from the traditional Friday Night Fights crew or the superstars in tennis like Roger Federer and Novak Djokovic would be featured on ESPN or ESPN2 as they normally are during Grand Slams. ESPNU could take on sports that connect a bit more to the college sports it features like rowing or even water polo. Each sport would have had a natural home in comparison to the confusion NBC seems to be causing.

Of course, there’s a strong chance that Tom Rinaldi would make you tear up with at least two different stories a day on individual athletes coming from adverse conditions. And while he’s mocked consistently for being the solemn voice of ESPN, at least you know that he and the production staff would unearth the best stories you never thought about before, regardless of sport or country.

There’s also an equally strong chance many of you would lose your wits at the sight of Chris Berman.

Now, that’s simple to figure out, considering that ESPN continually displays its might when broadcasting the World Cup (men and women), those tennis Grand Slams and even its annual commitments with the NBA, NFL and Major League Baseball.

Yet, what if it was on FOX?

This was a bit of a head-scratcher. Outside of FOX News and FX, FOX actually has less prominent cable channels than NBC. It does better dedicated soccer coverage thanks to FOX Soccer Channel and its sibling Plus channel, but unless they planned to launch some other cable nets before the Games began, there would be some strange mixes of swimming preliminaries, judo and one of the 60 shows where Gordon Ramsay is cursing at somebody.

FOX, in all honestly, would probably struggle equally as NBC to appease the masses. Sure, it does a solid job presenting the NFL to us every week, and for all of the ratings struggles during baseball’s regular season, we’re fixated to the channel during the World Series. Yet, they’d probably be forced to the same formula because they don’t have as large of a national footprint as NBC does.

Most importantly, FOX gave rise to the most criticized member of the NBC team, Ryan Seacrest. Take with that what you will.

Regardless of which alternative, would we still have the same ads over and over again? As we’ve learned in our “normal” sports cycles day after day, yes, we would. Would there still be annoyances about the commentary of certain sports? Absolutely. Would we fret about there being perhaps too much spotlight on certain stars like Michael Phelps, Hope Solo and LeBron James? Without a doubt.

Would there still be tape-delay? Unless the Earth becomes flat every four years, it’s more likely than anyone would care to admit.

Media nerds and those who love them are more vocal about this than the vast majority, who may not see things the exact same way. Certainly, NBC has deserved some of the criticism lobbied its way, notably its presentation of events held in primetime and the predictably terrible analysis with sports like gymnastics and diving. Yet, beyond the network dancing in the streets about its ratings, we’re still going to watch because in all honesty, why would you miss out on watching the Olympics?

4 Replies to “Would The NBC Olympics Be Better On ABC/ESPN Or FOX?”

Would The NBC Olympics Be Better On ABC/ESPN Or FOX?

Baseball Wheelin’ And Dealin’ In The MLB
4