The unmitigated disaster that was 2016 finally came to an end. As a nation, we elected an orange, elitist, bigoted, xenophobe as president. As enthusiasts, we said goodbye to the likes of Muhammad Ali, Nancy Reagan, Pat Summitt, Prince, and many others. And as fans of the 2016 United States Men’s National Team (USMNT), we suffered through one of the worst seasons in recent history.

The USMNT followed up its captivating 2014 World Cup performance by spiraling to a 10-2-9 (win-draw-loss in competitive matches) record since. After losing to Mexico in November 2015 and failing to earn a spot in the 2017 Confederations Cup, the Americans regressed further in 2016. They lost 4-0 to Argentina in the Copa America Centenario without registering a shot on goal. The USMNT went on to drop each of its first two games in the final round of 2018 World Cup Qualifying, the second of which was an embarrassing 4-0 beat-down in Costa Rica.

With a new year, many changes abound. Resident German-in-Chief Jurgen Klinsmann was promptly canned after the Costa Rica loss. Former USMNT head coach Bruce Arena was rehired to bring stability to a team in which the players’ passion has been recently brought into question.

In 2017, the US men have a fresh start and a player pool full of talent that need not be wasted. As the team prepares to take on Serbia this Sunday, here is what I would like to see as the year progresses.

Find A Formation That Works And Stick With It

Mad scientist Klinsmann had a knack for changing formations and lineups from match to match. The 4-4-2 diamond felt like the formation that offered the most success. However, he opted for others often. The pros: it unearthed new talent allowing for an expanded player pool. New players were consistently introduced, some of which became household names. Klinsmann wasn’t averse to changing the on-field product at will.

The cons: players routinely played out of position leaving the team exposed. Defensive midfielders like Danny Williams and Jermaine Jones were shifted out wide, to the defensive back line, the concession stands and anywhere else Klinsmann saw fit. The formation always felt like an experiment, and at times the players look unprepared. Against Mexico in November, the 3-5-2 formation in the first half was such a disgrace that the players asked Klinsmann to switch at halftime.

Under Arena, consistency should be a theme. While it may not be possible or even the best decision to select the same players for each match, identifying a first choice starting XI and formation is the best thing he can do at this juncture. As of now, the USMNT has done the most on field damage with some version of a 2-striker, 4-man back line formation. Let’s stick with that. With a reeling team, anything that provides additional stability, and the opportunity to build continuity should be priority number one.

Find A Left Back Not Named Demarcus Beasley

Beasley is one of the best American soccer players ever. He plays multiple positions very well, and Bruce Arena knows him well. The depth of left backs in the player pool begins and ends with Fabian Johnson, who is nursing an Achilles injury and prefers to play in the midfield. Unfortunately in the short term, we need Beasley at left back, and we need him to be good. By the end of the year, however, he desperately needs to be replaced.

Why? Well, he’s 34. He is currently not attached to any club team. And while he has played well in the past, his performance in the CONCACAF Cup in 2015 against Mexico showed that his best years are behind him. Arena must uncover someone new. Johnson is a good fullback, but everyone including him knows that his best spot is in the midfield. Jorge Villafaña, who played with the USA Under-20’s and U-23’s, is the starting left back for Santos Laguna in Mexico and has yet to see the field for the full men’s team. That should change this year. Whether it be Villafaña, Greg Garza, Taylor Kemp or someone else, it cannot be Beasley.

Here are the names all USMNT fans need to have seared into their brain throughout 2017: Christian Pulisic, Jordan Morris, Kellyn Acosta and DeAndre Yedlin. These players are the future and present of the team, and they are all under 24 years old. Each of these young men need to start every possible game that they can. Pulisic is an 18 year old getting regular minutes for one the best teams in Germany. Morris, as a rookie with Seattle Sounders, not only led his team to win the 2016 MLS Cup but also scored highlight-reel goals.

Yedlin has earned rave reviews in England for a team, Newcastle, seeking a return to the Premier League. And Acosta of FC Dallas is a key piece for one of the youngest, most fun-to-watch teams in Major League Soccer. I’m tired of seeing our 30-somethings get trounced off the field. Kyle Beckerman and his dreadlocks are getting slower by the day. Jermaine Jones runs hard but still plays like his ADHD is acting up. Get the young guys on the field. Keep them on the field.

Get Rid Of These Ugly T-shirts

What is Nike really trying to accomplish with these?  Like Stars and Stripes FC accurately stated, “This looks like someone was in charge of submitting a design, forgot, and threw together a submission in MS Paint with one hour until deadline.”  I won’t wear this and neither should any self-respecting fan of American soccer. These are legitimately awful and I will have no recourse other than to clown anyone who rocks one. Do better Nike. Fix this now.

While writing this piece, I had to consult one of my really good friends who is the biggest USMNT supporter I know. Joe Obi, who works for our orange president’s federal government, understands the team in and out and probably as much as one man can who isn’t being paid to do so. He offered these kind words about the goalie situation this year.

“This is Bill Hamid’s year to get to the next level. For the past few years, he’s been highly rated by just about everyone in U.S. Soccer circles EXCEPT Klinsmann. Based on his talent, on his best day he could be the number one. In reality, however, he is in a four-way competition (with Ethan Horvath, David Bingham and William Yarborough) for the number three spot behind Brad Guzan and Tim Howard. If he gets in the regular rotation, stays healthy and makes a move overseas, expect his stock to rise tremendously.”

Promptly after Joe sent me these comments, Hamid got hurt… again. For the third January in a row, Hamid has failed to make his impact. Fortunately, his supreme talent still avails 2017 to be his year, but these recent injuries stress the urgency to claim his spot as soon as he can before he falls out of contention. Right now Guzan is struggling for time in England, and Howard is nearing 40 years old. These are the top two choices for any given game. Horvath was the starting keeper for Molde in Norway and just transitioned to Club Brugge in Belgium. But he is still only 21, which makes him an infant in goalie years.

Under Klinsmann, the goalie roulette wheel between Howard and Guzan was in full effect. My advice for Arena: I believe Hamid should be in the rotation. But even if he isn’t, pick a top three and let life happen.

Qualify For The 2018 World Cup Without Needing A Playoff

It’s not 2026, and the 48-team mega-cup is not here yet. This means that the USA is still in a CONCACAF that gets three automatic bids for the top finishers. The fourth-place team has to play in a home-away playoff with the fifth-place finisher from the Asian Football Confederation. The USA is the richest and most populous country in CONCACAF. If we can’t finish in the top three, and this is the USMNT’s only path to the World Cup, we deserve to let a country like Myanmar, Cambodia or Turkmenistan attend instead.

by Jahmal Williams time to read: 4 min
Sports The Best And Worst Valentine’s Day Gift Ever… 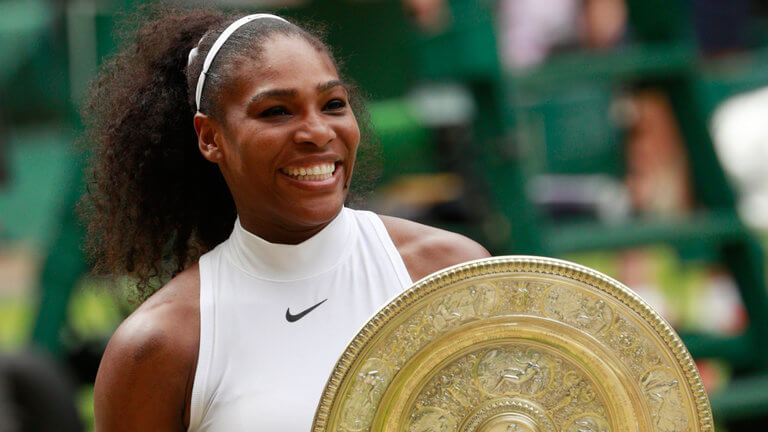 Basketball Don’t Be Scared: Active Players Can Also Be …
3