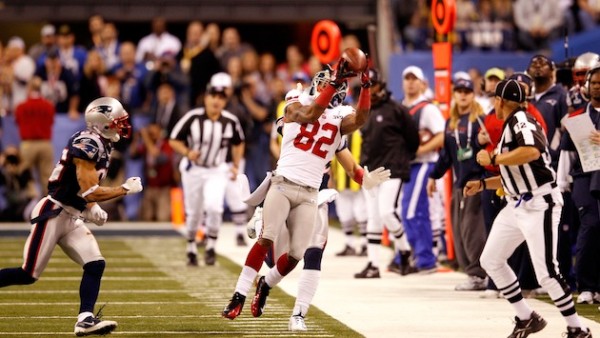 Maybe it’s a result of most the TSFJ staff coming of age in the 1980s and 1990s, but we may all remember the times where talking sports meant talking batting averages, rushing yards and ice time.

My, how those times have changed.

Sports conversations – whether they take place at the barbershop, at the office, at home or even your dorm room – have always been built on performance, dream matchups and generation gaps. It’s easy to debate the greatest basketball player across eras or which historical streak is more impressive. It’s fun to talk about stadium visits or random encounters with actual athletes. Even when those conversations can get absurd, they’re fun because the context is familiar to all involved.

Yet, at least over the last decade or so, there have been some different terms and themes that have come into the sporting lexicon that have changed how fans talk about sports. Some, such as the advanced statistics that have crept into our broadcasts after gaining steam from internet media, have begun to challenge how we view athletic success. A case in point: the American League MVP debate between folklore’s candidate in Miguel Cabrera (Triple Crown) and the champion for sabermetrics in Mike Trout (WAR, OPS, et al) is possibly the first true battle of the two schools of thought in the mainstream since "Moneyball" was published.

Two other themes are not so friendly or easy to debate. They weren't exactly hidden from our view before, but becoming a more aware sports fan means that you've come across them for better or worse.

And these days, it doesn't seem to be for good reason.

Ratings: Raise your hand if you’re part of a Nielsen family.

Raise your hand if you know a Nielsen family.

Raise your hand if you even know what Nielsen is.

Chances are that in recent years, you've heard quite a bit more about television ratings than ever before. Normally, you think about them when it comes to shows that you always believed were prematurely cancelled in favor of others you can’t stand. You heard even more about them with the advent of “reality” television. Yet, the conversations about Nielsen ratings in sports can drive people up a wall because a) they are used to justify how an athlete, team or sport is being covered, and b) the numbers themselves aren't fully explained to Joe/Jane/Jaquon/Juan Fan.

Consider this: Remember how throughout the 2000s baseball fans around the country complained en masse that the sport and most especially ESPN were fixated on the Boston Red Sox and New York Yankees? While it’s said in a rather ironic manner now, for quite a few seasons, there was a legitimate rage towards the powers-that-be because not only was their rivalry consistently on prime-time television, but both teams would be featured heavily for all other games. Predictably, their executives would respond to the cries, and even some personalities such as Colin Cowherd would justify the network’s decision to feature both teams because of … ratings.

It’s also how poker somehow took the place of hockey at the same time.

There’s a strong chance that you don’t actually know what a Nielsen rating is, but it’s certainly shaped how you might think about how your favorite team is or isn’t discussed on a wide scale.

To be fair, ESPN is a television company at its essence, and every network uses those numbers to run its business. And in sports, there is one place where relying strictly on ratings (at least past ratings) should start a new argument these days: NBC’s Sunday Night Football.

Labor strife: When many of us were twinkles in our parents’ eyes, baseball had work stoppages as often as the sun rose. Yet, it wasn’t until 1994 when a strike eliminated the pennant race, the World Series and effectively the Montreal Expos that the public truly understood how big of a business sports truly are. Months later, the NHL – after the New York Rangers won their first Stanley Cup in 54 years – had their first of three lockouts and fourth labor stoppage since 1992. 1999 is known as not only the year of the NBA lockout, but a seemingly auspicious start of the San Antonio Spurs dynasty.

Even in those years, the public’s basic understanding of those situations was billionaires arguing with millionaires (though there are more hundred thousandaires than anyone cares to admit).

While labor issues are far from new, the open discussions of them on our favorite sports outlets provide more awareness than ever before – not to mention the mainstream coverage once a work stoppage starts or ends.

In the last three years, how many times have you come up with a way to split sports-related income to end lockouts? How often did you try to come up with a revenue-sharing plan to “help small-market teams” or actually punish some owners for being cheap?

Then again, how often did you just say “figure this s*** out already!?”

The language of sports continues to expand because the demand for the games just won’t stop growing. We have a greater awareness of all things that connect to sports, so logically, how we converse about them has naturally changed.

As a kid, did you ever think that you’d talk as much about these matters as you did arguing about how many fouls Michael Jordan got away with (many, by the way)?

3 Replies to “The Name Game: The Changing Of The Sports Lexicon”