Unless you’ve been living under a rock since Sunday, you’ll most definitely have heard about a something that goes by the name of the ‘European Super League’.

It’s been a major news story over here in the US, but over in Europe – sheesh – it’s like it’s marked the very beginning of soccer armageddon!

To your regular US sports fan, the proposed new European Super League will look quite similar to the major sports leagues over here. Heck, if anything it may appear to be an improvement on the current European soccer system. No relegation, less financial risk for the clubs, better quality teams – what’s not like? 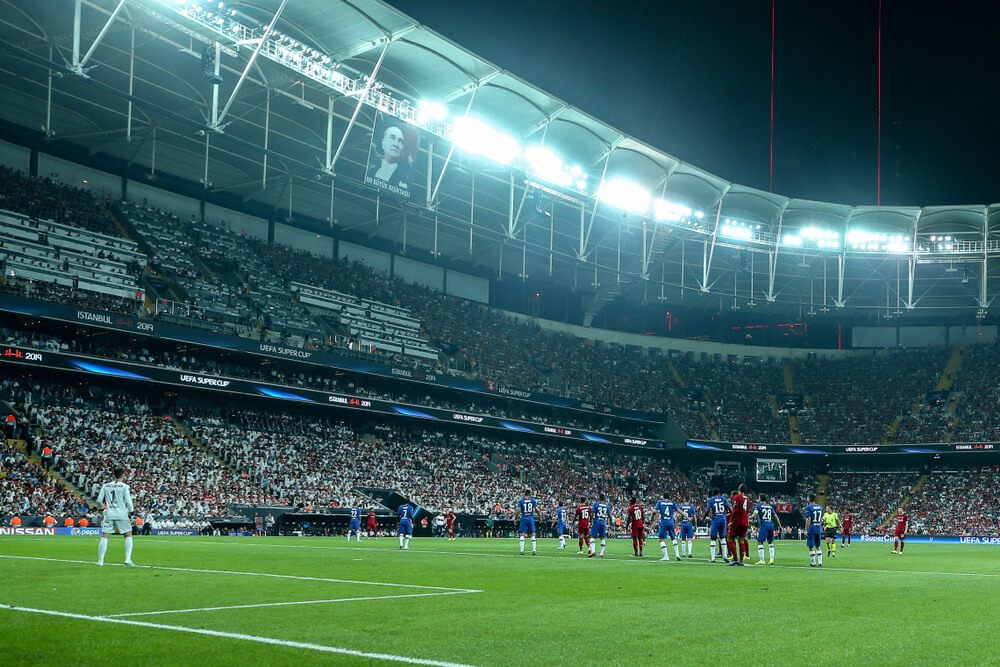 Why then are so many soccer managers, players, experts and fans alike so up in arms and vehemently against the idea? The short answer – it goes against over a century of European soccer tradition, and is purely driven by money. Ultimately, it’s taking the game away from the blue collar workers who built it.

And the long answer? We’ve attempted to address some of the more important points below, but first things first…

What Exactly is the ‘European Super League?’

The European Super League is a concept that has been floated around in European soccer discussions for a few years now. Basically, it involves pulling together the biggest and best supported clubs in Europe to play in an elite closed competition that would replace the Champions League. This means that the games would be played midweek and that the clubs could still theoretically play in their domestic leagues on weekends.

A shock announcement on Sunday brought it closer to fruition, with 12 soccer cubs reportedly signed up for the league, which is to have a total of 20 participants. The announcement has taken everyone by surprise –  and sent shockwaves through the footballing world.

What Clubs Have Signed Up?

Of the 12 clubs to sign up to the European Super League, six of them are English – Manchester United, Manchester City, Liverpool, Chelsea, Arsenal and Tottenham. They are joined by the three biggest clubs each from Italy (AC Milan, Inter Milan and Juventus) and Spain ( Barcelona, Real Madrid and Atlético Madrid). 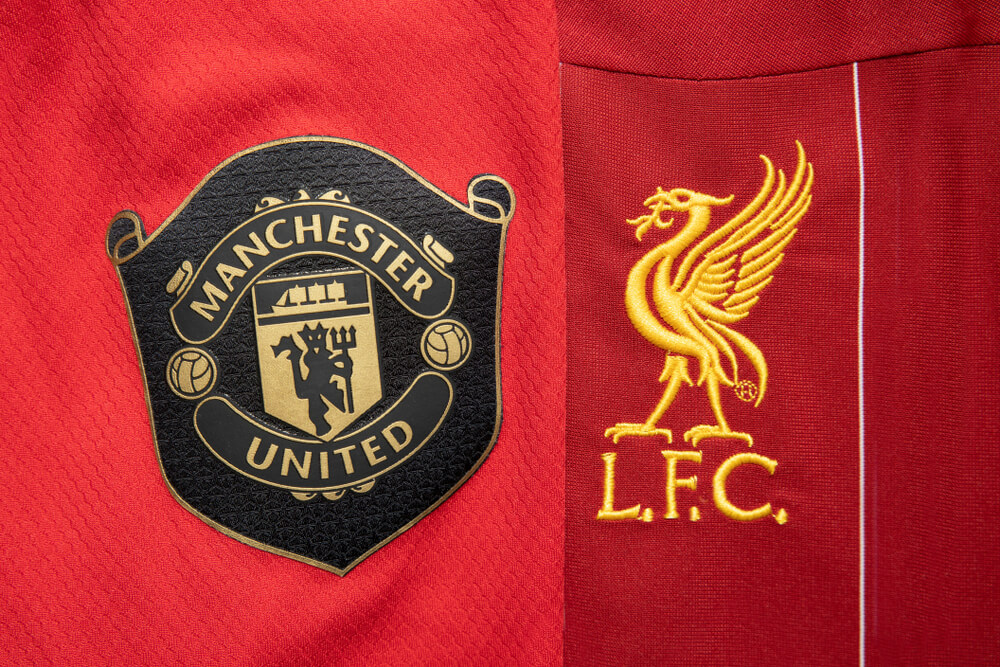 The founders of the Super League also approached German clubs Bayern Munich and Borussia Dortmund, as well as French Giants Paris Saint-Germain. Thus far, those three have rejected the invitation to join the league.

How Exactly Would the European Super League Work?

The European Super League is set to be made up of a total of 20 teams, 15 of whom would be invited – the 12 founders plus Bayern, Dortmund and PSG. The other five places are to be given to five other successful clubs from the top domestic European soccer leagues each season.

For the clubs involved, it would essentially replace the Champions League and the games would be played during the week. This would mean that the teams involved could still participate in their respective domestic leagues.

Why Has it Been Met with So Much Hate?

Jeeze, where do we start?

Everyone from the fans, to the player to coaches have come out to voice their opinions against the very idea of this European Super League. We’ve run through some of big discussion points below.

Goes Against over 100 Years of Tradition

First of all there’s the question of European soccer tradition, which the Super League goes against.

While it’s an alien concept here in the US, European soccer has always operated on a pyramid system, where clubs can get relegated and promoted. This system, which has worked in some shape or form across Europe for well over a century, is both a reason behind the creation of the Super League and why it’s been met with so much hate. 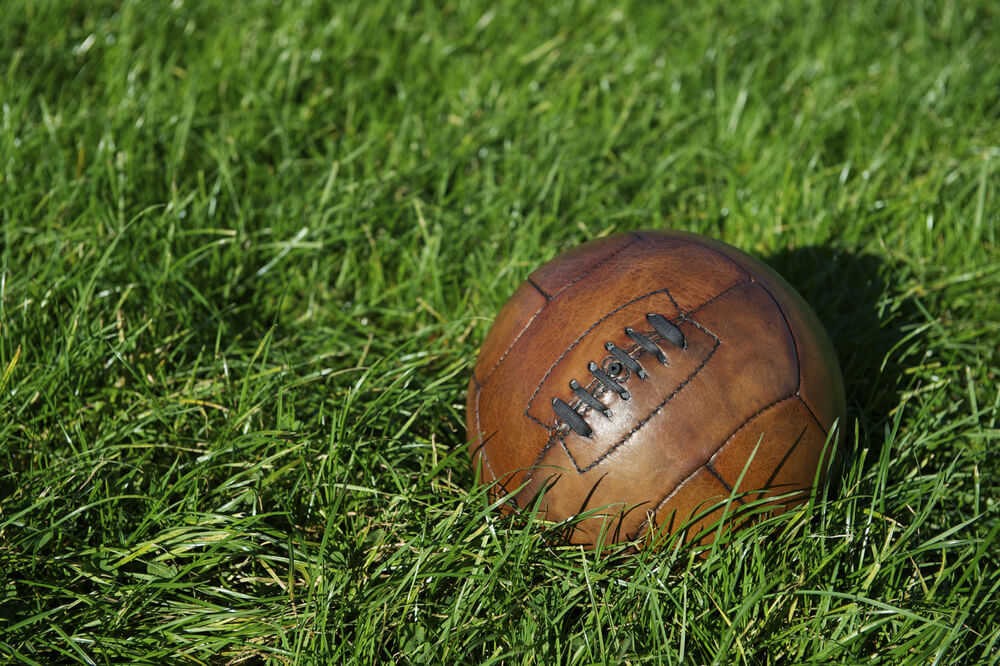 American sports leagues don’t work with the relegation/promotion system, but with European soccer it’s ingrained in the culture. Therefore the very fact that 15/20 teams will be permanent features of the league, while the remaining five will have to get there on merit, doesn’t sit well with most fans and players. Those behind the formation of the Super League are looking to avoid the financial losses that can come as a result of relegation or failure to qualify for the Champions League.

The most obvious reason why the move has faced so much backlash, is because it’s very much overtly driven by greed and capitalism. Big money deals and marketing have had a strong influence on soccer for a while now, but this has taken it to the next level in the eyes of many fans. Essentially, the richest clubs in Europe are making an elite league, financially shutting out the rest of the pack in the process. 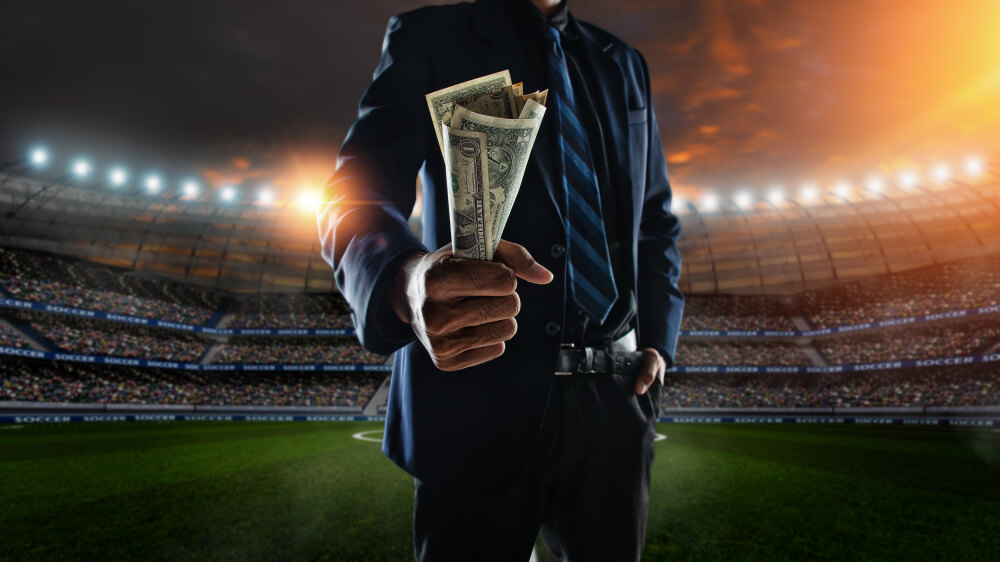 At the end of the day, it’s simply seen as unfair that 15 teams will get unchallenged access to the competition, while five others will have to get there on sporting merit – and with a lot less money to boot. Theoretically, this means that one of the five teams could win the competition but still not qualify the following season should they fail to win their domestic league.

There are also questions regarding the 12 founding members thus far. Rather than consisting of the biggest and most successful European teams, the invite criteria seems to be based more on wealth, branding and marketability. The three Spanish clubs and the three Italian clubs can all stake a claim to being European royalty, but there are some question marks over some of the English clubs included.

Question Marks Over the Inclusion of Six EPL Clubs

Of the English clubs, only Liverpool and Manchester United have a long and consistent enough history of domestic and European success to pit them amongst the European elite. 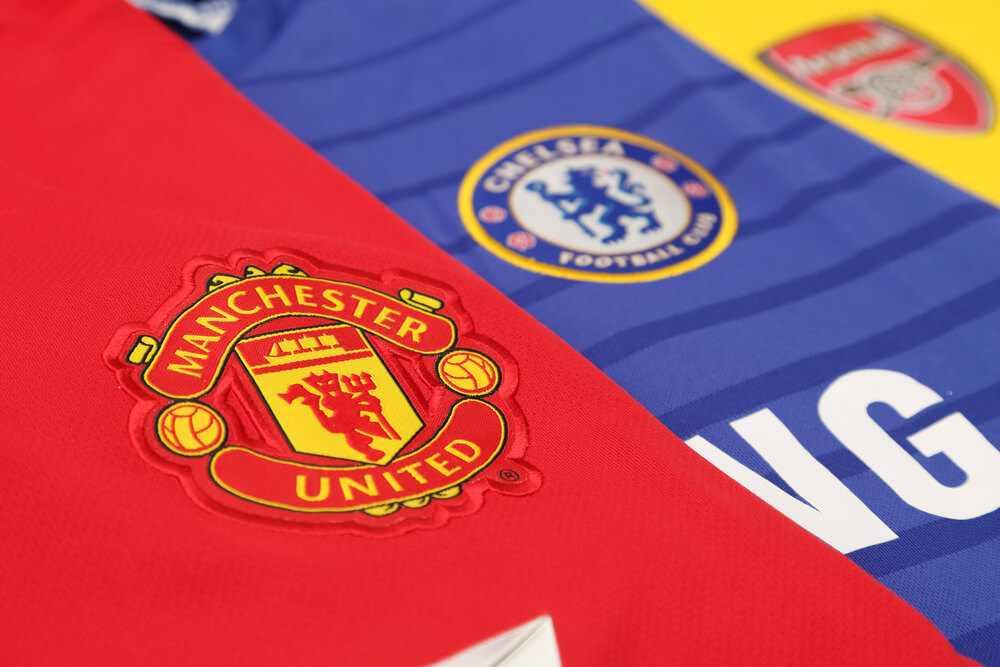 Chelsea do have a Champions League title to their name, as well as few domestic titles, but most of their success has been recent and very much driven by the arrival of new Russian Money. Manchester City, for all of their recent domestic success, have never won a Champions League and have even been relegated from the Premier League in living memory.

Arsenal and Spurs haven’t won the Champions League, and both have the added lack of recent Domestic success. Arsenal haven’t won the Premier League for over a decade and a half. Spurs meanwhile, haven’t won a league title in over 60 years!

Why Have Bayern and Dortmund Not Signed Up? 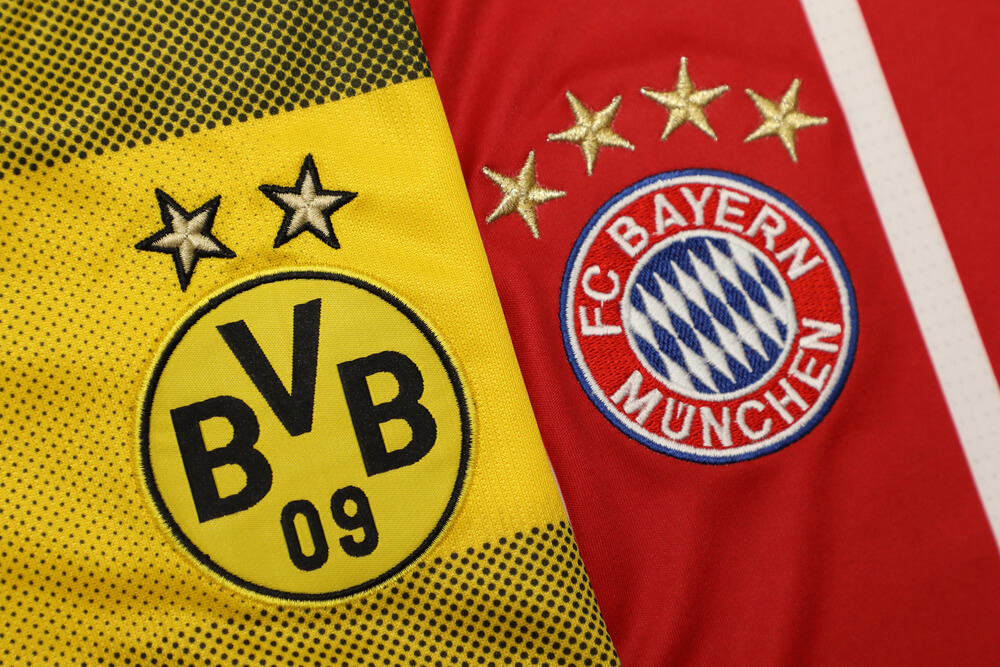 Bayern Munich, Borussia Dortmund and PSG were all invited, but have as of now declined the invitation. For Munich and Dortmund, the reason behind this is down to the entry requirements for the German Bundesliga.

Under the current laws, all German clubs must be at least 51% owned by the fans. This means that no one single company or person can buy enough control of a soccer club to become the sole decision maker. German football fan culture is strong, and so no matter how much the richer investors might want it, the fans won’t allow their teams to to enter a competition they don’t like.

Paris Saint-Germain’s declining of the invitation has come as much more of surprise than the expected rejection from the German clubs. 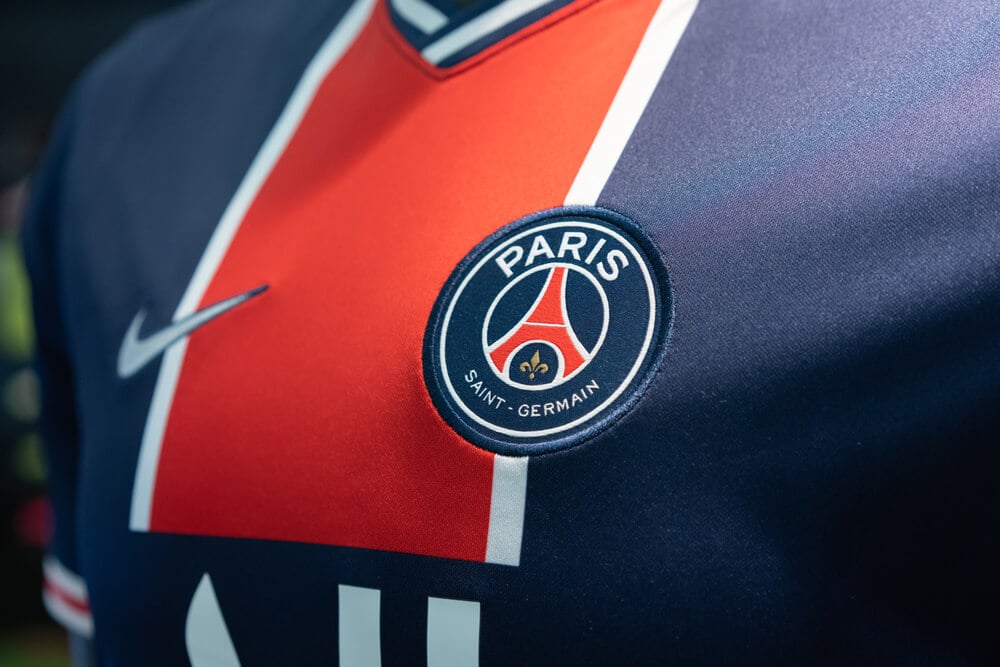 On the face of it PSG are one of the clubs that a competition like the European Super League seems tailor made for. They are a relatively young club, who recently came into money and have been very openly splashing the cash on elite players, such as Neymar and Kylian Mbappé.

Although nothing has been confirmed, it’s thought that PSG’s close relationship with Aleksander Ceferin, the UEFA president, is the reason that they’ve thus far declined.

UEFA are very much against the breakaway Super League, and have been threatening the clubs involved with immediate sanctions. It has widely been assumed that PSG don’t want to tarnishing their relationship with UEFA, but unlike the German clubs, they haven’t yet ruled out joining at a later date.

Why Are UEFA Against the European Super League?

The backlash from the players, fans and those involved in football at ground level has been vitriolic, however the strongest response has been from UEFA – the major European soccer regulator and governing body.

UEFA has already gone as far as to threaten instant punishment for the clubs involved, including removal from this year’s Champions League and banning the players from representing their national teams. 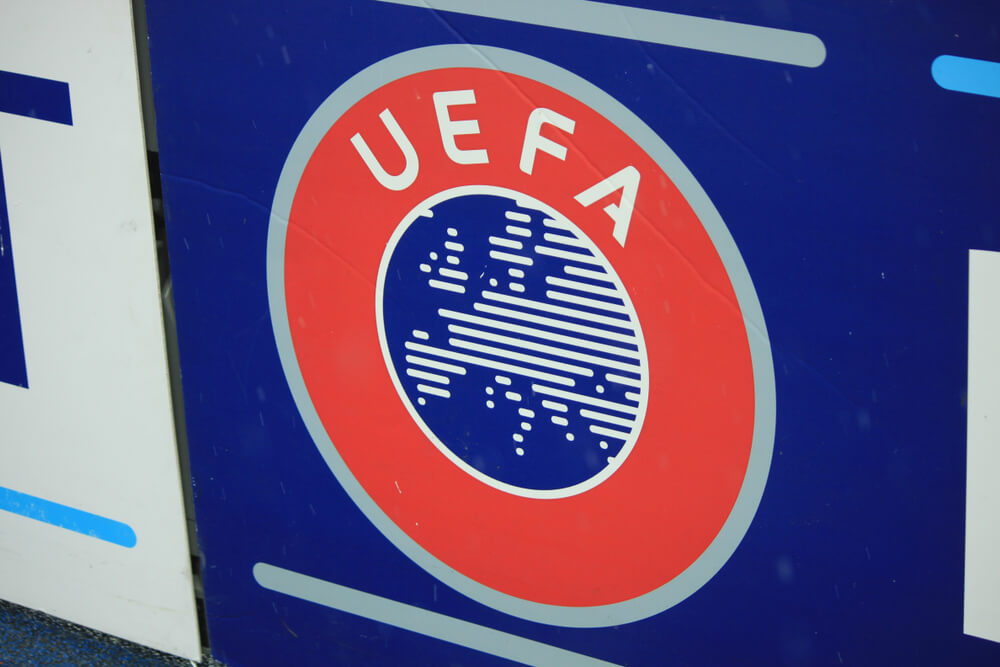 UEFA are the most obviously aggrieved party, as the European Super League is essentially their 12 biggest assets creating a new big money spectacle – and shutting them out of the whole thing.

To put it into perspective, it would be like Conor McGregor taking the 12 other best fighters from the UFC to create his own MMA fighting promotion, all while telling Dana White to “fook off” . UEFA have been talking big, but these 12 clubs pull in a lot of money and so are in a pretty good bargaining position.

European Super League – What Happens Next?

To use a tired cliche, only time will tell – but it may tell use very quickly.

This is one of those stories where new developments are quite literally being thrown at us by the second. There are a lot of possible end games for this one – it could all turn out to be a power play by the elite clubs to get more money out of UEFA and a Champions League shake up that’s more to their liking.

Alternatively, it could all get called off due to a fan backlash or it might just be belligerent pushed through by the money men behind it and happen regardless, with the naysayers eventually accepting it.

At the end of the day it will all boil down to one of two outcomes – it will either happen, or it won’t. The real stories will come from the domino effect that the final decision causes. 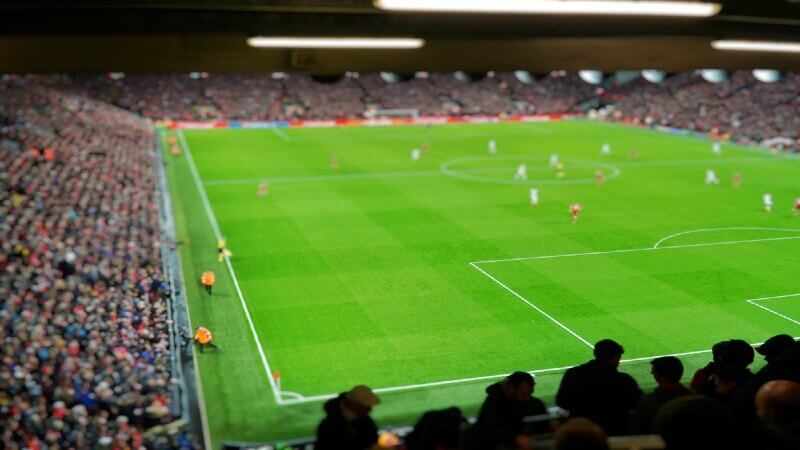 Why European Soccer Fans Are Freaking Out About the Super League 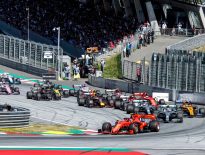 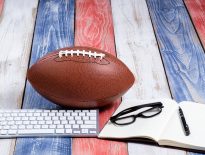