Nearly halfway through the Barclays Premier League season a familiar name sits at the top. Since this incarnation of England’s top league began play in 1992, Manchester United have won the title 12 times including 4 times in the previous 6 seasons.

Now, the premiership is arguably at its most competitive level. The deep pocket books of England’s top clubs has lured in the most talented group of players in history to Great Britain. Combine this array of talent with the physical demands of playing English football and the cold, wet weather, and you have unmatched parity.

So how is it that Manchester United are finding it so easy to run away with the title yet again? Last weekend, the Red Devils defeated reigning champion and cross-town rival Manchester City 3-2 to open a 6 point gap at the top of the standings. In doing so, United ended City’s remarkable unbeaten run at home.

The Red Devils’ success can be attributed to, in a word, stability. On the sideline, Sir Alex Ferguson has managed the club to each of its 12 Premier League titles. He simply knows how to win. It’s often less flashy than his top four rivals, but the three points continue to stack up.

On the field, a collection of holdovers from the 90’s remain the heart of the United side. Ryan Giggs, Paul Scholes, and Rio Ferdinand are aging legends, but legends still. Each has lost a step (or three), but their mere presence on match day sets a championship standard.

Of course, it helps to have Robin Van Persie and Wayne Rooney leading the attack. Both players have inserted themselves in the “Best player in the World not named Messi or Ronaldo” discussion.

The two have combined for 19 goals and 13 assists in their first season together. On Saturday, they and United torched an overmatched Sunderland squad 3-1 at Old Trafford. Van Persie was brilliant once again. He opened the scoring with a fortuitous goal, as some sloppy defensive play by the ex-Red Devil John O’Shea left the ball on the Dutch striker’s foot. He coolly side footed it into the top left corner. (No word on whether O’Shea tried to join United’s training this week with the shirt he grabbed at the customary postgame exchange).

Many would attribute the goal to pure luck, but doing so would be to ignore Van Persie’s talents as a striker.  He’s not the fastest man on the park, nor the tallest, yet he knows how to find scoring areas. He creates space better than any striker in England (maybe in Europe but I won’t go there just yet) with deceptive runs.  It was lucky that the ball bounced to him, but not lucky that he was there.

The frontman turned provider on United’s next two goals as he set up first Tom Cleverley and later Wayne Rooney after he split two defenders. It was a fitting close to the Red Devils scoring. Van Persie and Rooney linked up all day to no avail- the latter of the two was uncharacteristically off the mark on multiple occasions- before sealing the victory with the third.

My feeling is this: With Sir Alex at the helm and Van Persie and Rooney in form, the title is United’s to lose. Every team that plays the Red Devils from here on out must plan on scoring at least 2 goals to secure even a draw. Such is the worth of United’s enviable strike partnership.

Then again, this is England. As the air thickens so too does the plot.

One Reply to “The Equalizer: It's Manchester United's England Once Again”

The Equalizer: It's Manchester United's England Once Again 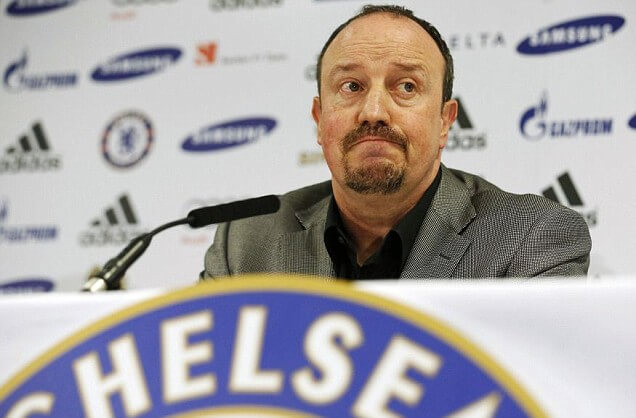