Welcome to “The Equalizer” FKA “Goal of the Weekend,” new name, same column. On this weekend, a headline all too familiar to Chelsea fans dominated the news.

It’s Sunday night here in America, some five days after Roberto Di Matteo received his marching orders, destination: Siberia. Those of us who follow the premiership have stopped trying to comprehend the personnel decisions of Chelsea’s billionaire Russian owner, Roman Abramovich.

The Oligarch’s mantra is simple enough, “I’ll buy the players, you win the trophies,” and yet his treatment of players and managers alike has rendered him insane in many people’s minds. Jose Mourinho won Chelsea’s first two titles in Premiership history. Carlo Ancellotti later added a third. Win in Europe, Abramovich sneered. Both men were exiled despite their successes.

Luiz Felipe Scolari has a World Cup on his resume to go with a Blues pink slip. Guus Hiddink managed both the Netherlands and South Korea to semifinal berths in World Cups. His tenure in London lasted a quarter of a season (Though it must be said, Hiddink left at his own discretion. Still, that didn’t stop fans from insisting that Abramovich sign the Dutch manager to run the club on a permanent basis, calls that fell, as they often do at Chelsea, on deaf ears.)

Chelsea have now had nine managers in Abramovich’s nine years at the helm. The blonde Russian owner watches ominously over each match. With every conceded goal, the camera flashes from the luxury box to an uneasy coach, fidgeting on the sidelines under a sniper’s watch; “Say the word, sir, and I’ll remove him from the club.”

Winning, it appears, is not enough for Abramovich. You must win beautifully. When supermodels watch by your side, one-nil victories just don’t cut it.

The Owner thought he had remedied this situation a summer ago when he brought on the much coveted Andre Villas-Boas to manage his club. AVB, as he is known, was a protégé of Mourinho.

He brought with him an attacking brand of soccer that earned him a rare treble (domestic cup, domestic league, Europa league) at Portuguese club Porto. At Chelsea, his greatest achievement was inspiring this website. AVB didn’t last the winter.

In his stead stepped the suave Italian, Di Matteo, a former club standout whose popularity alone appeased the anxious fans. Everything he touched turned to gold, or rather silver. With the league title out of sights, Di Matteo focused his attention instead on the Champions League and FA Cup.

He won both in quite miraculous fashion. Out of all the big name managers that Abramovich brought in, it was the former West Bromwich Albion, the pre-top four Albion mind you, boss who delivered Chelsea’s first European championship.

To the delight of the fans, many of whom speculated that anything short of a Champions League win would result in Di Matteo’s dismissal, Abramovich backed his new found good luck charm.

But after dropping a crucial European match to Juventus last week, the Russian signaled the rifleman yet again. Di Matteo led his squad to top spot in the league through eight games. They’ve since slipped to fourth.

Two trophies as an interim coach just isn’t good enough to solidify job security in Roman’s world. Think of Di Matteo less as a manager for a moment and more as a walk-on quarterback. The star flamed out so spectacularly that the boss had no choice but to turn to his pesky back up. Di Matteo stepped in and won. Regardless of his tactics or lineups, he won.

At some level, though, he is still a walk-on.Chelsea had its sights set on several blue chip recruits including the aforementioned Mourinho, Barcelona’s ex-man Pep Guardiola, and eventual job recipient Rafa Benitez. The walk-on whose leash is ostensibly shorter faltered. He was yanked.

Chelsea supporters have greeted Benitez’s appointment with much disdain. Many feel, as do I for what it’s worth, that the former Liverpool boss has been brought in to reinvigorate wayward striker Fernando Torres.

Torres’s tenure at Stamford Bridge has been tragically laughable. Tragic, because at his peak he was a top five striker in the world and bad knees partially derailed his career; Laughable because Abramovich paid an ungodly sum (50 million pounds!) to get a broken player with a severe lack of confidence. Every miss comes accompanied with jeers, every flash of brilliance the commentator’s call of “Vintage Torres!”

So Chelsea, in desperate need of strikers, calls on the one man that has previously inspired the one they have.

In a word, Benitez’s start at the club was inauspicious.

In a 0-0 draw with champions Manchester City, water as well as incessant boos rained down on the London pitch.

Signs of “Rafa Out!” and “In Di Matteo we trust” dotted the Stamford Bridge crowd. A ringing applause went up at the 16th minute, homage to the number that Di Matteo wore in his playing days at the club. Abramovich sat unmoved throughout the early evening, dictatorial in stature.

Appropriately, the best chance of the game fell to Torres who blasted the ball over the bar.

It was an important away point for City who after their midweek defeat to Real Madrid in the Champions League will now focus all efforts on retaining their League title.

Benitez, on the other hand, will get a chance to redeem himself as early as Wednesday when Chelsea welcome fellow Londoners Fulham to the Bridge.

To quote the Starks of Winterfell, “Winter is coming,” for Chelsea and the other nineteen members of the Premier League.

QPR sit winless at the bottom. Manchester United hold a one point edge at the top. The rest remain entrenched in their various endeavors.

Which teams have the mettle to survive the perpetual overcast that is an English winter? Can West Brom maintain their promising start and qualify for Europe’s premier competition? Can my Southampton, on the back of consecutive victories, continue their climb out of the relegation battle? Will the transfer market bring consistency to North London where both Arsenal and Spurs are dwindling on the edge of contention?

Weather can be the great equalizer. We had three 0-0 draws in a soaked weekend. Surely more will follow.

At least Jermaine Defoe gave us one last spectacular effort to remember the early season by.

Props to Defoe and peace to Chelsea. To their beleaguered fans, I suggest listening to famous supporter Mark Hoppus, who in blink-182’s emo-ballad “Adam’s Song” shouts “Tomorrow held such better days.” Maybe it does for the club. Maybe it does. 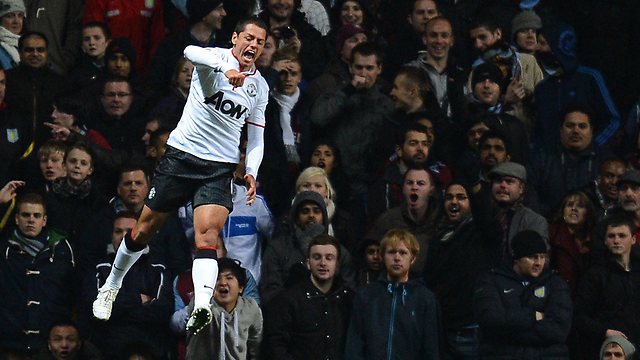 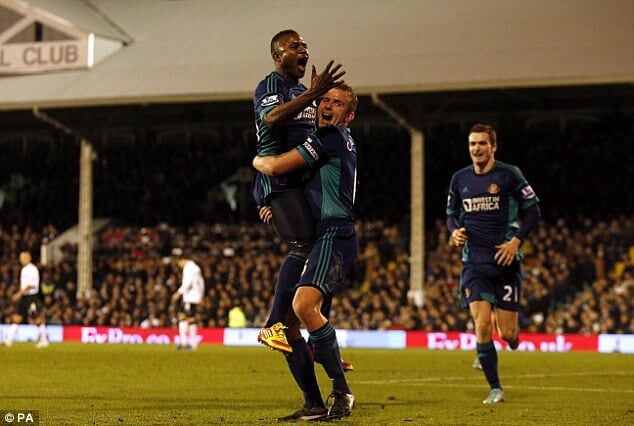 No Class Friday Goal Of The Weekend: Sunderland’s Stephane S…
0