On Tuesday night the USA defeated Mexico 2-0 in a World Cup qualifying match in Columbus. The win coupled with a Honduras-Panama draw sent the United States to its seventh straight World Cup. Qualifying can be a headache, both in watching your team struggle and also in trying to figure out the convoluted system. Hexagonal? I slept through geometry nine years ago. Just wake me up when we get to Brazil.

Ten national teams have now qualified for the World Cup Finals including the USA, Costa Rica, Brazil, The Netherlands, Italy, Japan, Australia, South Korea, Argentina, and Iran. Several notable teams are on the brink of qualification including reigning everything champions Spain.

Since soccer has entered the national conversation once again this week, I’ve taken the opportunity to preview the World Cup far too early in the going. Between now and November, when the group draw occurs, some nations that are expected to wreak havoc in South America will fail to qualify. With injuries, a near full European season to play, and controversial squad decisions that are sure to come, who knows what the landscape will look like next June. Right now, though, I’ll do my best.

Brazil enter the tournament as the hosts and favorites. While I wouldn’t put too much stock in their 3-0 Confederations Cup victory over Spain earlier this summer, they were the runaway best team in what is supposed to be a World Cup tune-up. Before you hand the Brazilians their sixth world championship, understand that the side faces some serious hurdles before they even take the pitch. Because the host team automatically qualifies, Brazil doesn’t get benefit of playing in the CONMEBOL qualification tournament. Every match in South America is difficult. By the end of 2013 the potentially five other South American teams will be well seasoned, while Brazil prepares for world domination with a series of friendlies.

Then there is the selection of the twenty-three man roster. Who dons the famous yellow, green, and blue kit? Call it a good problem to have, but Brazil almost overflows with talent. Among the -inho’s, Freds, Oscars, and Lucas’s, someone will be left out. And that selection will be questioned by the overbearing fanbase. Easing some of the concern will be 2002 World Cup winning manager Luiz Felipe Scolari. Then again, anything short of a title will be considered a failure. Good luck playing under that pressure.

Aside from the Brazilians, Germany (assuming they qualify), Argentina, and of course Spain represent the other top contenders. Germany has reached at least the semifinals in each of their last four major international tournaments. Their domestic league just sent two teams to the Champions League final. Germany have never claimed the trophy as a united side. West Germany last won the World Cup in 1990. That streak could very well end next summer.

Keep in mind that only South American teams have won on this side of the Atlantic. If Brazil falters, Argentina, with Lionel Messi in his prime, offers the best chance of winning. Spain is Spain and will continue to be Spain so long as Xavi and Iniesta are running things.

If you want somewhat of a sleeper pick- and keep in mind only eight nations have ever lifted the World Cup- I think the Italians could win their fifth Cup. They showed well at both the Confederations Cup and at the 2012 Euros, and were really unlucky with injuries during each. Andrea Pirlo is the leading candidate to turn in a Zidane in ’06 effort, you know, with much better hair and without the head butt

The United States fits into the category of possible surprise semifinalists. With the exception of the 2006 World Cup when giants Germany, Italy, France, and Portugal clashed in the penultimate stage, every World Cup since 1990 has featured at least one darkhorse team in the final four. In 1994, Sweden and Bulgaria played for third place. In ’98, the new nation of Croatia took the bronze medal back to the Balkans. Turkey defeated South Korea for third in 2002, and Uruguay made a stunning run to the semifinals in South Africa 2010 only to fall at the hands of the Dutch.

If the draw is right, the United States could go on a similar run in 2014. They are playing better soccer than they ever have in their history. It should be noted that the last time the Finals were held in Brazil the US finished third. Never mind that only four teams participated.

Colombia and Belgium are two sides that will become trendy picks as June approaches. Both nations boast a wealth of talent, the Belgians especially. Eden Hazard, Romelu Lukaku, Christian Benteke, Kevin Mirallas, Marouane Fellaini and Moussa Dembele make up a formidable attack regardless of who starts out of the group.

I expect Ghana and the Ivory Coast to represent Africa well should both nations qualify. The last step in African qualification, however, is a tricky home-home series with another group winner. There are no guarantees from that continent.

June can’t come soon enough. Until then, catch up on some reading.

The Mystique of Columbus from SI.com

Germany and US Soccer from The Shadow League

To Russia, With Love from Sports Illustrated

The Case for the Forty Minute Game from Grantland

Bomani Jones on Black Quarterbacks from The Shadow League

The PGA Player of the Year Debate from USGolfTV 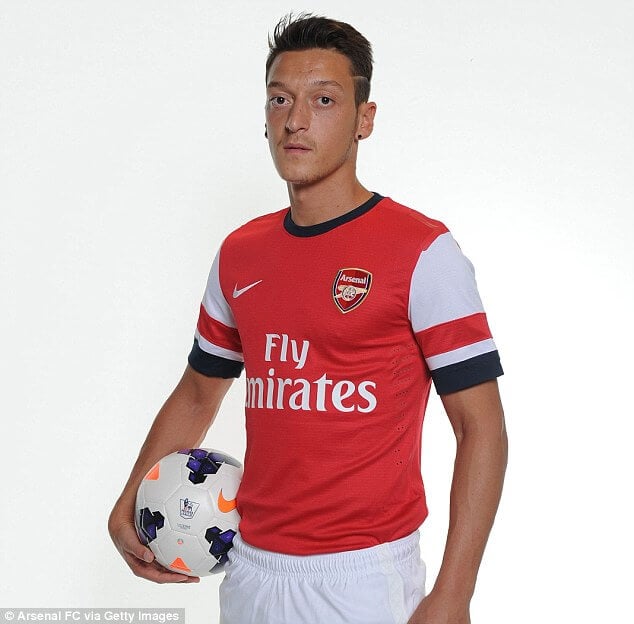 Football Starting Lineups: Are You Ready For Some NFL Footb…
0