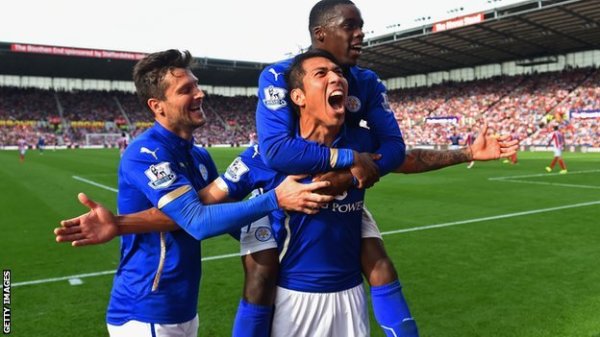 Getting promoted to the Barclays Premier League can be a scary proposition. You have to go from one standard of play to another, and in England, the difference between most Championship teams and the teams playing in the Champions League is probably the difference between the top teams in Football Bowl Subdivision and the majority of teams in the Football Championship Subdivision.

Don't tell that to Leicester City. The Foxes don't care.

They're currently sitting on five points from four games, which has them in 11th place four games into the season. It's not great in terms of points per game, but that's only half the tale.

Leicester City drew with both Arsenal and Everton at home this season. This year, Arsenal will play in the Champions League and Everton in the Europa League. That's two of their five points.

The other three came this weekend away at Stoke. Stoke came in ninth place last year, not a bad showing at all. This is the same Stoke that beat last year's champions, Manchester City, in Manchester this season.

Leicester's other game? Away to Chelsea. No team this season has conceded fewer to Chelsea in the Premier League.

Leicester City is punching way above its weight. The question soon becomes how long the Foxes can continue to scrap with these bigger teams. Also, once they're finally pitted against teams that finished in the bottom half of the Premier League (they host Manchester United before visiting Crystal Palace, 11th in the Prem last year), how the players will continue to get up for these games might change.

To hell with questions and concerns. Leicester City is fun. Keep watching this team. 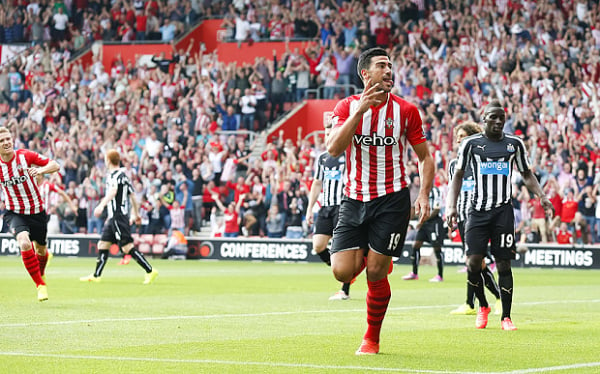 No one team was decimated this offseason quite like Southampton. The Saints, after a shocking eighth-place finish, lost five of their best players as well as their manager. There was a real “it was fun while it lasted” vibe surrounding the club.

Any trepidation has been replaced with belief at St. Mary's. After four games, Southampton sits in fourth place on seven points. The 4-0 victory over Newcastle on Saturday was the weekend's most impressive performance. The Saints ran the visitors off the field. Summer transfers Graziano Pelle and Dusan Tadic shined.

It's still only September, but the result felt like a statement game for Southampton. Pelle looks comfortable fronting the attack after a so-so debut against Liverpool to start the season. Tadic, frankly, is a star. His two assists to the Italian striker were perfectly measured balls. The good news for Southampton supporters is that Tadic still looks to be settling in. Don't get me wrong, he's been brilliant. But there are still times when he looks more eager to pass the ball off rather than keep it himself. You'll hear his name a lot more this season.

The Saints have earned a reputation as England's best producer of talent. And with the likes of Gareth Bale, Theo Walcott, Alex Oxlade-Chamberlain, Luke Shaw and Calum Chambers going through the academy, it's hard to argue that. But the club has quietly made some of the best purchases as well. Tadic and Pelle are the cream of the crop as of now, but newcomers Ryan Bertrand, on loan from Chelsea, and Shane Long have also played well in the early going. And then there's Victor Wanyama, who came over from Celtic a year ago. The Kenyan is quickly becoming one of the top holding midfielders in England. It's hard to believe he's 23.

Chill With The Smediums, Arsenal

Yo, Arsenal. We gotta talk.

Did you guys want to have paint-on jerseys but weren't allowed to? Because paint on jerseys would be the only thing closer to the skin than these.

Your players can make this work, but what about the fans? Last thing I want to see is someone my size or bigger trying to wear one of these.

I can't imagine the problems women are having with these shirts.

Let's All Enjoy John Terry's Own Goal On Loop

Look. Chelsea is the best team in the Premier League right now, and it's not even close. Diego Costa bagged a hat trick in a 4-2 win over Swansea City on Saturday to help the Blues maintain their perfect start to the season. Costa might score 40 goals this year. Jose Mourinho is happy. So is Roman Abramovich.

In other words, Chelsea haters, and there are plenty, won't have much to look forward to in 2014/15. So let's watch John Terry, who by all accounts is a pretty terrible human being, score an own goal over and over again.

So I'm going to break the rules here. This is supposed to be best Premier League goal of the weekend. But this one is worth breaking the rules for.

This goal came in a 5-4 thriller in which AC Milan beat Parma. On a slow back-pass to the Parma goalie, Menez takes the ball and puts it to one side of the goalie while running around the other. That's a great trick by itself.

Small problem — that touch sends the ball across the front of the goal, and by the time Menez catches up to it, he's looking at a closing angle with the Parma goalie bearing down on him quickly.

So he hits it with his heel into the top of the net while running close to full speed.

Arsenal can be maddening to watch. The Gunners will knock the ball around all over the park with intricate flicks, tricks and one-two's only to forget that they are allowed to shoot. They're also often cursed by making one pass too many. But when Jack Wilshere scores a goal like he did in a 2-2 draw with Manchester City, it makes it all worth it.