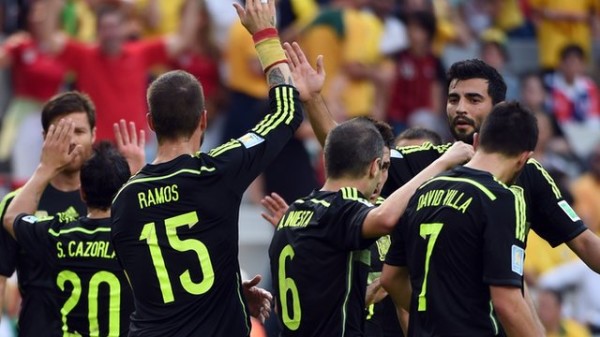 Yesterday was surreal for anyone who has watched international soccer over the last seven or eight years.

Spain was ranked first in the world and were first out of the 2014 World Cup. The most dominant international soccer team winners in recent memory, and perhaps of all time, deserved a more graceful exit.

The 3-0 win over an Australian team is likely the last important match for several key players from Spain’s golden generation of soccer.

David Villa, Spain’s all-time leading scorer, is done. His exit yesterday was the most unceremonious, getting subbed in the 55th minute after scoring one of the best goals in group play, a clever backheel flick from close range. When he scored, he kissed his shirt again and again. When he sat down on the bench, he cried. One of the most clinical strikers in international soccer had his career ended in the name of a tactical substitution. He is 32 and bound for the MLS, where great players go to die.

Time is undefeated. Only the very best can temporarily stave off its passing.

Xavi, an unused sub yesterday, is 34. Iniesta is 30. Both of their international careers are likely over, unless Iniesta sticks around for the Euro tournament in 2016. That call belongs to Spain boss Vincente Del Bosque, who has already predicted major shake-ups to the Spanish team.

Through Spain’s three major tournament wins — the 2008 and 2012 Euros, as well as the 2010 World Cup — Iniesta and Xavi were the bearers of the tiki-taka standards, death by a thousand passes and total domination of ball possession. After losing to the Swiss in the first game of the 2010 World Cup, they beat Honduras 2-0 and Chile 2-1. Each successive win — Portugal, Paraguay, Germany and Holland — was a 1-0 match.

It was boring and beautiful at its peak. Spain would edge forward, pass by pass from defense to midfield into attack, looking for just the right angle from which to attack. If nothing was there, the ball cycled back to the rear and it started all over again. Xavi and Iniesta ran the show better than anyone else could.

Nobody has been more synonymous with Spanish soccer dominance in the 21st century than Xavi and Iniesta.

They’re done. Time has caught them.

Xabi Alonso, the midfield partner of Xavi and Iniesta, is 32. Fernando Torres is 30. They, too, could be done.

Time has already caught Carles Puyol, Spain’s best defender, who retired from international play and from Barcelona this year. There was nobody that Spain missed more sorely in this World Cup than the Puyol of old, a tenacious defender among the best in the world during his prime.

The legacy of Spain’s golden generation, several of whom will stay on the national team for tournaments to come like David Silva and Cesc Fabregas, will remain fresh forever in a generation of soccer fans abroad. We are the soccer generation. We grew up playing it, watching whatever we could.

They are forever the gold standard for us, the measuring stick for whomever comes after.

At their peak, what they did better than anyone was work as one. Tiki-taka requires movement from players off the ball and an understanding of where your passes are if and when the ball lands at your feet. You have to move. You have to keep your eyes up. You have to maintain possession.

What made their run so impressive was that the Spanish side won three consecutive continental tournaments — a feat only they can claim — by strictly adhering to this possession game. Control the ball, control the game. It sounds easy in principle, yet it is anything but. You have to have all 11 men looking to be open to receive a pass at all times. That takes a kind of vision and instruction that made Spain exceptional.

I don’t think tiki-taka will die with these retiring players. The Spanish youth teams are full of talent — the U-21 team won the last two UEFA youth tournaments. They will reload.

They have enormous cleats to fill. Time will tell if they’re able, but it’s hard to imagine that La Furia Roja will ever be this good again.

by The Fam time to read: 2 min
Ed The Sports Fan Luis Suarez Is Clearly A Vampire And We Simply Wer… 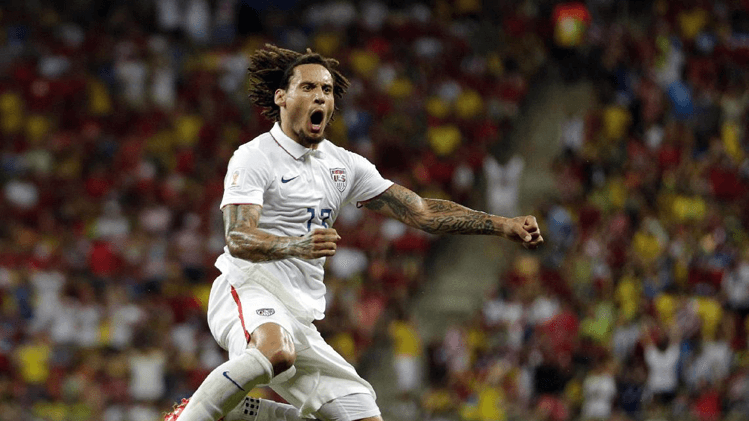