With the Champions League returning to our screens this week, we thought we’d take a different approach from the usual barrage of news and bring you something different. Therefore our very own Daniel Bernandini has jumped in to deliver his Top 5 underrated and overlook soccer stars

Born into a family of footballers (his dad and grandfather both played played in high-level, south american clubs) this European Golden Shoe recipient flirted with superstardom, after huge individual success while playing with the Uruguay national team, in the 2010 World Cup. He even finished tied for the “top scorer” award with five strikes, and was awarded the Golden Ball (the tournament’s best player) when all was said and done. With his signature golden locks and intense, artistic playing-style Forlan always stole the show when he hit the field, and thankfully got to showcase his amazing talents while surrounded with world-class athletes… but it’s truly a shame that he never won a major title, as the quality of scoring, vision and passion that Diego displayed with, will always be lacking a final chapter, without the championship hardware to go with it.

Boy was this guy good! Donovan never gets the respect he deserves because he plays for the perennial-punchline of the soccer world: Team USA. But don’t be fooled, that’s the same trap everyone has been falling into, since the guy won the “Golden Ball” at the 1999 FIFA U-17 World Championship, and walked away as the tournament’s best player. So he was good young, so what… right? Well he’s also the only American player to reach the stat-line of 50 goals and 50 assists, so there’s that. Most memorably, Donovan starred in what has become the U.S. team’s best international performance: a World Cup run that culminated with a quarter-finals berth in the 2002 edition of the championship. He once again received the “Best Young Player Award” after his play, and then went on to become the highest-scoring American (male) player in World Cup history 8 years later, with a total of five scores. If only a German player hadn’t stopped America’s kick with a hand-ball during that fateful 2002 World Cup match… Donovon might be seen in a whole different light today.

As the captain of a Swiss national squad that never quite found it’s footing during the early 2000’s, Alexander never shied away from leading the charge against faster, more talented teams… even though his squad usually came up short. When everything when well, a solid (if wild) defense would hold up it’s end of the bargain and keep Switzerland in the game. This would allow Frei to either serve up one of his taller companion for the header, or tap it in himself with quicker-than-expected acceleration. With most of his club-career spent with the FC Basel, Alex made the most of his playing days and grinded out a respectable career… but it will always remain an intriguing mystery to think of “what might have been”, if the man hadn’t needed to spend a year away from the field during the 07-08 season, to recover from a long-term injury.

When unsung soccer heroes get listed off, as is customary when “passing inspection” upon entering almost any Scottish pub worth it’s salt, this cat doesn’t come up enough. The Penalty Killer par excellence, Diego has (almost) stopped a whopping 50% of the penalty kicks directed towards his net! Now while he does get some international exposure and acclaim due to playing in Valencia, this particular goalie should never be forgotten when choosing players to compose one’s soccer “Dream Team” of current stars… OK he might not be Manuel Neuer, but at the very least, think of him as a penalty shoot-out replacement, for whichever stud you’d roll the during 1st 90+ minutes.

Talk about an underdog! Despite coming all the way from New-Zealand (very, very far away from everywhere Not named “Australia”, for our geography-impaired friends) the man scored 224 goals in 500 matches, during a career that spanned almost two decades. He spent most of his best years between Germany and Switzerland, playing and slaying as a striker who had a nose for the ball like no other. Wynton found his greatest success at Werder Bremen, while winning four major european titles… and even finished as the UEFA Champions League top scorer, during the 1993–94 season. He was also a member of the New Zealand national team when they made their first FIFA World Cup appearance in 1982… And probably doesn’t get the general recognition he deserve because hey, lets face it: when does New-Zealand ever come up? Plus, in our hyper-connected digital world, remembering old stuff isn’t really appreciated or rewarded, because there’s “always something better and new and buy buy buy!” So don’t feel bad about forgetting old Wynton. He’ll forgive you, I hear he’s a great guy. 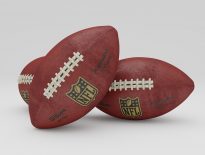 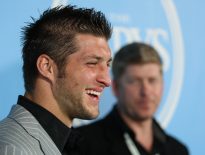 News The Reasons Why The NFL Kicked Out Tim Tebow
0