With the majority of the 27 MLS teams having played seven games, the two conferences are now starting to take shape.

Fans are back, and the 2021 MLS season is now in full swing. Both the Eastern & Western Conferences have teams leading the way – all of whom will be looking to make it to the MLS Cup Final in December.

There have been some exciting matchups already in the soccer league, and all teams will now have to work hard as they power through the main part of the regular season.

Who will be heading to the playoffs, and who will be having their season cut short? It may be too early to tell yet, but let’s have a look at what’s happened thus far...

With the new MLS league structure in place for the 2021 season, the Eastern Conference has seen 14 teams battling it out in the early stages of the season. New England Revolution have come out on top after eight games, and are leading the way having won five of their opening matches.

The Revolution are only just ahead of the chasing pack though, with a number of teams hot on their heels for the No.1 spot. Philadelphia Union are just three points behind with the same number of games played. This could all change with a number of playoff-position sides having a game in hand on the two at the top.

Orlando City could go within just two points of the top if they win their game in hand, so it’s extremely close at the top. Meanwhile, FC Cincinnati, Chicago Fire FC and Toronto FC find themselves struggling after their first few games, and will need to turn it around quickly for any hopes of a playoff spot.

The Seattle Sounders – one of the only two teams left undefeated in the league this season – are on top in the west. With five wins and three draws in their first eight games, the 2020 MLS Cup finalists find themselves in an extremely strong position to start the season.

Sporting KC are currently second, but all eyes are on LA Galaxy, who could level with the Sounders if they win in their game in hand. It’s an extremely close chase for the top spot in the west – a contest that everyone will need to keep an eye on.

Unlike the Eastern Conference, there aren’t any teams that are significantly behind in terms of points. FC Dallas are currently sitting bottom of the pile with six points, but are just one point behind three teams above them, all of whom are currently on seven – including new MLS club Austin FC.

Only time will tell who makes the postseason for the Western Conference, but a number of the teams will fancy their chances at grasping the opportunity. One fixture to watch out for is this coming weekend – Seattle Sounders travel to LA Galaxy for what’s sure to be a tough battle.

At CaptainGambling.com, you’ll find all of the latest MLS betting tips for the season. Do you think Seattle Sounders will be at the top of the Western Conference at the end of the regular season? Will the Revolution hold on in the East?

Fancy your chances at picking the MLS Cup winner this early on? Well, if you do, you can take a look at the latest MLS betting odds on BetMGM today! Also, check out all of our MLS betting tips on captaingambling.com – keep your eyes peeled! 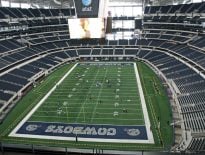 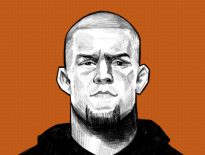