Posterity will remember this as the week Mario Balotelli formally introduced himself to sporting America. Some of us, including our fearless leader at TSFJ, have had an eye on the Italian striker for years.

Balotelli’s personality has long been equal to his tremendous talent. He’s been dubbed “The most interesting athlete in the world.” For every goal scored there were rumors of fireworks gone awry, cars decked in camouflage, Ferrari’s on go kart tracks, and tattoos of Genghis Khan quotes. When I say rumors I actually mean facts. All of the above are true.

At 23, Balotelli is one of the best young strikers in world football and one of the most recognizable stars in all of sport. Such is the black-Italian’s reach- he is the first player of African descent to play regularly for Gli Azzurri, Italy’s national team- that Sports Illustrated gave him the cover treatment this week.

The cover photo itself is fairly off-putting in its Christ-like imagery. Does the photographer suggest we deify Balotelli, who’s standing on water with his arms outstretched, or consider him for martyrdom? Either notion adds unnecessary complexities to an already complex man.

Grant Wahl’s article, though, captures the spirit of Balotelli brilliantly. From calling his mother mid interview and discussing his pet piglet “Super” to expounding on racial issues in and outside of football, Balotelli commands the readers’ time. Credit to Wahl for his diligent work.

If you’ve read the article, and you should if you haven’t, you know that Balotelli is both cool and good. Anyone who dedicates a goal in a major international tournament to a hip hop star, as Balotelli did this summer to his friend Drake, fits that bill.

But will you watch him play? Much of America’s soccer fandom focuses on the English Premier League. Leo Messi at Barcelona and Cristiano Ronaldo at Real Madrid, as well as Spain’s winning of the World Cup and two European Cups, has shifted some attention to La Liga. For the most part, however, Italy’s Serie A goes largely unnoticed stateside.

SI‘s portrayal of Balotelli will surely earn the young footballer new American fans in the coming days. You may be among them. Catch the man in action to solidify your fanhood.

Because Mario Balotelli Deserves Our Attention On And Off The Pitch

by Dillon Friday time to read: 1 min
Football The Good, The Bad, And The Ugly: The 2013 Hamilton… 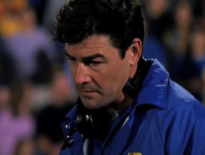