The Manchester Derby has produced four straight Barclays Premier League champions. Manchester United won in 2011 and 2013. Manchester City claimed the title in 2012 and 2014. The fixture, a dormant rivalry for so long, suddenly became an indicator of where in the city the trophy would reside for the year.

That narrative has shifted a bit in 2014-15, because United is still, somewhat, in flux and Chelsea has yet to lose a game. The Blues will win the league save for a devastating collapse. But the Manchester Derby can still tell us what to expect from the two clubs involved. City, if anybody, has the best chance to chase down Chelsea, while United is looking to jump-start its campaign after some early season woes. Madman manager Louis Van Gaal now has the players he wants. Can he turn them into winners in the difficult England winter?

On Sunday, City hosted United in the weekend's biggest game. Kun Aguero scored the lone goal in a 1-0 City victory. Chris Smalling was sent off for United, and the highlights end there. But, despite the lack of action, we can assess where each team sits just past the quarter pole of the season.

Let's consider City first. The safe assumption is that the Citizens have yet to reach their potential. Now, I won't dispute that. Twenty points from 10 games is very good, but it falls behind what might be considered championship form. Yet there's some concern here. Yaya Toure has been a shell of his former self in the City midfield. He may still be bitter over last season's birthday fiasco. He may be carrying a World Cup hangover after his Ivory Coast bowed out in the group stage and Yaya played poorly in the three games. Or, and this is the most likely case, he could be aging. Toure is 31 and plays a demanding position. Factor in the extra mileage of playing for title contenders his entire career, and that age looms larger. Can he last another season? Can Aguero and David Silva, who have both battled injuries, stay healthy? Can City survive an increasingly difficult Champions League campaign?

There's no reason to panic if you're a City supporter. The club will finish in the top four, and I'd be astonished if it were any lower than second.

United, on the other hand, should start to sweat. No one expected the club to win the title in Van Gaal's first year, not even the manager himself. Establishing a new regime takes time. However, fans did expect that United would at least return to Champions League play. After 10 games, the Red Devils are well off the pace. They sit four points behind an improving Arsenal team in fourth. A win and a draw away from the top four seems doable. And yet, Everton, Tottenham and Liverpool are the three clubs directly ahead of United in the table. All have similar Champions League aspirations as the Red Devils.

It's never as early as you think. Sure the schedule gets easier, but anything other than three points each weekend is not enough. -Dillon 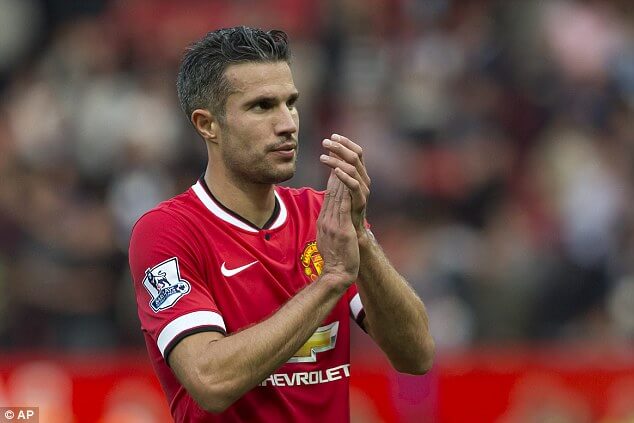 Despite how long it feels, it really hasn't been that long since Robin van Persie made the switch from Arsenal to Manchester United before the 2012-2013 Premier League season. That year, Sir Alex Ferguson's last at the helm of United, Van Persie chipped in 26 goals in 38 league games and 30 in all competitions, making him the team's leading scorer.

Since then, a few things have happened. Sir Alex left. Former manager David Moyes came and went, to be replaced by his Holland manager, Louis Van Gaal.

For a striker who relies on pace over strength, turning 30 is like a running back turning 30. Things are going to come harder for the player.

He's 31 now and part of one of the Premier League's oldest strike forces alongside Wayne Rooney, 29, and Radamel Falcao, 28. There are some younger players on the wings and guys pushing up through the ranks, but these three are the ones United need to be scoring goals in order to succeed.

In every game that I see him play, I can't help but see a shell of his former self in today's Van Persie.

He's not done in the Premier League because he can still strike a ball as well as anyone and has a nose for goal like no other — take his late equalizer against Chelsea for example. He was in the right spot at the right time — that's not coincidence all the time in soccer, that's a skill — and he had the composure to finish it just right.

But what we could see happening throughout the remainder of this year is less appearances and less goals. Sure, one leads to the next, but the drop in goals could be more than just a correlation in less playing time. Van Persie is going to be able to do less and less by himself with the ball at his feet.

He'll have to adapt — perhaps staying more central in attack and a little further away from goal so he's not leading the attack, but setting it up or running on late as a second option.

But as of right now, he's not the same player. It's just age, and it's always undefeated. -Carden 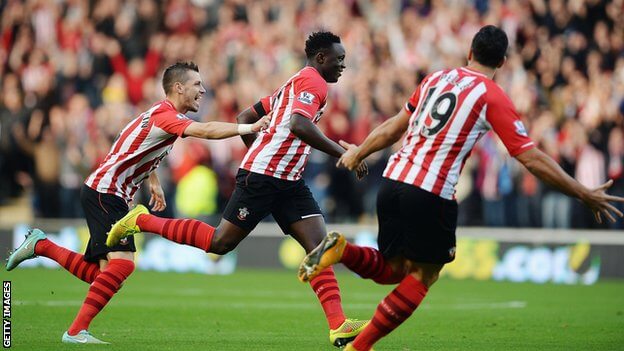 Southampton beat Sunderland 8-0 two weeks ago. The Saints followed up that victory with a 1-0 result against Stoke City. The club has conceded just five goals in 10 games and sits firmly in second place. As a longtime Southampton supporter, I'm just enjoying the ride. I enjoyed it even more on Saturday when Victor Wanyama, a holding midfielder, sent home this long-range effort.

If You Want A War, You've Got One

So Newcastle owner Mike Ashley doesn't like the media these days. The team has had a bad start to the season, and apparently, some less-than-kind articles have been written.

During the broadcast of Newcastle's 1-0 win over Liverpool on Saturday, the broadcast team announced that Ashley had stopped the catering services for journalists at Newcastle.

If you've ever been around journalists, you will probably notice their willingness to unashamedly scoop up food left out for people. Why? Deadlines. You have to meet your deadlines regardless of when you last ate, so grabbing a bite here or there can keep you from being hungry as hell while writing on deadline.

I get that Mike Ashley wanted to send a message to journalists, but I don't think he understands fully what he just did. There's no mob like a mob of hungry journalists. -Carden

West Ham's first goal against Stoke City this weekend is a great example of counter-attacking soccer.

The West Ham defense breaks up the attack, and then Stewart Downing breaks up the right wing and crosses to a streaking Valencia, who dives for the header instead of settling the ball to strike it with his foot.

The difference between taking it off his head and with his foot is the matter of a second or two, but it would have allowed the goalie to get across further and prepare for Valencia's shot. But this counter was fast, and Valencia understood the value of speed on the counter. -Carden

I love to see the deliberateness in a soccer goal. When Cesc Fabregas lays that pass off for Oscar, there's only one way the Brazilian can find the back of the net (save for a Robert Green error, but those don't happen, do they?). He needs to hit the ball with the outside of his right foot, and boy does he ever connect. It's beautiful to watch. -Dillon