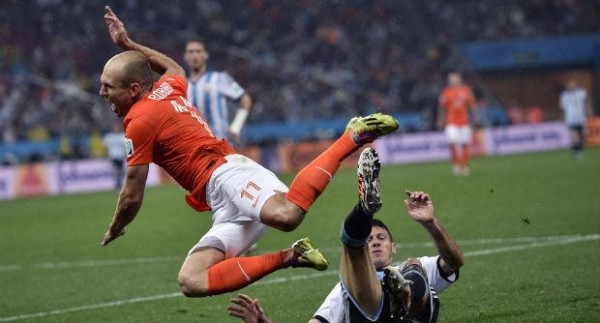 I sat in my orange jersey and watched as it rained outside, just like it did in Brazil. In the end, my beloved Netherlands soccer team fell to Argentina in penalties. I have no family from Holland.

In the overtime frames, I thought about why the team means so much to me. Despite their sweet kits, my decision to root them on wasn’t decided by threads. The players can come and go. I only learn about them every two years. I didn’t grow up around soccer fans. Until recently, I held no vested interest in the global game except for my summer fling every other year.

A half-decade ago, I was a high school junior in 2004 and watched the European Cup for the first time. Hup, Holland in my inaugural go-round. Justin brought me to the game, the team, his home country’s side. I used to think this was about him.

The 16- and 17-year-old me was a punk-ass kid. Anger filled me, even a half-decade after my father’s death. I teased kids at school, started trouble and knew how to lie and manipulate my way out of consequences. There was little redeemable about that kid.

Few obstacles stood in my way. My family was well-respected in the community and three older siblings who were exemplary students and citizens helped me. I was a wild child and everyone understood why. No one blames science when the hurricanes hit.

Justin came to my Virginia high school as a foreign exchange student my junior year. He spoke funny but had a good grip on American culture. He came to the states and, like me, had a deep love for hip hop music. Everyone did back then. Even the rest of my white bros knew Eminem could rap with anyone. Our interests in the art form grew with each BET 106 & Park Countdown.

When Justin got to the states, he bought a blue Yankees fitted and G-Unit sneakers. It was unlikely – given my track record with classmates who seemed different – but we became fast friends. We shared our rap albums. I taught him about basketball. He taught me about Dutch football. 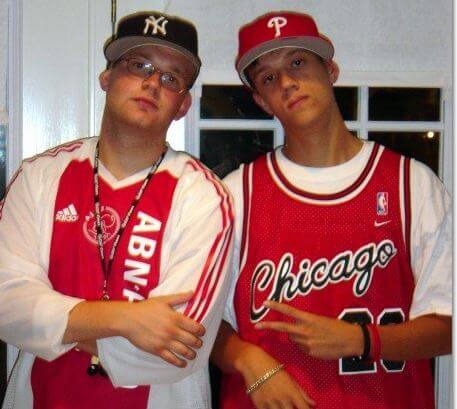 This is where the record would scratch in the background. Hold up, stop, wait a minute. Don’t get it twisted. I wasn’t a saint because Justin was my friend. I was still a hell-raiser and a handful for anyone who encountered me. The punk-ass kid didn’t change. But I found a bit of my strong upbringing deep down and used it to make Justin feel like he was one of “us.” I saw a kid away from home in a culture he longed for, and I just wanted to help...the way I was taught.

We watched the Euro that year. I haven’t missed a big tournament for the Dutch since. I watch and understand they’ll lose. (I’m used to it as an Eagles fan, remember.) I thought I rooted for Justin’s sake and to keep our friendship alive. Our Facebook messages over the time of play proved that. A photo of the orange kit I bought pleased him. We were brothers again, if only for a knockout stage.

It hit me harder than Wednesday’s loss. This fascination with the Oranje has something to do with Justin. It has more to do with me, memories and recollections of a time when I wish there were fewer left. I’m unhappy with that punk-ass kid. I see it more and more with each day spent covering high school sports. I would’ve hated me then if I were me now.

A decade passed. I grew up. I’m still a jerk when I want to be, but try to keep it at a distance. I’ve dealt with my father’s death and made amends with a fair share of past acquaintances. I don’t regret who I was. I simply wish I could’ve been better.

In that orange light, the connection the punk-ass kid holds firm. It’s through that tangerine mist I peer with introspection. Look Mark, you weren’t always a pain. You helped someone. Your outstretched hand made someone’s life better. You were there all along, man. A part of you found its way through the junk and garbage and discman tough-guy lyrics. The good in you shined through, right to a person who needed it.

What’s more, he remembered it.

So when the Dutch fell short again, I sat in a dark room while the rain drizzled around it. Justin messaged me. He said we did better than expected. It was about more than a few saved penalty kicks and a chance at third place. The legs in white shorts jogged down the pitch with us behind them.

It’s not solely the me of today nor the one of 10 years ago. It’s me in the past, present and future, with a fist pumping in the air. Expletives and love-filled words floated through my lips to my every-other-summer beauty. We’re still who we were before, but we’re never too far from what we’ve become. Sometimes, you take a second out of the sprint away from the ghosts and grab a breath. Take hold of a memory of the good moments. There are no goals, saves or draws. Everything is worth a point.

A memory of our poorest self is easy to uncover. We'll see the faces of the ones we hurt and feel the tears they cried over us. We don't act right all the time. Our transgressions will always exist. Thanks to Dutch football, I can go back there with a small caveat. I remember the good I did, even at my worst.

Find me in two years with an orange shirt draped over my chest. You’ll find Justin there, too. Most importantly, I’ll get another picture of that punk-ass kid and grin a little wider with a memory of his goodness.

I once was lost. But once, was found.