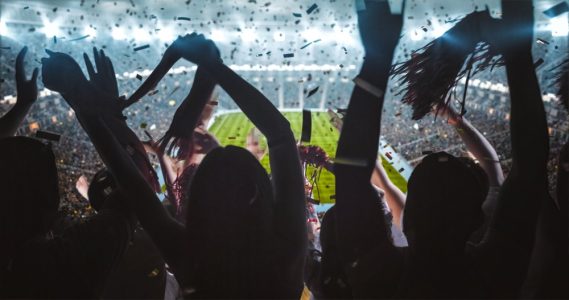 Both palms burned from slapping the table. Clint Dempsey's goal, merely 30 seconds into the United States' first World Cup game against Ghana took me by complete surprise. The whole bar erupted. Some jackass jumped up on a table and started singing something but I was too busy doling out high-fives to people I didn't know. Some thick-necked dude tried to high-five my palm to Brazil and back and it burned worse but I felt no pain. This is what it's supposed to be like, joy flowing from everyone at once. This is World Cup glory I'd been waiting years to feel.

Then it started. That chant.

I sat and coddled my beer, checking my phone. This was happening.

Face further into my phone. My beer was getting low. High time to find that waitress.

A handful of people in the bar knew the first part and the rest joined in when they realized all they had to do was scream "I BELIEVE THAT WE WILL WIN" until they got bored with it and it trailed off.

I hate that chant.

It's not a good chant. First, it's not an original chant for the US men's soccer team. Check out Utah State doing that very same chant.

Not only is it not original, but it's supremely basic. It's six words molded into one clunky, rudimentary sentence.

Is this is the best we can do?

That said, I get it. It's somewhat savvy considering that most folks haven't paid much attention to the USMNT haven't really prior to the World Cup. It teaches itself to you. Whoever pitched the idea to have this chant knew the target audience.

It might be because I'm a word nerd and this sentence-chant sounds like something high school kids could put together last-minute (side-eyes Utah State). Or that I'd like to believe we're a little more creative. Put it to a song that we all know. Make it longer than six words.

Those six words did sound pretty sweet when they came back around in the 90th minute, with the United States leading and three points nearly in the bag.

I didn't participate. But I believed. And against Portugal, I will believe again.

9 Replies to “I Believe That We Will Win: A Functional But Terrible Soccer Chant”