We just came off one of the more entertaining World Cup tournaments in a long time, where the celebrations of sporting and national heritage engulfed the world. It was astonishing to watch defending champions and contenders fall apart, a smorgasbord of dialects screaming with pride, and stars perform in the biggest competition of their lives.

It was also a sight to behold when it came to callously obvious corruption. As par for the course, Brazil was like an unreleased verse in 50 Cent’s “How to Rob” (put on your headphones at work) as FIFA always loves a nation with its wallets open. Even "Last Week Tonight" host John Oliver was almost impressed with the brazenness of FIFA’s power.

And although we’re headed to Russia in four years, we’ve pretty much skipped over the world’s largest country because we’ve already seen how this past Winter Olympics worked out for Sochi. Instead, we look to Qatar, which has already dwarfed previous notions of corruption in sports and international politics simultaneously.

Seemingly come hell or high water, organizers in the small, oil-rich nation are determined to make the biggest spectacle of the World Cup we’ve ever seen. Unfortunately, the hell part is not hyperbole.

Tonight, HBO Real Sports With Bryant Gumbel features an exhaustive discussion, “Qatar’s Pursuit of Sports Glory at Any Cost.” Correspondent David Scott spoke with human rights activist Husain Abdulla about a myriad of issues with the rush to 2022. We’ve at least seen the headlines before, but sometimes, you need television — or something like it — to tell you how grave a situation like this truly is.

What we learned about in Brazil was pretty bad on its own. Several construction-related deaths were part of an overarching story of the severe levels of poverty and social exclusion in the nation. And while on-the-job deaths are serious matters, no matter where or why they take place, what Real Sports highlights here is a special level of depravity of human life that is impossible to ignore as we get closer to 2022.

Consider that 10 months ago the International Trade Union Confederation claimed that about 12 laborers per week would die unless the government intervenes. Though that number was part of an incredibly alarming report from The Guardian (UK), the ITUC released the full study to profile the severe conditions migrant workers are working under and what organizers could actually do to change them.

As fans, our awareness of the environs that make sports such grand spectacles have increased with each passing day. Here in North America, our consciousness rings when we hear about the public financing involved in building our arenas and stadiums. It makes our blood boil, and it unearths the cliche billionaires/millionaires vs. the middle class debate. Yet, no blood is spilled. Construction workers aren’t put out in 110+ degree heat on a daily basis with not even a drop of water to stave off heat exhaustion. Here, workers get to go home and let direct deposit work its magic (or a check-cashing place) after walking the rebar all day, not sleep in tent camps and remain unpaid for their work.

On a human level, the idea that these men are dying to build these uber-modern shrines is atrocious. Hundreds of deaths to erect a building that’ll host the appearance of a 14-inch trophy.

Is this the cost of fandom?

Check out tonight's Real Sports before you answer that question. 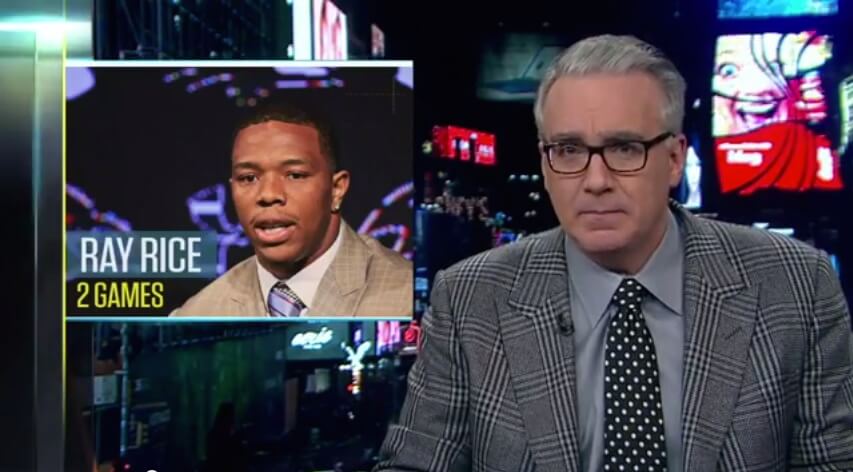 A Sports Scribe Keith Olbermann On The NFL's 'Insufficient Punishm…

Soccer We'll Always Have You: TSFJ's Lasting Memories Of …
2