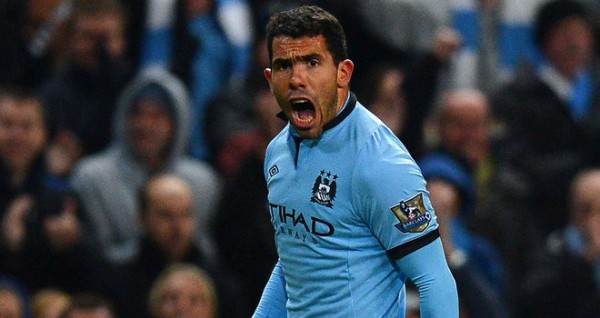 In the Merseyside Derby, Luis Suarez’s 93rd minute winner was incorrectly ruled offside by the assistant referee. In London, it was the red of the referee’s 3 by 4 inch card that ruled the day in a Manchester United win.

When Chelsea defender Branislav Ivanovic clipped United’s Ashley Young on a half breakaway, referee Mark Clattenburg correctly sent the Serbian defender off. Mere minutes later, the red came out again, this time to Chelsea’s Fernando Torres for a dive.

It was a curious call for a variety of reasons. First, United defender Johnny Evans clearly catches Torres on the shin after the Spaniard had insalata’d him. I won’t dispute that Torres embellished the foul. However, a cleats-up challenge is a free kick every day of the week. Clattenburg perhaps should have produced yellow for Evans. Second, the yellow card for “simulation” is rarely given outside of the penalty area. More often than not, the ref will allow play to continue instead of whistling for a needless yellow card.

Alas, Clattenburg awarded Torres his second yellow, sending the striker to the showers early. To his credit, the ref later booked United’s Antonio Valencia for the same offense.

Red cards indirectly decide games. Offside calls, on the other hand, can make the single difference between a win and a loss. United’s Chicharito Hernandez poached the winner after a scramble in the area. Replays showed the opportunistic Hernandez had strayed a yard offside. No matter, the assistant missed it, and the Red Devils took home all three points. So it goes in soccer.

Let’s not dwell too much on poor refereeing decisions considering the weekend offered several fantastic goals. There was Papiss Demba Cisse’s serendipitous back goal that opened the Newcastle striker’s account for the season. Mikele Leigertwood fired Reading ahead with this well taken strike from distance is worth noting as well.

In truth, a Wigan center back should have taken home goal of the weekend honors for the second week running. But we just can’t allow that.

Coming off a week that saw them effectively exit the Champions League with a 2-1 loss at Dutch club Ajax, Manchester City badly needed inspiration. They found it in mercurial Argentine, Carlos Tevez. A year ago, Man City manager Roberto Macini proclaimed that Tevez would never play for the club again.

The blue side of Manchester is happy the manager had a change of heart. Not only did Tevez feature prominently in the club’s title surge last season, but he’s also dragging City through this early swoon. (We should clarify this point. City currently sit in a tie for second and have yet to lose in the league. But they have struggled to achieve the form expected from a side stuffed with stars. Their Champions League follies only damper the mood.)

On Saturday, Tevez sent Swansea City packing with his remarkable work rate in combination with this tremendous dipping effort.

With the strike, Tevez added injury to insult. Keeper Michel Vorm pulled his groin in his attempted save.

Chelsea’s lead over their Manchester rivals, on the back of the aforementioned referee controversy, has now slipped to a single point. City lurks.

5 Replies to “Goal of the Weekend: Carlos Tevez Puts Man City On His Back While Controversy Reigns”