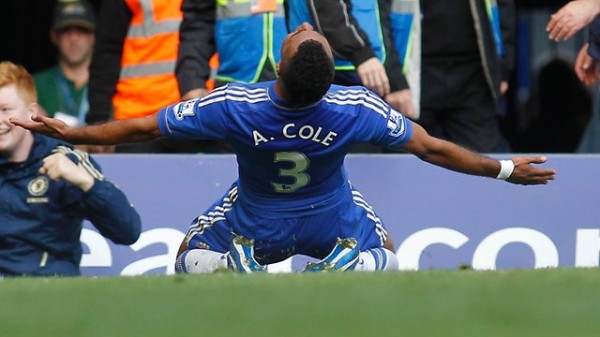 The sloth-like demeanor of the American football fan undermines his criticism of the “sloth-like” pace of soccer. He points to the 0-0 tie as the glaring fault of a poor sport. What he fails to recognize, though, is the agony in a near miss; the gasps of the supporters when the ball strikes a post, relief from the defending side, despair from the attackers.

The back and forth of a soccer match rarely mimics the symmetry of the 0-0 result. This isn’t American football. You are not guaranteed the touch of the ball. There are times when a more inspired side overwhelms a weaker one. In these games of domination, the players fail to utilize the entirety of the expansive pitch. The sixty or so yards of the opponent’s defensive end suffices. The attacking team pounds shot after shot towards the opposing keeper, the possession drifts far from the 50/50 equilibrium into 70/30 territory.

The drama comes to a climax when desperation sets in. The 90th minute seems so far away when split by two halves. But as it approaches, the best soccer ensues.

I write the above paragraph to not only inspire the lukewarm soccer fan, but also to introduce a weekend of games that embody the spirit of the sport. The top clubs in England offered us great theater, despite the low score lines.

There was Manchester United’s 2-1 victory over a Liverpool side still in search of its first win. The game featured a first half red card issued to Liverpool’s Jonjo Shelvey for a lunging tackle, a well struck volley from the Reds captain Steven Gerrard, a sublime equalizer from diminutive United defender Rafael, and a dubiously awarded penalty taken and finished by our bete noire Robin Van Persie.

Back in United’s home city of Manchester, their noisy neighbors turned champions played Arsenal to a 1-1 draw. Laurent Koscielny preserved the new look Gunners’ unbeaten record with a late strike. Manchester City’s Captain Vincent Kompany nearly found the winner with a spectacular bicycle kick. The ball, however, found the keeper’s palms before City striker Kun Aguero fired wide on the follow up.

The moment of the weekend, though, came on Saturday. A weary Chelsea, coming off a midweek draw with Juventus in the Champions League, welcomed Stoke City to London.

The notoriously stingy Potters from Stoke proved impenetrable for much of the game. Chelsea’s offensive efforts ended frustration; twice their players flopped in the area seeking the referee’s whistle for a penalty. Instead, he greeted the latter of the two divers, Brazilian midfielder Oscar, with a yellow card. The play remained stagnant for much of the game - a half chance here, a long range effort there - the kind of plodding affair that the Potters so often coax a single a point from.

But just when 0-0 looked like the inevitable result, marauding Chelsea left back Ashley Cole launched a counter attack from his own box.

Cole stormed into the attacking half before coolly slowing his pace. In a matter of seconds, the ball would change possession amongst Chelsea five more times while the left back continued his run into the attacking box: Cole to Lampard, Lampard to Moses, Moses to Ivanovic, Ivanovic to Mata, Mata to Cole. The chipped finish culminated the brilliant team goal. Juan Mata’s no-look flick assist was the highlight of the move (and what we’ve come to expect from the Spaniard), but the whole process was a thing of beauty. Chelsea turned a defensive header into the game’s only score, a 0-0 sluggish draw into a dramatic win.

It’s the kind of moment that reminds us why we watch. For eighty minutes, the game can seem so ugly. In an inspired dash, it’s beautiful again.