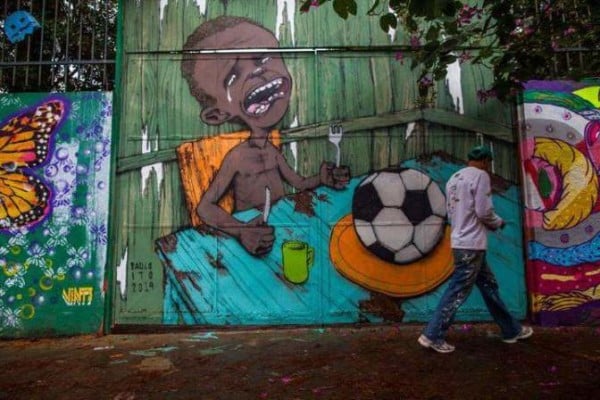 Plenty here are purveyors of the futbol/football/soccer, but there’s a good chance there are just as many of you that aren’t as familiar with the sport as you’d like to be – present company included.

The Exchange returned to the net waves this past Tuesday after an unexpected hiatus. If you weren’t multitasking with us and Game 3 of the NBA Finals, my co-host Sumit Dasgupta and I had the first soccer discussion in three-plus years of the podcast.

Our very own Dillon Friday joined us along with sports media blogger Ken Fang (Awful Announcing, Fang’s Bites) to discuss the global tournament. For 'Soccer Imperialism', we spoke not only about what to expect on the pitch – notably the omission of Landon Donovan, the trial-by-fire of Jürgen Klinsmann and the culture change as it relates to American fandom – but the controversies away from the games; including the protests, construction-related deaths and sports’ least-loved despot, Sepp Blatter.

You still have a few hours until the first match begins, so come through The Exchange. It’s duty free.