With the 2018-19 European soccer season coming to a halt this past weekend, it’s now set in motion for big names to be on the move this summer. There’s a plethora of talent on the market, and you best believe gargantuan clubs like Real Madrid, Barcelona, Manchester United, Manchester City, PSG and others will be the main buyers and sellers.

In some ways, the European transfer season has emulated the NBA offseason. Most of the major moves in the NBA take place from late June to August, which is right around the same period where the transfer moves occur. As we’ve seen a number of basketball stars in the last couple offseasons on the move – LeBron James to Lakers; Kawhi Leonard to Raptors; Paul George to Thunder; Kyrie Irving to Celtics – European soccer has given the world some real headliners as well over the summer stretch.

In 2016, Paul Pogba made the switch to Manchester United from Juventus. A year later, Neymar took his talents from Barcelona to PSG and Kylian Mbappe joined him in Paris from Monaco. Last summer, in a move that rivaled LeBron to Los Angeles, Cristiano Ronaldo surprised many by leaving Real Madrid for Juventus.

What’s in store this summer? There’s plenty of possibilities. Here are some of the top players that will be available and have a realistic chance of moving to a new club during the transfer market this summer.

Many believe it’s not a matter of “if” but “when” the 28-year-old Belgian leaves Chelsea. All signs point to a move to Spanish giant Real Madrid, as metaratings.ru have the odds for this at -150. Heck, he’s even said he’s already made his decision. Hazard has long said it’s been his dream to wear a Real Madrid jersey and it’s been reported that the club is prepared to pay a €115 million transfer fee for the playmaking forward.

The move for Hazard is the ideal timing. He’s given everything to Chelsea and had been a top performer year-after-year in the Premier League. This transition is much more than just financial gain, but a chance to play for the Champions League title every season. If things fall into place, this is a win-win for both parties.

This season has been somewhat of a Jekyll and Hyde year for the Frenchman. By all accounts, he was one of the best midfielders in Europe (16 goals and 11 assists in all competitions), but also received glaring criticism from literally everyone that had an opinion. Still in all, Pogba is highly coveted, more so by Real Madrid. There have been conflicting reports whether Pogba really wants a move to Madrid or if he just admires the club and its manager Zinedine Zidane.

Either way, this move is going to be difficult to pull off. It’s in Manchester United’s best interest to hold onto a five-star player like Pogba and properly build a stronger midfield around him than to sell him off. Besides, Man U’s asking price might be a bit costly for the Spanish club to oblige to. The Red Devils could hold out for somewhere between €100m to €150m for Pogba, and Real Madrid have to put that money into better use in other areas of need on the roster.

Bale has basically been isolated from the team all season, especially since Zidane returned as manager. A phenomenal footballer when healthy, injuries have been the forward’s downfall more times than not. Rumors regarding a move away from Real Madrid has been discussed for the last two years. Now feels like the time for both club and player to get a fresh start.

Problem is, he will probably cost too much for a club to afford. A move back to the Premier League would serve the Welshman well. Tottenham and Manchester United seem like the best fits, including Bayern Munich, who have a need for forward production.

The third-most expensive player in world soccer history at €142 million has been an unexpected disappointment for the Catalans. His lackluster performances have convinced the board that the big investment they made in the Brazilian has been a huge fail. It’s not that the 26-year-old doesn’t have ability and the game to be more consistent, but that playing for Barca and next to Lionel Messi might not be the best fit to exploit his proven talent.

A move to Chelsea to replace Eden Hazard or back to England is reasonable for Coutinho. Barcelona is obviously not going to get the amount of fee back for what they paid for the midfielder because his stock has dropped. However, if they can recuperate somewhere between €70m to €100m, then the Spanish champs would jump all over that offer.

Prediction: Coutinho gets sold to Chelsea

Griezmann said his farewells to the fanbase, players and organization towards the end of the season. The growing speculation is that he’ll join Barcelona next season in pursuit of competing for more trophies, mainly the Champions League.

Manchester United and PSG are other clubs in the running, but while talk is pretty quiet at the moment, all signs point to Barca waiting to July 1 when his buyout clause will drop from €200 million to a more affordable €120 million to sign him. If the Blaugrana can sell Coutinho this summer – which they are expected to do – and free up their wage bill, it will certainly help their chances of bringing in the versatile forward.

The 19-year-old Ajax captain might be the most sought-after player in the world right now. The highly-touted prospect was integral in leading Ajax to a domestic double and the semifinals of the Champions League.

Barcelona has widely been the club in the driver’s seat to sign de Ligt, but both sides seem to be in a stand still with negotiations at the moment. de Ligt and his agent, Mino Raiola, are seeking larger wage demands that the Spanish power do not want to abide to. Manchester United is also in the running, but expect this to play out late in the summer, where a move will eventually be made with de Ligt and his chosen club.

Prediction: When all the dust settles, de Ligt will sign with Barcelona

According to CNN International, the 19-year-old winger is the most expensive young player in all of European football and the hottest young commodity out there. The Englishman had one sizzling season (13 goals and 19 assists in all competitions), while displaying a full range of adept dribbling past defenders, quickness, poise, scoring touch and passing feel. The kid is gonna be star. Bet on it!

However, where he might play next season is still up for grabs. He might return to Dortmund or he’s been heavily linked with a move to Manchester United. If he doesn’t make the big move this summer, mark next year on your calendar when he bolts.

There so much buzz around the 19-year-old Portugal sensation that he is being dubbed the “Next Cristiano Ronaldo”. Felix’s breakthrough season saw him score 19 goals in his first full season with the senior team and he made quite the impression during his play in the Europa League, where he led the club to the quarterfinals.

Felix, already an incisive finisher inside and outside the penalty box area, surely has a number of suitors such as Manchester City, Juventus, Manchester United, Atletico Madrid and Real Madrid breathing down his neck. A bidding war will likely take place for the forward. It’ll be expensive to acquire him but it will be well worth it.

And with that, I wish a happy transfer season to all!

The European Transfer Season Is Going To Be a Doozy! 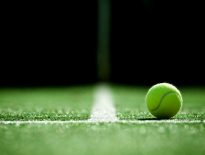 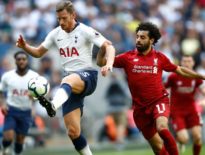