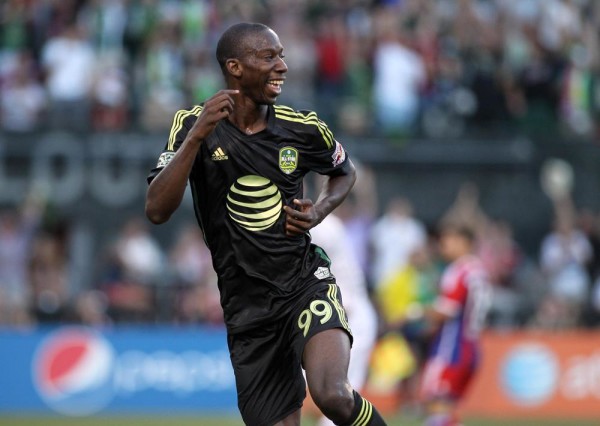 There are those who will say we shouldn't read too much into the MLS All-Stars' 2-1 victory over Bayern Munich Wednesday night, and that's fine. The Bundesliga champions started a B+ team that featured none of the club's seven German internationals. Dutch standout Arjen Robben started on the bench as well. Only Robert Lewandowski, a prized transfer pickup from Borussia Dortmund, qualifies as a household name among the first 11. (He opened the scoring, by the way, in the ninth minute.)

It's the preseason for Bayern while it's midseason for MLS. The latter had nothing to lose. The former had nothing to gain. Bayern manager Pep Guardiola was less than pleased with the competitiveness of the exhibition. He refused to shake the All-Stars' coach Caleb Porter's hand after the match.

Landon Donovan's 70th-minute winner also brought questions of offside. It all dulled MLS's shining event, if only a little. This was supposed to be a celebration, and maybe it fell just short of that. Well, with the exception of one man.

Bradley Wright-Phillips illuminated the night with this stunning equalizing goal.

Wright-Phillips comes from a distinguished footballing family. His brother Shaun has played for the likes of Chelsea and Manchester City in the Barclays Premier League. His father Ian was Arsenal's all-time leading goal scorer before Thierry Henry surpassed his mark in 2005.

Bradley, the younger sibling at 29, is making a name for himself. He leads MLS with 18 goals, coincidentally playing alongside Henry for the New York Red Bulls. While he'll likely never reach the heights of his father's fame, nor will he match his brother's club career, Wright-Phillips has provided the latest thunder in the American soccer boom.

It's still only August, but the striker's wonder goal is a fitting conclusion to what's been a tremendous summer for the game in the United States.