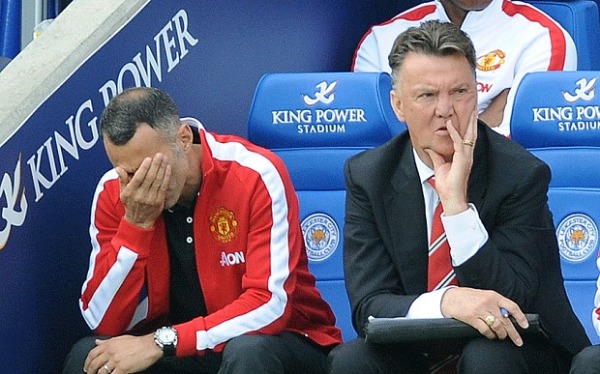 We get it. Not everyone wants to wake up at 7:45 on a weekend morning to watch soccer, especially when college football and the NFL demand our attention the rest of the day. It takes a certain type of dedication to embrace football as the world knows it. Luckily for you, TSFJ's soccer heads Dillon Friday and Carden Hedelt take it upon themselves to watch as much of the Barclays Premier League as possible. The two gents are kind enough to share their thoughts here. Feel free to sleep in next weekend. We've got you covered.

The "Genius" Of Louis van Gaal

When I hear the term “genius” I remember the boot camp scene from "Forrest Gump." You know the one, where our hero responds to his drill sergeant so matter-of-factly that the officer calls him a genius.

The “haha” part of the joke is that anyone would think that Gump is a genius at all. The implicit part is that the U.S. military was so incompetent during the Vietnam era that simpletons were praised for their brilliance. The “hey, maybe” part is that intelligence is relative. As the bona fide genius Albert Einstein once said (or not), “If you judge a fish by its ability to climb a tree, it will live its whole life believing it is stupid.”

But that's not the point I take away from the scene, nor the point I want to make. And I promise there is a point here. Just because someone says you're a genius doesn't make it so. This is a particularly problematic concept to grasp in soccer, where every fourth pass, shot, tackle, substitution or offsides call is brilliant.

The difference is a player's brilliance, like form, can be temporary. But once a manager earns the title of genius, it's accepted as gospel.

Enter Louis van Gaal. He's no Gump, but he is eccentric like Forrest. He's also wildly successful wherever his travels take him, often popping up at historic places at desperate times. (Okay, so maybe he's a little like Gump.) The problem with van Gaal is that he carries himself like a genius and in doing so assumes the burdens of his world-famous club.

That wasn't a problem when United, with all of van Gaal's new toys, ran rampant over Leicester City for an hour on Sunday, taking a 3-1 lead deep into the second half. The Foxes, however, were far from dead. Inspired by a rabid home crowd, Leicester stormed back for an exhilarating 5-3 victory. Sure they were the beneficiaries of two penalty calls, both of which came off apparent fouls by Leicester players. But the Foxes played with more vigor in the latter stages of the match than their vaunted foes. To use a trite excuse, they wanted it more.

Look, as Carden wrote last week, Leicester has more than shown its mettle in its return to the Barclays Premier League. But this result says more about United, specifically van Gaal's United, than it does the newly promoted side. By spending $200 million on the likes of Radamel Falcao, Angel Di Maria and Daley Blind, the Dutch mastermind left himself no outs. He can't ask for the patience that David Moyes benefited from, at least for a little while, a season ago.

Van Gaal built a Death Star in Manchester but left in the fatal flaw. Leicester found it on Sunday to the tune of five goals as the Red Devils scrambled to defend (I use the term lightly). The Foxes, if I may, outfoxed a man who supposedly possesses the cunning of that animal. It was a great result on their part and a disastrous one for United.

This headline says it better than I ever could. Genius? I think not. But it might be too late for that now. 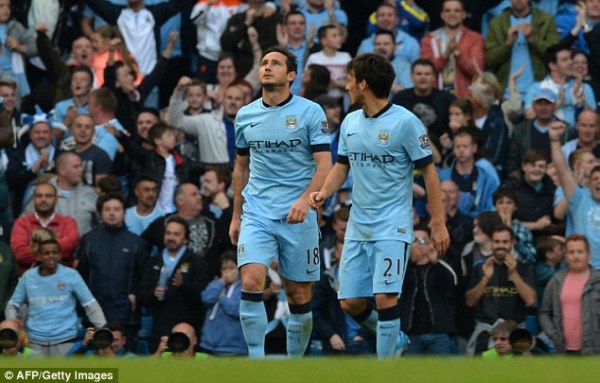 Say It Ain't So, Frank

Frank Lampard scored a goal that never should have been scored.

It was his intention to leave Chelsea after last season and go far away. His destination was New York City FC, the MLS team which will make its debut in March 2015.

That left Lampard in a tough spot. He had to play somewhere. And, since he was going on loan from the MLS with still pretty decent wages, he had to go to a team that could afford him.

That landed Lampard in the blue half of Manchester. And that put Lampard in yesterday's 1-1 draw against Chelsea, where he scored the equalizing goal against his old club.

When he scored, he did not celebrate, although his teammates ran over to him to do so. Instead, he just walked away stupefied. What did I just do? This can't be right. This can't be real. This has to be a bad dream.

It's odd, considering how good those two teams are. How could Lampard not fit at Chelsea but could at Manchester City?

The problem came down to Chelsea just having too many midfielders needing to play. Sure, they play in different roles in the midfield, but how many players does Chelsea have that like to play in the middle? More and more come in every window it seems as owner Roman Abramovich takes the Premier League arms race to new fiscal heights every year. Manchester City is every bit as guilty as Chelsea for making player acquisition into the money war it is, but it seems the team had a place for Lampard still.

And that's what was at fault for this goal that left Lampard shaking his head on Sunday. It's just business, shameful business. For once, Chelsea fans were on the wrong side of it. 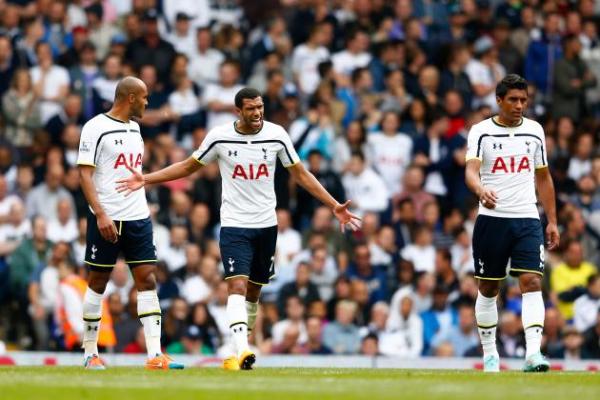 I had never heard Clemson used as a verb until Saturday night. Apparently, the Tigers have a knack for losing big games to good teams in hilariously debilitating ways, or, you know, dropping a head scratcher to the bottom dwellers of the ACC. The overtime loss to No. 1 Florida State wasn't technically Clemsoning according to those in the know, but it was something that closely resembled it. Clemson gonna Clemson fit the description of the contest regardless of the strict definitions of the term.

As I watched social media during the game, I thought about how Tottenham Hotspur suffers a similar plight. The Spurs are traditionally a very good team that can never quite reach the upper echelon of the league. Remember when they missed out on Champions League qualification because half their team got food poisoning the last day of the season? Remember in 2012 when they did finish fourth, but Chelsea won the Champions League in penalties over Bayern Munich to secure England's final spot in the competition? Spurs gonna Spur.

And wouldn't you know it, a day after Clemson Clemsoned, Spurs Spurred. Tottenham dropped a 1-0 result to previously last place West Bromwich Albion.

Now, if we could only get this guy to join Mauricio Pochettino's club. 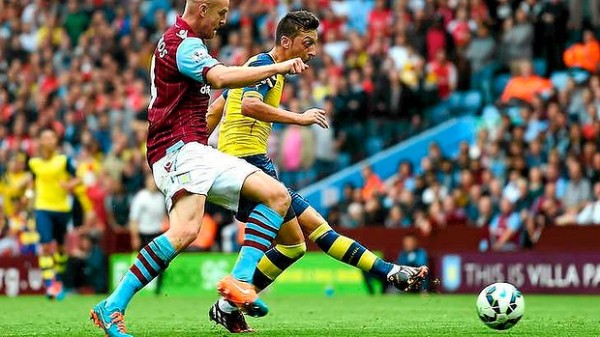 Thanks For The Update, Sis!

I was out of town for a wedding this weekend. The problem with being out of town for me is that I don't always get to watch the games and wind up having to follow them on Twitter or listening to them on the radio.

Sometimes, you get an update from an unexpected source. Like my sister, who doesn't usually watch soccer.

SISTER: Are you watching the Arsenal/Aston villa game? I've never seen 3 goals scored that fast in soccer since parks and rec
ME: I'm not. Gonna try to find it now though
SISTER: do it....it's nuckin futs

Let's ignore that it's a World Cup year and just run with being told to go watch soccer by my sister.

Carden's Goal Of The Weekend: Niko Kranjcar Scores A Beauty Of A Free Kick

Because of how close the free kick is to the 18-yard box, Kranjcar has to get it up over the Stoke City wall and down into the goal without much room for error.

The one thing that made me chuckle during this video: the goalie. He realizes it's going to go in a little late, and his dive is pretty awkward. It's not like he would have saved it anyway.

Forget everything I wrote at the top of this post. This was a brilliant goal from West Ham's Diafra Sakho. Not a bad way to grab your first Premier League tally.

2 Replies to “The 6 Things That Mattered In The Premier League: Louis van Gaal's Burden Of Genius”