Barcelona didn’t exactly start its 2014-2015 campaign on the most auspicious of terms. They swiped their manager from the team who came ninth in La Liga, their most prolific summer transfer was suspended until late October and they knew they would be losing a club legend at the end of the season.

No team in Europe has won two trebles. Here are five reasons why Barcelona could be the first team ever to do just that with a win against Juventus in the Champions League Final.

Their counterattack is the most murderous thing in soccer

The reason why this team does not resemble the previous treble-winning Barcelona is that Barca is damn near unpredictable now. They’re capable of playing like they did under Pep Guardiola years ago, putting a premium on possession before finding that incisive pass. But Barcelona are at their most dangerous when they’re hitting people on the break.

This is how they get you.

All it took was one outlet pass to Lionel Messi on the wing waiting to pounce, and it was on. You have the world’s most potent strike force of Messi, Neymar and Luis Suarez all bearing down on a defense that, just a few seconds ago, was looking to support its attack.

It’s like a counter-puncher in boxing: Hit your opponent after he tries to hit you, and you’ll hit him when he’s least prepared.

If you watch videos of goals the Barcelona attacking trio has scored this year, you’ll see a lot of close-range goals scored with defenders out of position and helpless. That’s the sign of a good counter.

Fullbacks who push the tempo

The guy who gets the assist in the clip above is Jordi Alba, who sprinted all the way from defense into the opponent’s box to get the all-important touch to leave Atletico’s keeper completely helpless.

As a left fullback, part of Alba’s job is to help Barcelona transition. When a transition happens in a blink of an eye, it’s important to have offensive-minded fullbacks, like Alba and his right-sided counterpart Dani Alves, to push up and provide outlets to attacking players while still being able to hustle back and defend when called upon.

Some teams have moved away from fullbacks, opting for three central defenders instead. It’s hard to find a good fullback who can cope with his defensive responsibilities, add to the attack and be quick enough to transition from one to the other quickly.

Barcelona has two and another on the bench.

Messi has room to work on the flank

Go back to that clip one more time. See where Messi is when he receives that pass? He’s further inside his own half and wider than he was for most of the time he played under Guardiola.

There are pros and cons to Messi playing centrally. The good part is that he’ll be around the play more often, especially in the box. He gets more touches … unless you pack defenders around him.

This became the anti-Barca tactic: Pack the midfield, sit back and defend like hell until you caught Barcelona on the counter.

But when you move Messi out to the wing, it actually opens up the game more. Teams are willing to send central players out to the flank to stop him, which opens things up for the rest of the team.

And it doesn’t stop Messi from doing it all by himself.

Javier Mascherano can save Barca defensively

This is the crazy thing about Barcelona: They have special talents all over the field. While Messi or Suarez or Neymar does something special up front, Javier Mascherano can do it defensively.

In the back line, that special talent is Mascherano. Nobody tackles quite like the Argentinean, who is technically more defensive midfielder than center back. It’s the kind of tackles Mascherano puts in, too. His specialty is of the last-ditch variety, saving his team from nearly certain goal-scoring opportunities.

He gets his man more often than not, extending his leg at just the right moment or stepping up to intercept an errant pass.

And he usually puts his man on the ground while keeping from committing fouls at the same time.

So, briefly: A stalwart last line of defense with a keen sense of timing who puts his opponents on the ground cleanly. That’s a luxury.

Xavi is one of those players who is just synonymous with Barcelona, like Messi and Andres Iniesta. This Champions League Final will be his last game at the club, holding off retirement to (presumably) line his pockets while playing at least one more season with a club side in Qatar.

Xavi probably won’t start, but he’ll have to be on the bench in this game. If he wins, one of the greatest players in Barcelona’s extremely rich history rides out on a high, with his 25th piece of silverware for the team.

Whether it’s Barcelona or Juventus who raise the Champions League trophy high in Berlin Saturday, you can bank on one thing: Barcelona will come to play quick, direct, attacking soccer. The result will be a final worth watching, whether you’re a casual or die-hard soccer fan. 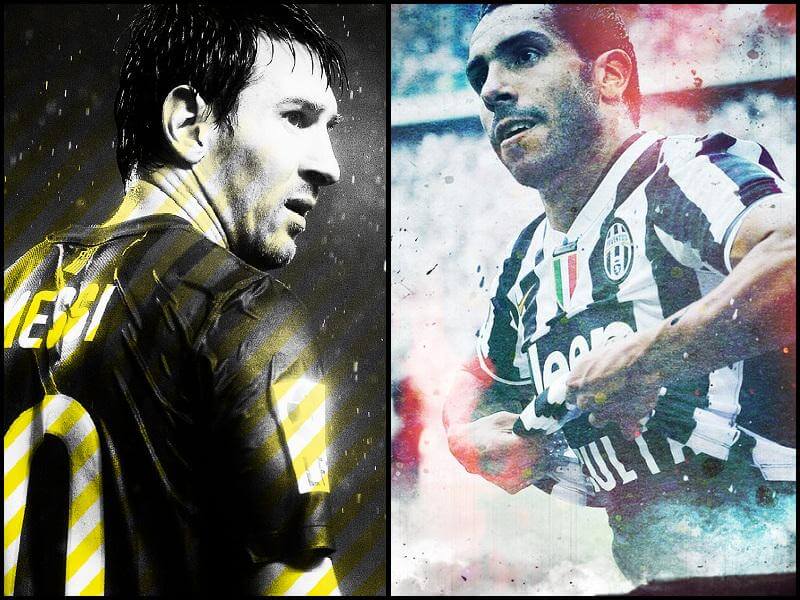