The 2021 MLS Superdraft took place on Thursday, providing all teams with a chance to secure some stars for the future.

Although most of the attention pre-draft focussed on which players would be taken in the top five, history has shown that prospects selected lower down the board can go on to have fantastic careers. Michael Bradley, Geoff Cameron and Jozy Altirdore, were selected after the first round, yet all three went on to impress both at home and abroad.

However, these players are very much exceptions to the rule. Generally speaking, the top three draft picks are the ones who attract the most media attention. Past number one picks include Freddy Adu, Maurice Edu and Jack Harrison — the latter of whom is currently impressing in the Premier League for Marcelo Bielsa’s Leeds United. Number two and number three picks have also yielded future stars previously, such as Darlington Nagbe, Brek Shea and Bakary Soumare.

With that in mind, here is everything you need to know about the top three picks in this year’s 2021 MLS Superdraft.

As the only expansion team included in this year’s draft, Austin FC were always guaranteed the number one pick. In the weeks leading up to draft night, it was widely expected that the MLS newbies would take either Philip Makaya or Calvin Harris.

However, Austin sporting director, Claudio Reyna, surprised us by instead opting for Virginia Tech’s Daniel Pereira. Arriving in the United States aged 15, the Venezuelan starlet primarily operates as an attacking midfield, though he is also comfortable in more of a box to box role as well.

In an interview with the MLS website, Pereira admitted that he was surprised to be taken as the number one pick.

“I wasn’t really expecting to be No. 1 because of all the mock drafts, it’s an honor,” he said. “I’m really happy. My family is crying, it’s a moment I’ll never forget.”

Despite his modesty, Austin manager Josh Wolff tipped the player to be a big success,

“For the way we want to play, we felt he fit a lot of the needs we’ll expect in that part of the field,” Wolff said.

“He plays a number of positions in the midfield, he’s very comfortable between lines. We’ve picked up a player who is ready to come in and play in MLS but also has room to grow. He’s a hungry, humble player.”

Despite being widely tipped to be the first player taken in the draft, Makaya ended up falling to three, much to the delight of the Colorado Rapids.

The hype surrounding the Kenyan is huge with many describing him as the most well-rounded midfielder available in the draft for some time. The latest talent to be produced by the Clemson Tigers — fellow Tiger Kirmani Smith was also taken by D.C. United with the fourth pick — his college coach Pat Noonan predicted Makaya would make a splash this season.

“[Colorado] are going to be really happy, because he’s really coachable, he’s talented. He’s going to get better over the next two or three years, there’s no question about that,” he said.

Elsewhere, Calvin Harris, the highly rated forward, rounded off the top three. He was taken by FC Cincinnati after impressing for Wake Forest. Born in Middlesbrough, England, Harris has enjoyed a peculiar career so far.

Undergoing his youth career with Wellington Phoenix in New Zealand, he then moved to the United States, enrolling at Wake Forest soon after. FC Cincinnati seriously struggled for goals last season, but anyone expecting Harris to immediately solve that may need to be more patient.

2021 MLS Superdraft: Everything to Know About the Top Three Picks 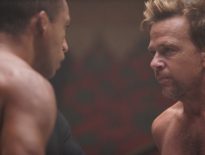 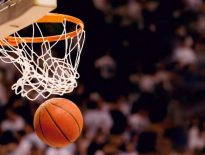