It’s been an extremely exciting Tokyo Olympics, and sports fans from all over the world have tuned in to watch the action. There has been plenty of exciting moments, along with major talking points over the last fortnight. How are Team USA faring?

With a couple sports making their Olympics debut this year, sports fans have had more action than ever before to watch and enjoy. After waiting an extra year for the Olympics to happen, we’re certainly happy that it has now gone ahead.

There’s only three days left at the time of writing, and that means there’s not too much longer for athletes to get their hands on Olympic silverware. As things stand, Team USA are sat in second place in the medals table, with a total of 29 Gold medals, 35 Silver medals & 27 Bronze medals.

For those who aren’t aware, the medal tables are ranked by the number of Gold medals a country has won, and as a result, Team USA are second behind China. Currently, the No.1 country have a total of 34 Gold medals, and are looking to maintain their position at the top.

However, with that said, Team USA are standing alone in regard to the number of total medals, with a huge 91 heading back to America – so far. This is a total 17 ahead of China, who currently have the second highest medals overall. Here’s the main sports & events where Team USA have found success:

Track and Field athletes have been itching to get onto the track for almost five years now, to compete with the best of the rest. Now finally here, it’s no surprise that there has been so much excitement around both the track & field athletes.

For Team USA, it’s been evenly spread across the men’s & women’s events that have contributed to their overall medals. Team USA are the only country to have double-digit medals overall – and have a massive total of 20! A total of five gold medals also means Team USA are leading the track and field, and there’s plenty of medals still to be awarded!

With ten more total medals than any other country – at the time of writing – Team USA have been extremely successful in the pool. Now with 30 medals – 11 Gold, 10 Silver, 9 Bronze – it’s safe to say that Team USA have dominated the swimming events, which is unsurprising in Olympics history.

Swimming star Katie Ledecky has collected three singles medals so far, with Gold medals in the 800m freestyle and 1500m freestyle, as well as a silver in the 400m freestyle event. In a similar fashion, Team USA’s Caeleb Dressel has also been awarded three medals – all Gold! He won the 100m butterfly, 100m freestyle & 50m freestyle events!

There’s still time! The majority of the best US bookmakers are still offering many opportunities to place a wager or two. Check out our bookmaker reviews to find the best online sportsbooks, along with user reviews – don’t just take our word for it!

We recommend signing up to BetMGM – the No.1 betting site for sports today! 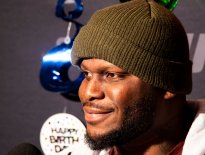 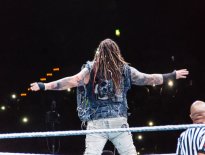 Homepage Possible Opponents for Bray Wyatt Following his Re…
0