Russian Ice Hockey veteran Alexander Ovechkin scored in a 4-2 loss against the New York Rangers on Thursday, and passed Mike Gartner to become the 7th highest scorer in history of the NHL.

Now with a total of 709 goals on his record, Alex Ovechkin has surpassed Mike Gartner for seventh place for most goals in NHL history. Before Thursday’s game against the New York Rangers, Ovechkin was tied with Gartner with 708 goals. Afterwards, this was not the case.

In a well-fought contest at Madison Square Garden on Thursday, the New York Rangers came out on top against the Washington Capitals, winning 4-2 and getting an all-important win.Despite the loss, Capitals forward Ovechkin managed to get his goal, and claim seventh place on the list for most goals in NHL history.

In a post-match interview, Ovechkin appreciated his goal and what that means to his overall tally: “Yeah, it’s great to move on. Not done yet. Just try to enjoy my time right now and try to enjoy this moment.

“The team, obviously it (stinks) we didn’t get the point, but, you know, beginning of the year, we’re just trying to find our game”.

Capitals coach Peter Laviolette also wanted to say a few words about his forward’s great achievement, and said: “It’s an amazing accomplishment. I thought Alex was hunting the whole night. He was firing and he was firing from all over.

Laviolette added: “I’ve watched him for so many years from a different bench, and to actually be on the bench and appreciate his talent, it’s even more special. So, it’s a great accomplishment for him.”

6th Spot in Sight for Ovechkin

The next spot on the list (sixth) isn’t too far away, as Ovechkin is only eight goals behind Phil Esposito, who has 717 goals on his record. Now age 35, the hockey veteran has been with the Capitals for a total of 16 seasons, and began his scoring spree immediately. The Russian star broke onto the NHL scene back in 2005 scoring twice on his debut against the Columbus Blue Jackets.

Fast forward to last season, where Ovechkin co-led the NHL with 48 goals alongside Bruins forward David Pastrnak. Ovechkin is the real-deal, and has been argued as the greatest goalscorer of all-time. Considered a hockey legend by many around the world, Ovechkin had to miss four games of the current season due to the NHL Covid-19 protocol. However, now with 3 goals on his tally for the season, there’s no doubt Ovechkin will be looking to add to his total and work his way up the list even further.

Only time will tell if he will reach the current no.1’s total – Wayne Gretzky holding the record with an outstanding 894 goals from his NHL career. 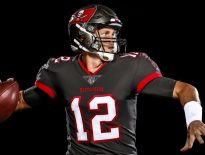 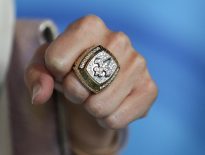