After they picked up big wins at UFC 263, we look forward at what could be next for these main card fighters:

In one of the most dominant fights of the night, Scottish grappling ace Paul Craig breezed through Jamahal Hill, pulling guard to lock up a tight armbar and claim an impressive victory just two minutes into the first round.

Whilst partying with Hill following the fight (How could anyone not love MMA?) Craig was awarded his BJJ black belt from longtime coach Brian Gallacher and has now gone five fights undefeated in the UFC’s light heavyweight division.

Many had speculated prior to the fight that Craig was being set up as a stepping stone for Hill’s inevitable ascent up the rankings, but by flipping the script the Scotsman will likely be due a step up in competition for his next fight. Former UFC title challenger and #6 ranked light heavyweight Anthony Smith is riding a two-fight win streak and would surely prove to be a great fight between two grappling experts that aren’t afraid to fight on the feet.

Belal Muhammad has been perpetually unlucky during his recent UFC run. Muhammad secured arguably the biggest fight of his career earlier this year in his first main event spot against fellow list entrant Leon Edwards, only for the fight to be prematurely stopped after an intentional eye poke from Edwards forced an end to the fight.

To make matters worse, much of the conversation following Muhammad’s win at UFC 263 in a dominant decision against UFC legend Damien Maia was focused around the 43-year-old Maia’s future in the sport after UFC president Dana White suggested that the Brazilian’s 14-year stint in the promotion is likely over.

However, a win is a win, and successfully navigating the awkward style of Maia will have given Muhammad confidence as he moves up the ranks at 170lbs. Though he is unlikely to be offered a fight with any of the top five of the division, a main card slot against someone ranked 5-10 like Neil Magny could be exactly what Muhammad needs to force himself into title contention.

Speaking of misfortune, Leon Edwards dominated the vast majority of the first 24 minutes of his five-round fight against Nate Diaz on Saturday night and looked set to secure a much-needed signature win. Unfortunately for Rocky, however, Diaz has an uncanny ability to ensure the adoration of spectators even in an otherwise rather one-sided defeat. With less than sixty seconds remaining the Stockton native began to overwhelm Edwards with his pressure and came agonisingly close to securing one of the greatest come-from-behind victories in the history of the UFC.

Regardless, Edwards left with the W that he had come for, even if the circumstances were less than ideal, and can now look ahead to moving forward in the 170lbs division.

With that being said, the logjam of contenders at the top of the division likely means that a rematch with champion Kamaru Usman will continue to elude him, at least for now. So, with his status as a top contender already cemented, it seems like the perfect time to book the grudge match between Edwards and Jorge Masvidal. The two have been at odds ever since the backstage incident in 2019 that left Edwards needing medical attention and now seems as good a time as any to have them settle their differences in the Octagon.

I think I speak for everyone reading this when I say Brandon Moreno is my hero.

After once again finding himself a heavy underdog against reigning champion Deiveson Figueiredo, Moreno stepped up to the occasion by putting in a career-best performance and vanquishing the fearsome Figueiredo in the process.

Mexico has long been recognised as one of the great exporters of talent in boxing, and Moreno could well serve as a trailblazer for the country’s adoption of MMA. With that in mind, the UFC would do well to capitalise on its new Flyweight Champion’s burgeoning star status and allow him to headline an event in the country.

Who would be a worthy opponent for such an occasion I hear you ask? Well, while the trilogy with Figueiredo would certainly be an option, a sure-fire way of ensuring maximum attention for the event would be for Moreno to face returning former UFC two-weight world champion Henry Cejudo.

After failing to capture his second UFC title earlier this year, many speculated that some of the aura surrounding UFC Middleweight Champion Israel Adesanya had somehow gone away.

Not only did this flawed viewpoint fail to recognise the massive achievements of defending champion Jan Blachowicz, but it also did a disservice to the talents of Adesanya particularly considering that it is still just three years since the Nigerian born kickboxer made his UFC debut.

On Saturday Izzy offered a stern reminder of his status as the greatest fighter in the world at 185lbs, refusing to let game opponent Marvin Vettori implement his gameplan, and comfortably winning on the judge’s scorecards.

With wins over 4 of the top 5 ranked contenders in the division, it may seem like Adesanya has entirely cleaned out all potential opponents, but a fresh opponent seems unlikely for the champion’s next bout, a rematch with former UFC Middleweight Champion Robert Whittaker would be a great way for Izzy to continue cementing his legacy at 185lbs. 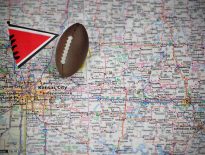 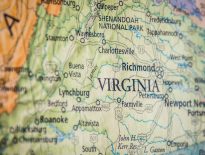