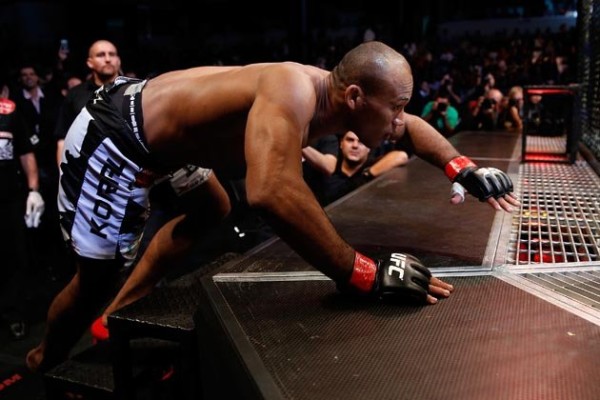 Souza stepped out into the first round of the co-main event as if he had been there before. He wasn’t flashy or cocky, just confident. Souza fought with composure while the fight was standing, but everyone who knows about Souza’s accolade-ridden Jiu-jitsu background—not least of which includes a submission against arguably the greatest grappler of all time, Marcelo Garcia was waiting to see the fight go to the ground. Souza didn’t disappoint—he took Camoozi down around the two-minute mark. After a few seconds of defense from his back, Camoozi made a mistake, allowing Souza to pass his guard. Seconds later Camoozi fell victim to an arm triangle choke. Those waiting for a tap, however, didn’t get what they wanted to see. Souza applied so much pressure so quickly that Camoozi went unconsciously limp, causing the referee to step in to stop the fight. 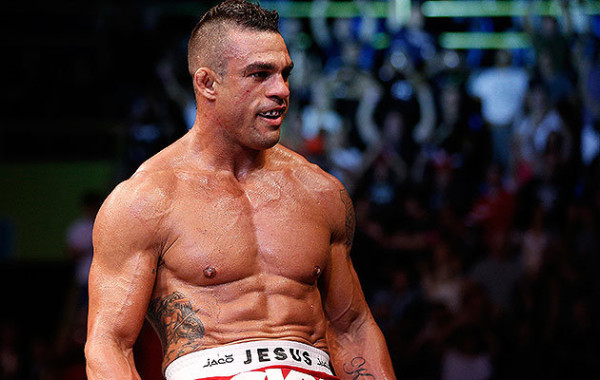 As Dan Cormier explained in several post-fight interviews after his defeat of Frank Mir, on UFC on Fox 7, the “UFC jitters” have the ability to affect your fight plan. Cormier warned Rockhold not to let the jitters get to him. Easier said than done. From the opening seconds of his fight, Rockhold looked slightly stiff and off-balance—he even threw a wild high kick that swept himself off his own feet. Soon after came a poor takedown attempt that Belfort easily evaded. A few brief moments later Belfort unleashed a spinning hook kick that looked like it was choreographed for a Jean Claude Van Damme movie. It was nearly on par with the highlight reel front kick that Anderson Silva used to KO Belfort two years ago. Rockhold went down immediately, and in characteristic form, The Phenom pounced on him with relentless ferocity. The referee stepped in to save Rockhold at 2:32 of the first round.

Even with Rockhold’s loss, the addition of these two Strikeforce fighters to the UFC roster has breathed more life into an already exciting middleweight division. The caveat, however, is that excitement exists in the hunt for the number 1 contender spot, not in the championship fight. Anderson Silva still stands leaps and bounds ahead of anyone else in the division. I’m looking forward to watching him face off against Chris Weidman, but I doubt he’ll even come anywhere close to replicating Chael Sonnen’s success in his first outing against Silva—more to come on the Silva-Weidman match-up as the fight approaches. In his post-fight interview, Souza said he wanted the winner of the Rockhold-Belfort. Will the UFC grant him his wish? I hope so. And if I’m Souza, I’d walk out into that fight with the same composure as this fight. After all, what’s to fear when the man you face every day in practice is the great living fighter, Anderson Silva? If anything, working out with the man that knocked out my future opponent has to be very encouraging.