It’s official, the queen of the UFC has a return date. On Dec. 30 in Las Vegas, Ronda Rousey will make her much anticipated return to the octagon and attempt to reclaim the UFC bantamweight title from Amanda Nunes.

Rousey has been away from the sport since suffering the only loss of her career at the hands — and legs — of Holly Holm. For most UFC fans, Rousey has been out of sight, out of mind during her absence. She was, at one point, unquestionably the UFC’s greatest and most popular star. Now it seems, however, that Rousey has all but been forgotten, so it begs the question: Does the UFC even need Ronda Rousey?

Let’s refresh ourselves really quick on just how damn good "Rowdy" really was inside the cage. Prior to her loss to Holm, Rousey was a career 12-0 (6-0 in the UFC). All 12 of her victories ended either in a TKO, KO or armbar. There is a strong argument to be made that Rousey was the most dominant champion the UFC has ever seen.

She isn’t the only dynamic fighter employed by the UFC, however, and no longer is she even the most popular. That spot belongs to Irish superstar Conor McGregor. And while McGregor seems to be taking the UFC to heights never before reached, none of it would be possible without Rousey. She’s the trailblazer.

At the height of her fame and dominance, Rousey, not McGregor or any man for that matter, was the highest paid UFC fighter. Between June 2014 and June 2015, Rousey earned over $3 million in winnings and, even more importantly, $3.5 million in endorsements. The UFC had its ticket to mainstream America.

Rousey’s endorsers were beyond the UFC itself, as she was a face for Reebok, Monster headphones, MetroPCS and even Carl’s Jr. She attracted sponsors that were previously unreachable by UFC men. Rousey came into a sport and corporation dominated by men, put them on her shoulders and carried them into American living rooms.

The UFC had always had a foothold in the fighting community and obviously drew in a heavy male audience, the heaviest among all seven major sports in 2014, according to Bloomsberg Businessweek. Ronda Rousey changed all of that. 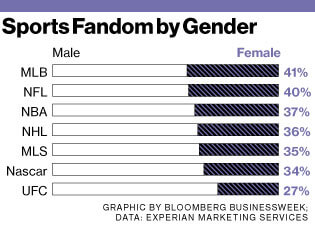 No longer was this a sport for just the boys to enjoy. Now mom and sister had a reason to watch, and the UFC had an entire new population to market to. If it wasn’t for Rousey’s dominance, the UFC may still be stuck in the exact place it was before she arrived.

With all of that being said, the UFC no longer needs her, if you will.

Before Rousey, the UFC would have begged for a transcendent star capable of carrying it. Dana White and Co. would have sold their souls for an athlete popular enough to entice mainstream companies to support them. They would have gladly placed all of their eggs in one basket, praying that a single fighter could move the needle like Ronda. At this point, they no longer need that and are better off because of it.

All major sports are stronger when they no longer have to depend on one superstar to keep them relevant. While LeBron James and Tom Brady are the biggest names in their respective sports, neither the NBA nor the NFL is solely dependent on either of them for the success of its league. The UFC has finally reached that point.

If not for Rousey, many Americans may have never tuned in to the UFC. Whether it was her in-ring fighting, the commercials on TV or even her gracing the cover of ESPN's "Body" issue, she got eyes to the screen. Rousey, nearly singlehandedly, made the UFC self-sustaining.

While the UFC and many fans would love to see one of their most marketable stars come back and reclaim her spot atop the bantamweight division, truth be told, the UFC will be just fine if she doesn’t. The UFC no longer needs Ronda Rousey, ironically because of Ronda Rousey.

A writer and politican of all things college football and college basketball from Boise State to UCA and beyond.