With the MMA back in full swing, we look forward to some of the biggest fights of the coming month:

With all the great fights taking place this month that didn’t quite make this list, a bout between a debutant, and a fighter who has lost their three fights, may seem slightly out of place on this list.

However, when two-time Olympic gold medalist and reigning three-weight boxing world champion Claressa Shields makes the walk to the cage on June 10, MMA fans everywhere should be tuning in.

Well, it is fair to say that the higher weight classes of women’s mixed martial arts are not exactly blessed with an endless stream of prospects, and if Shields can develop the requisite skills to showcase her incredible striking, we could be witnessing the beginning of a collision course that eventually ends with a fight with Amanda Nunes.

Of course, Shields being able to do what so many other decorated boxers turned-fighters before her failed to do is by no means a certainty. However, this fight offers the opportunity for her to get some experience in the cage, and possibly even showcase some of the skills that have made her so accomplished in the squared circle.

With more than a decade’s experience fighting high-level competition in Bellator’s welterweight division, Douglas Lima has established himself as one of the greatest talents never to have graced the UFC Octagon.

A clinical striker with some of the most devastating leg kicks in MMA, Lima’s most recent fight saw him unsuccessfully attempt to become a double-champ losing to Gegard Mousasi at 185lbs.

At his usual home of welterweight though, Lima is an entirely different animal. The Brazilian has lost just twice in the division since 2013 to Rory MacDonald and Andrey Koreshkov, and went on to avenge both losses.

If Lima is to continue his run of dominance, however, he will have to become the first man to defeat the former World Combat Sambo Champion Yaroslav Amosov at Bellator 260. The Ukrainian has notched up a perfect 6-0 record inside the Bellator cage, and is already drawing comparisons to fellow Sambo practitioner Khabib Nurmagomedov.

When it comes to high-level matchups outside of the UFC, you really can’t get much bigger than this.

When it comes to enigmatic mixed martial arts fighters, few can even come close to the Diaz brothers. After all, Nate in particular instantly became one of the biggest names in the entire sport with his shock win over Conor McGregor at UFC 196.

In the more than five years that have passed since that fateful night, Nate has fought just three times in the UFC. So, when it was announced that the pride of Stockton California would be returning to face surging British prospect Leon Edwards more than a few eyebrows were raised across the MMA community.

Edwards has been utterly dominant since being defeated by current welterweight king Kamaru Usman back in 2015, and believes that a win over Diaz will be the catalyst to not only earn him a rematch with Usman but also propel him into mainstream fame.

For Diaz on the other hand, this fight represents an opportunity to prove that he can still be competitive with the new crop of talent that has emerged at welterweight in the last five years.

Regardless of what happens, Diaz has proven time and time again that he is must-see TV, and with Edward’s current form this bout is not one to be missed.

One of the most difficult things about making a success out of a sequel in any format, is navigating the inevitable comparisons that will be drawn to the original.

This is particularly true for rematches in MMA.

When a legendary back-and-forth fight takes place fans will always be clamouring for a rematch, and with how Figueiredo and Moreno went to war in pursuit of the UFC Flyweight Championship at UFC 256, it was impossible not for UFC matchmakers to run the fight back one more time.

Of course, having shared 25 chaotic minutes of violence together in the Octagon, it is likely that the two fighters will now have a much greater understanding of the other’s tendencies within the cage.

Just a few short years after it appeared that the UFC was going to call time on the 125lb weight class, the division is now entirely rejuvenated and both Figueiredo and Moreno will be looking to carry the title forward for the foreseeable future with a win at UFC 263.

All we know is, if the rematch is even half as entertaining as the first fight, there won’t be any complaints.

After losing his undefeated record in pursuit of a second world title belt at 205lbs, UFC Middleweight Champion Israel Adesanya will be looking to continue his legacy with a return to 185lbs at UFC 263.

As is so often the case in combat sports, Izzy’s loss has brought out a chorus of doubters who believe that the Kiwi’s style has been well and truly exposed in his loss to Jan Błachowicz at UFC 259.

The man tasked with attempting to replicate Błachowicz’s success has a history of his own with the defending champion. Marvin Vettori was on the wrong side of a close decision with a burgeoning Adesanya back in 2018 and has since gone on to post an impressive five-fight win streak against some of the toughest contenders at 185lbs.

However, if the Italian is going to capture UFC gold he will need to do what every one of Adesanya’s opponents at 185lbs have thus far failed to, by out grappling the champion. 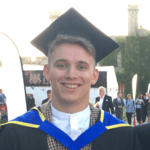 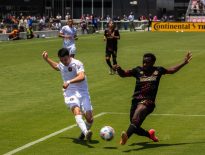 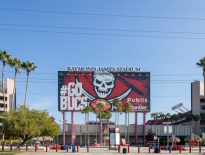