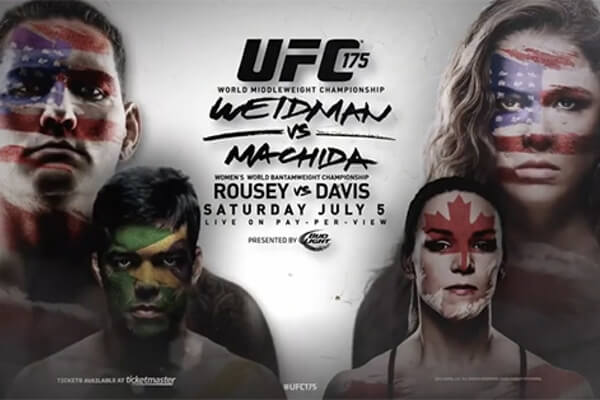 For champions Ronda Rousey and Chris Weidman, UFC 175 was about respect. Despite a pristine 9-0 record going into her fourth UFC title defense, Rousey continued to be plagued by critics and doubters — many of whom based their criticisms largely on her fight persona and antics on The Ultimate Fighter 18. For Weidman, although he’d twice felled the greatest mixed martial artist to ever live, his victories came under such bizarre circumstances that it has been difficult to thoroughly sing his praises. UFC 175 was a chance to set the record straight.

Sixteen seconds. That’s all it took for Rousey to defend her title in spectacular fashion and enter onto the short list of the fastest knockouts in UFC history.

In that short time, you could see that Rousey’s striking has continued to develop. Only one or two fights ago her jabs and crosses seemed slightly robotic, and then once the action got started, became loopy and out of control. Now, they are crisp, straight and on target from the opening bell. We only got to enjoy the improved striking for a fleeting moment because Rousey tagged Alexis Davis hard early, which prompted Davis to make the mistake of leaning in and leaving herself completely open for a hip toss. Ronda quickly trapped Davis’s head and unleashed nearly 10 unanswered punches. About halfway through the barrage, you could see that Davis’s free arm went limp. The referee quickly and intelligently stopped the fight.

There can be little doubt that Rousey is the most dominant female fighter in MMA. It’s also true that she’s not the first to achieve that distinction. Not that long ago, Gina Carano and Cristiane “Cyborg” Santos also wore that mantle. While Carano may be long in the tooth and too far removed from active fighting to present a real challenge, Santos most definitely is not. But if it takes a recognized PED user to present a challenge to Rousey, you know that the champ must truly be something special. After Saturday's performance, there can be no doubting that Ronda Rousey is just that. And with a rapidly diminishing pool of credible opposition, how long will it be before fans, pundits and maybe even Rousey herself starts asking how she might fair against the men of the bantamweight division? 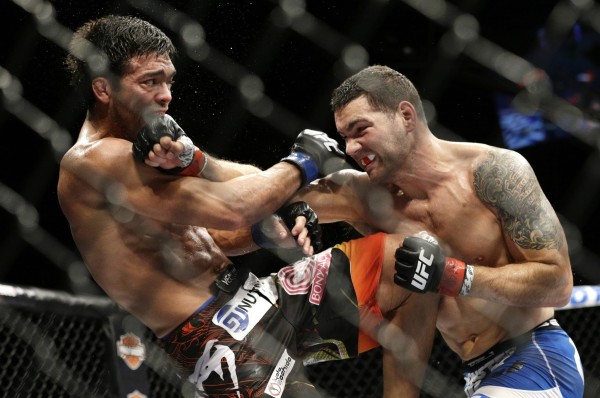 To be the man, you gotta beat the man. – Ric Flair

Middleweight champion Chris Weidman has two victories over living legend Anderson Silva, but because of how he took home the belt, it has been difficult to anoint him the man. Since Weidman can’t travel back in time to find a better way to defeat Silva, the next best thing was taking on, and out, Silva’s longtime training partner and all-time great Lyoto “The Dragon” Machida.

Since he dropped to the middleweight division, Machida has reclaimed much of the swagger he once held at the light heavyweight class. He's seemed as fast as ever but now more aggressive. Combined with his uniquely awkward style and elusiveness, he posed a serious threat to Weidman's rule coming into Saturday's fight.

Unfortunately, Machida only brought his fancy footwork to the fight and forgot much of his newfound assertiveness. Or rather, Weidman did everything in his power to keep that side of Machida’s arsenal from coming out.

For the first three rounds, Weidman pressured Machida relentlessly and pawed his  lead hand in his face, obscuring Machida’s vision and making it difficult for the challenger to rush in. By the end of the third round, not only was it clear who was the predator and who was the prey, but Weidman managed to draw first blood, leaving Machida with a nasty gash on his forehead.

If he continued to fight off his back foot, Machida would not only lose the fight, but he would have given Wediman a relatively easy, and uninspiring, victory. Luckily for the fans, Machida seemingly woke up in the fourth. 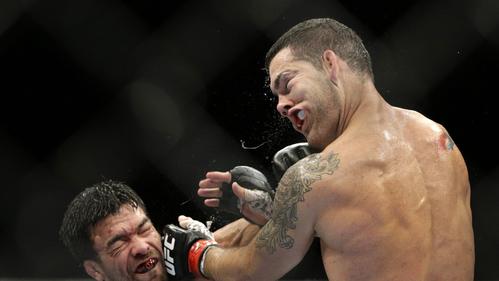 For one round, he found holes in Wediman’s defense and rocked the champion. Machida tried to follow up his attack with a barrage of punches against the cage, but either prudence or tiredness set in and he backed off when he should have gone forward. Either the lack of conditioning or a hyper cautiousness cost him his only real opportunity at taking home the belt. Although visibly fatigued and possibly still hurt from Machida’s blows in the fourth, in the final round Weidman held his ground and took back control of the fight, punctuating his victory with a takedown.

The respect that Wediman had been denied by the unusual nature of his victories against Silva can no longer be withheld. He imposed his will against one of the most dynamic UFC fighters of recent times and overcame adversity with flying colors.

In order to test Weidman further, the UFC will need to put him in against someone who doesn’t wilt under Weidman’s intense pressure, and who actually can dish out some of his own. Machida did his best work when he was willing to step forward and be first. As with Ronda Rousey, however, the best future opponent is also the most tainted. Leading the pack of potential opponents is the proven, aggressive and powerful Vitor Belfort, who like Cyborg Santos has had his dance with illegal PEDs, not to mention the highly questionable practice of testosterone replacement therapy. 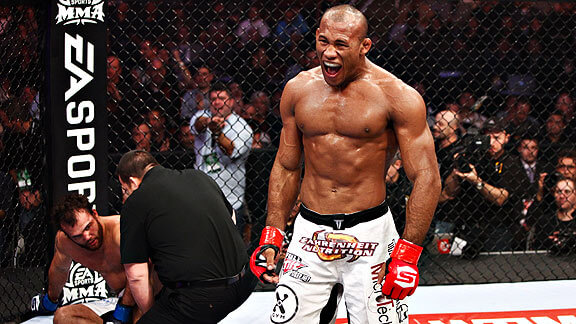 That leaves fourth-ranked Ronaldo "Jacaré" Souza as the next best option — a guy who has never been taken down in the UFC, has landed 47% of all his strikes, and is one of the most accomplished Brazilian Jiu-Jitsu practitioners to step into the Octagon. So long as Souza can defeat Gegard Mousasi in their rematch at UFC 176 in August, there’s a good chance fans will get to see these two dynamic gladiators get it on.