As a professional fighter, it is fair to say that Alexey Oleynik is unique in his approach to defeating his opponents inside the Octagon. Despite not being the largest, and certainly not being the most athletic fighter on the heavyweight roster, the Russian former World Combat Sambo champion has more than earned his Boa Constrictor moniker thanks to his frightening submission skills.

Opposite to the conventional wisdom surrounding submissions in MMA that suggests securing a dominant position before actually attempting to tap your opponent out, Oleynik’s Ezekiel choke has proven so devastating that he can hit it from pretty much anywhere during a fight.

Possibly the best example of this came when Oleynik faced off against Viktor Pesta in 2017. Oleynik allowed his hapless opponent to move into the mount, before synching up a tight choke that forced his opponent to submit. This marked the first time that a fighter had won a fight from the UFC whilst being mounted by their opponent, and is, therefore, more than worthy of a place on this list.

Even those with a passing interest in mixed martial arts have heard of the BJJ wizard, and Joe Rogan smoking partner Eddie Bravo. Bravo developed his system of 10th Planet Jiu-Jitsu as a means of making traditional BJJ more effective in the Octagon. And while former UFC Interim Lightweight Champion Tony Ferguson remains the most successful adherent of Bravo’s system in the UFC, longtime welterweight contender Ben Saunders may lay claim to having the most spectacular application of the art form in the Octagon.

During a matchup with the debuting Chris Heatherly at UFC Fight Night 49, Saunders demonstrated a textbook application of Bravo’s rubber guard system, before transitioning from a triangle choke attempt to an omoplata shoulder lock that forced Heatherly to submit less than three minutes into the opening round.

While we are on the topic of Eddie Bravo, it is probably worth mentioning that one of the BJJ black belt’s biggest contributions to modern submission grappling was adapting a move known to wrestlers as the guillotine and popularising its use as a submission known as the twister.

Unlike more conventional chokes and joint locks, when applied correctly the twister puts significant pressure on its unfortunate victim’s spine and is even outlawed in beginner’s grappling competitions for its potential to do damage.

As you can imagine, when a fighter manages to pull this vaunted move off in competition against another elite combatant, it’s a pretty big deal.

So, who better than the proprietor of all things violence, the Korean Zombie Chan Sung Jung, to be the first to pull it off in the Octagon? And he did, submitting Leonard Garcia at UFC Fight Night 24 with the move back in 2011. To make things even crazier, Jung later claimed that he had only learned the move through watching one of Bravo’s YouTube videos in the days leading up to the fight.

Back before he was in line to fight for the UFC Lightweight title, Charles Oliveria was one of the UFC’s most reliable prospects at 145 and 155lbs.

With seriously high-level submission skills, and a predilection for getting into a firefight, Oliveria has rarely had a dull moment inside the cage throughout his more than decade long UFC run.

However, perhaps the most devastating example of Oliveria’s BJJ skills inside the cage came when he fought Eric Wisely in 2012.

Coming off a 3 fight winless streak, Oliveria appeared determined to cement his place in the organisation with a spectacular finish and he managed to do just that.

After Wisely wisely managed to wrangle his way out of a seemingly tight heel hook, Oliveria transitioned into a reverse calf slicer that forced the American to tap out in the first round.

Though the recent news that UFC Featherweight contender and Abraham Lincoln lookalike Zabit Magomedsharipov is contemplating the future of his fighting career after suffering repeated injuries is sure to worsen any MMA fan’s day, we’re here to remind you of the Russian at his destructive best.

In a fight with American Brandon Davies at UFC 228 in 2018, Magomedsharipov put on an absolute clinic whilst the fight was on the feet, using his diverse striking arsenal to pepper Davies from all angles.

However, things only got more creative when the fight hit the mat. After managing to take his opponent’s back, Zabit did not try to finish with strikes or even attempt a rear-naked choke like many of his contemporaries would’ve done. Instead, the Russian rolled forward, trapping Davies’ leg in a kneebar-like position and forcing him to submit from the rare submission in the second round.

To make things even stranger, current UFC Bantamweight Champion Aljamain Sterling also managed to finish his opponent with the Suloev stretch on the very same event. 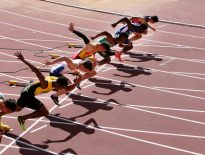 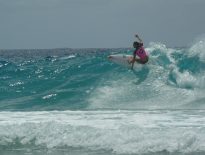 Homepage Surfing | How Australia Is Helping Increase the US…
0